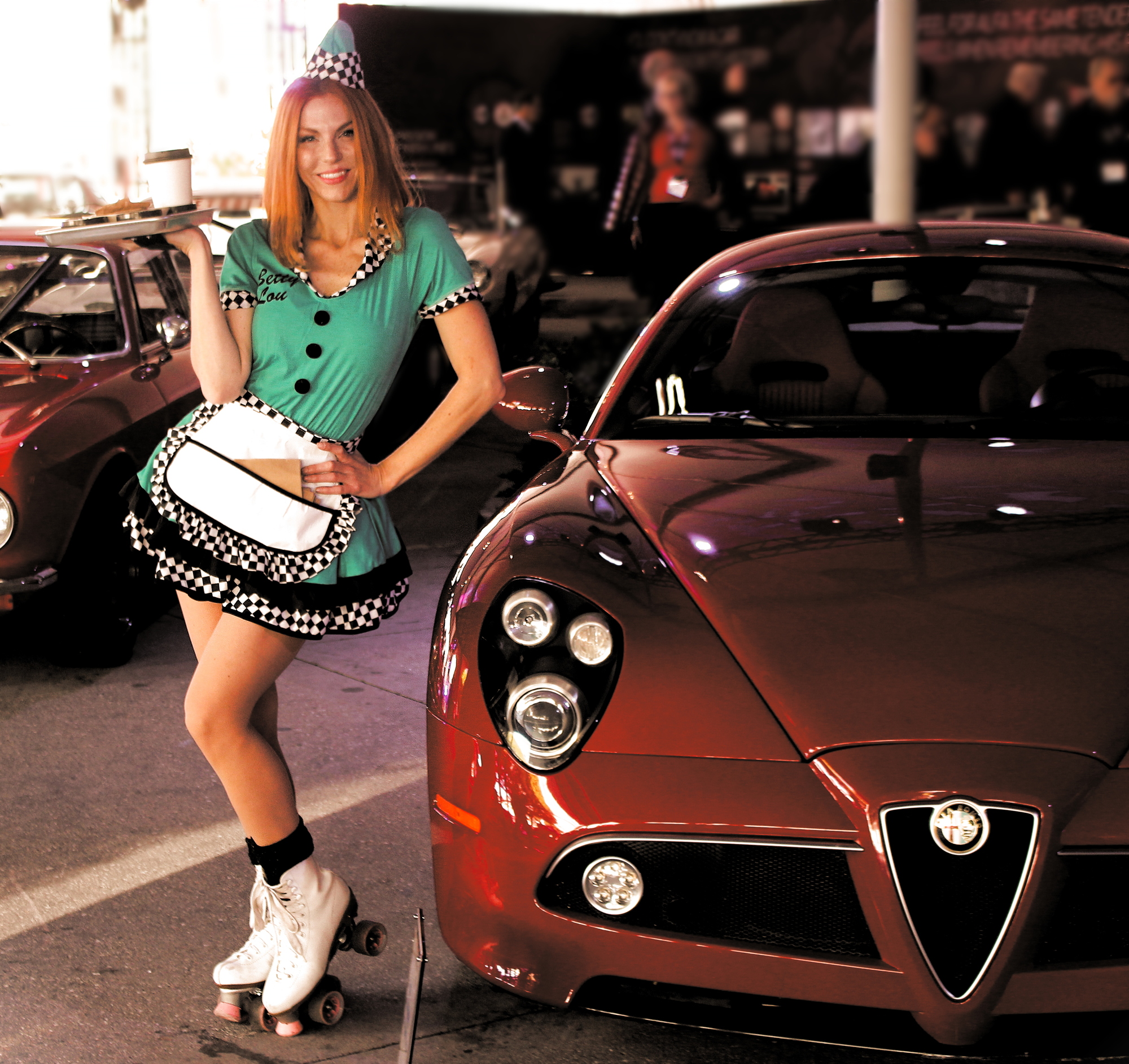 The Los Angeles Auto Show was started in 1907, and has grown dramatically since.  "At precisely 8:00 pm on that historic Monday evening, Los Angeles Mayor Arthur C. Harper formally opened the show by flipping a switch that sent waves of light pulsing through ten thousand globes hanging from the ceiling"

What's Los Angeles without a party? The first night of the press preview, everyone got to experience a 1920's Electro-swing themed party. The party had plenty of entertainment and an incredible amount of alcohol! 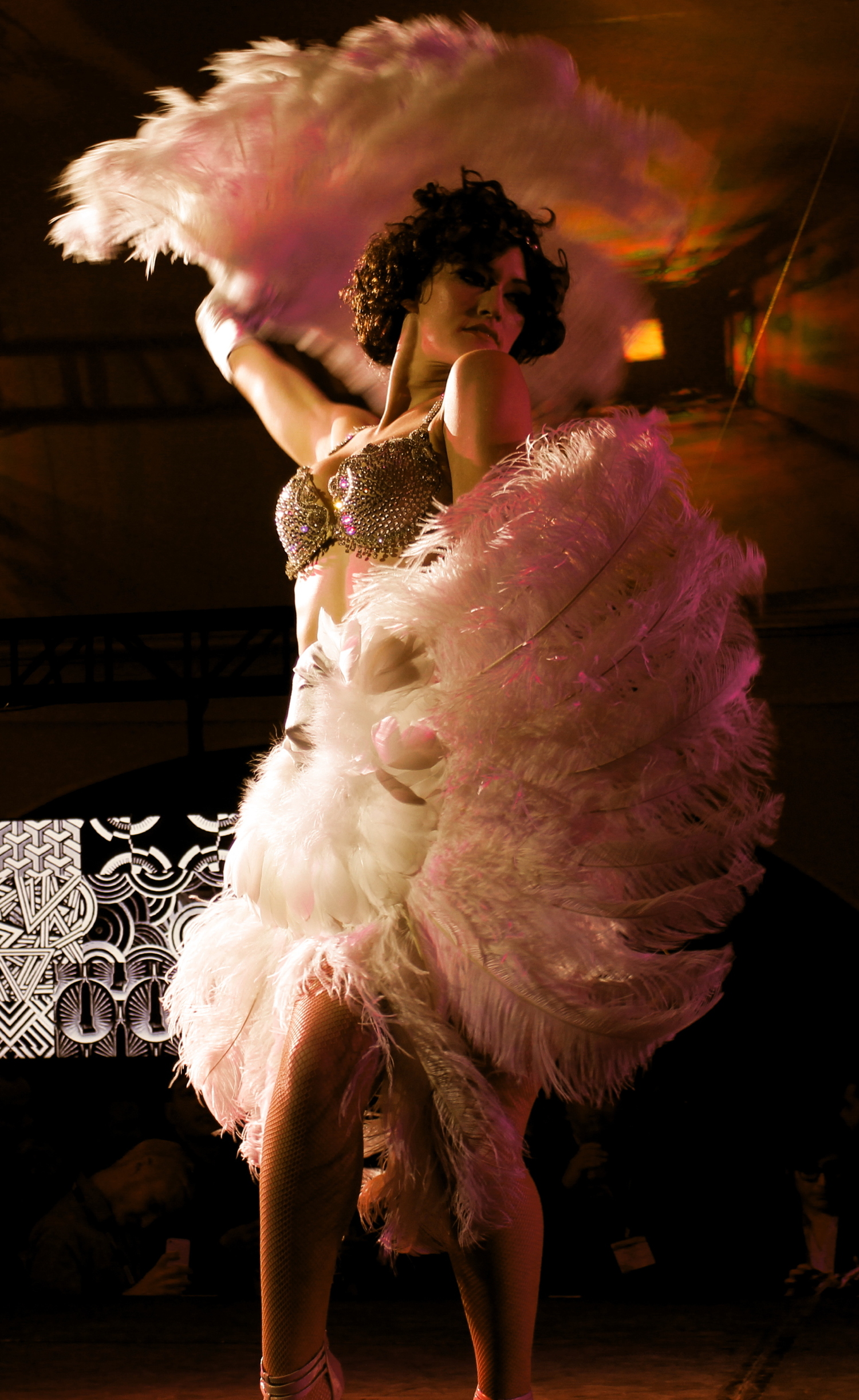 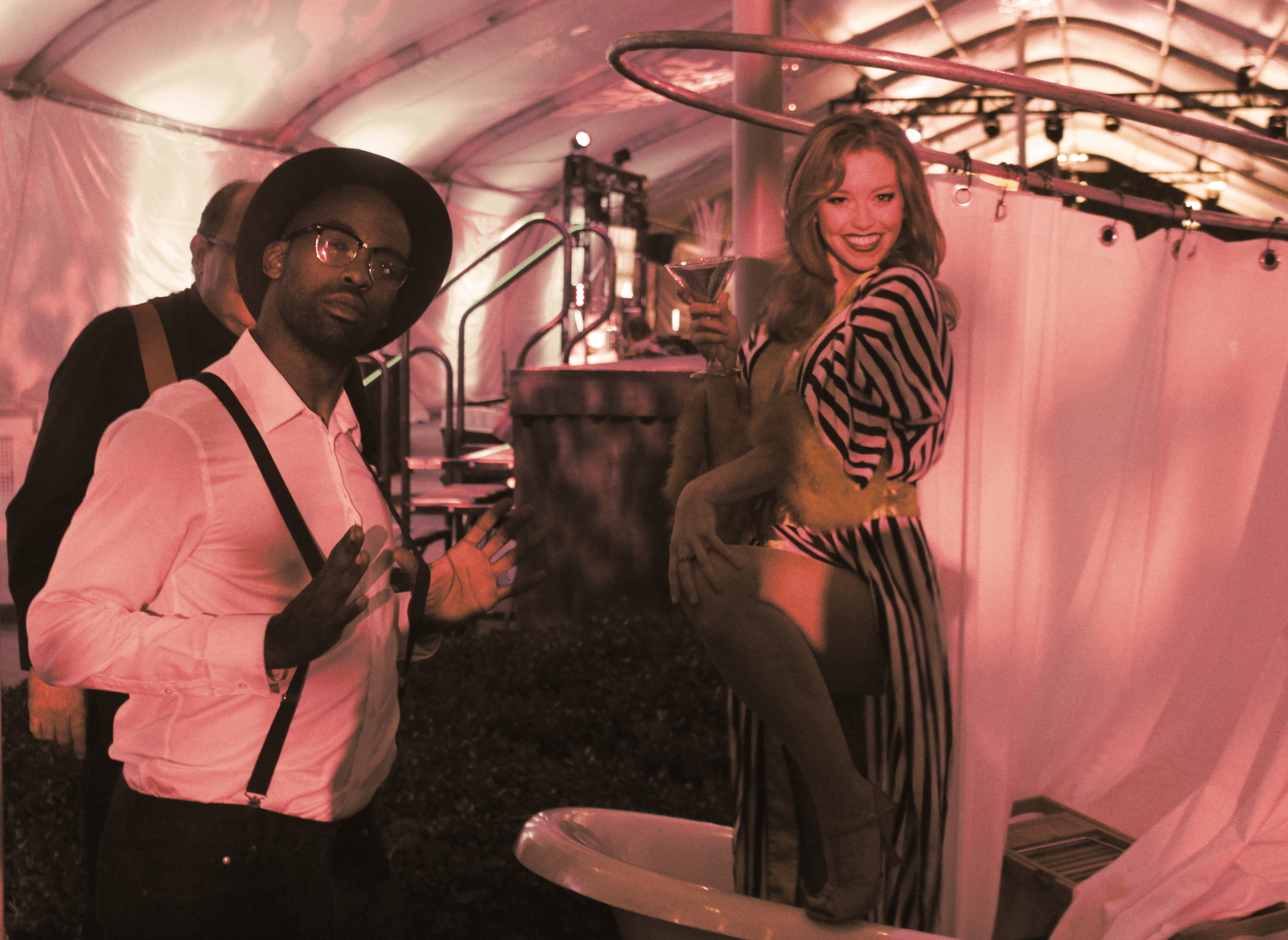 This lady was wearing a 1920's style crazy bra, with a bathrobe, dancing in the bathtub with her partner! 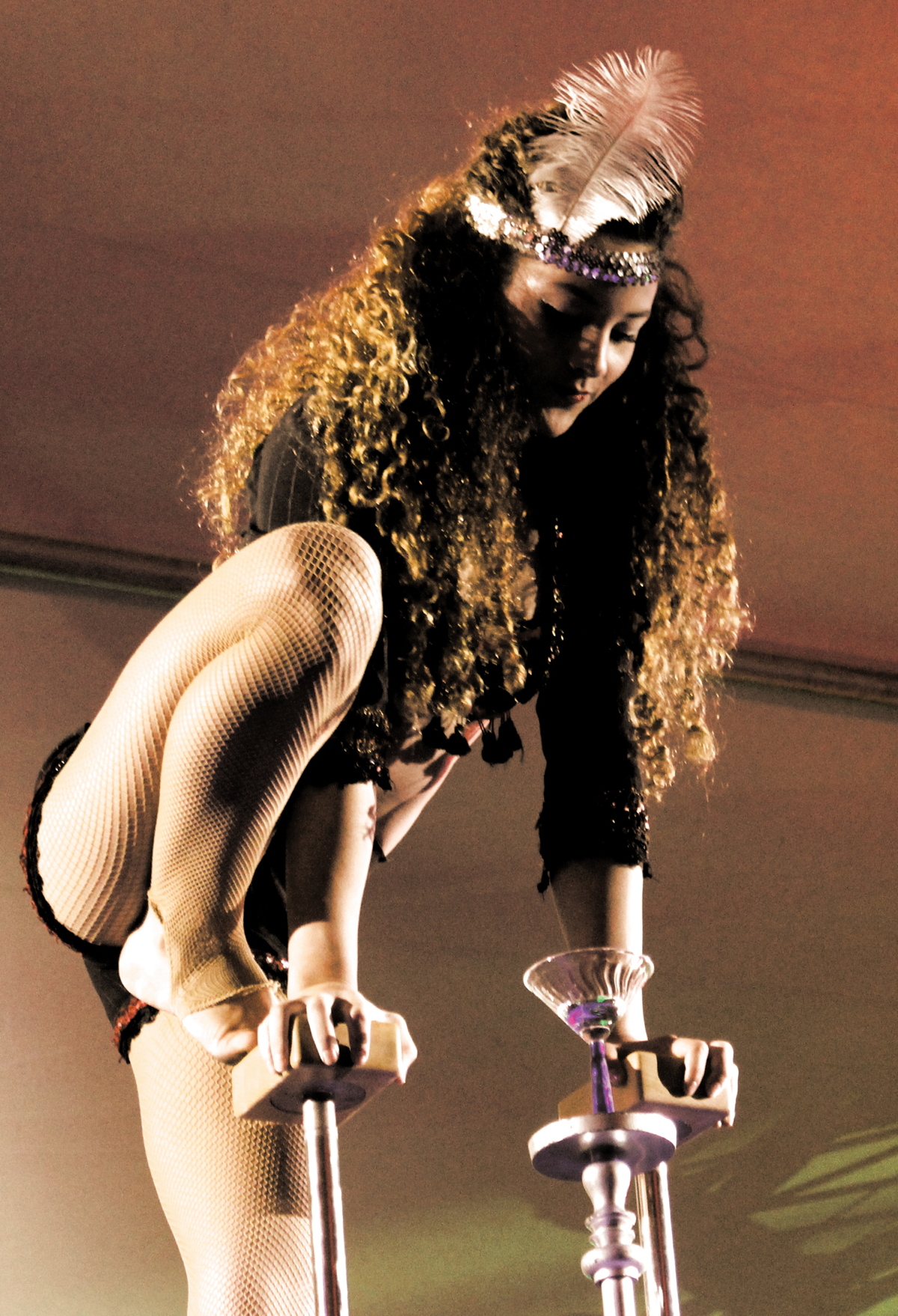 All entertainment needs an acrobat! and Los Angeles sure knew how to pick out the best for the themed party! 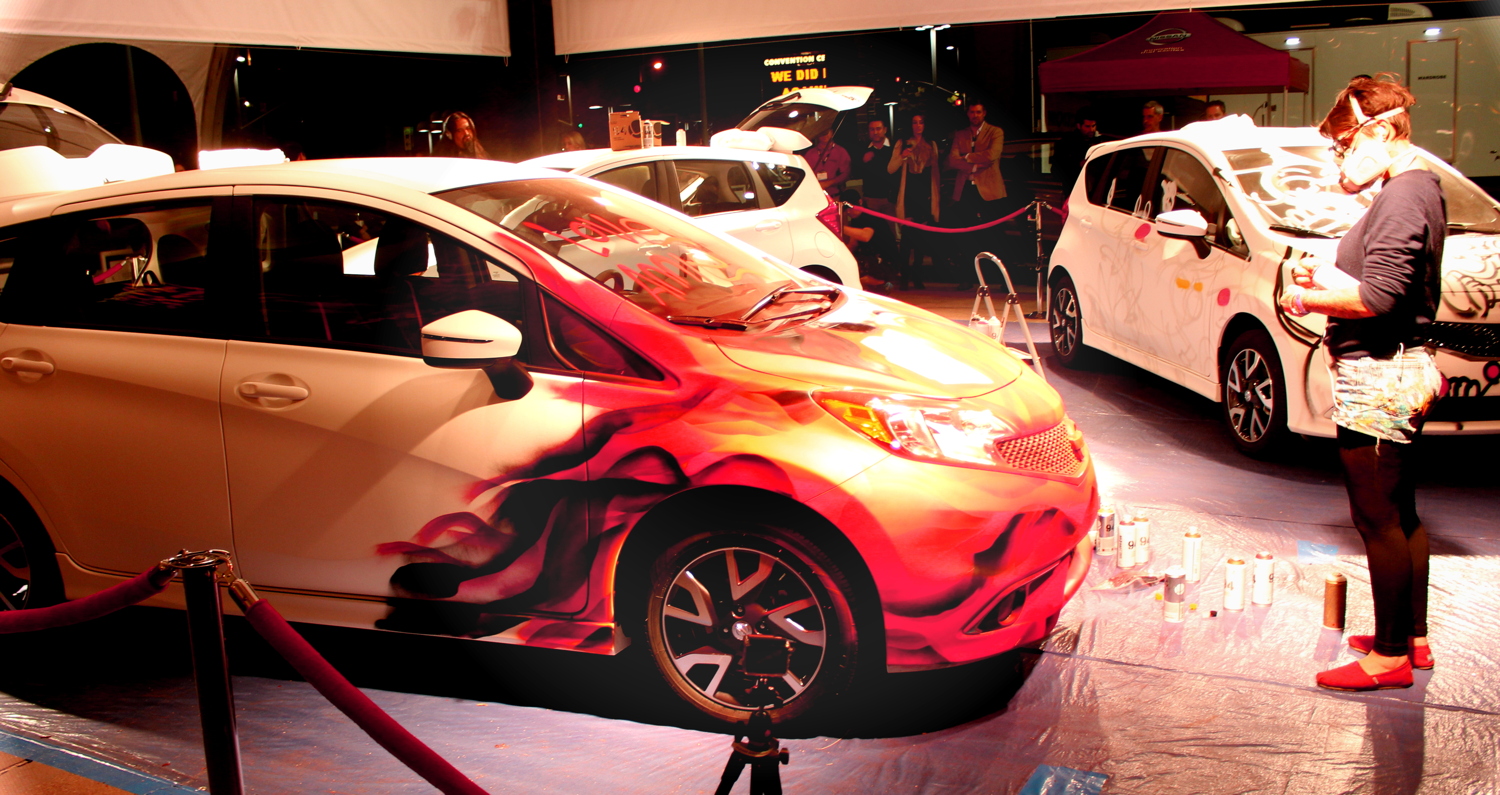 Artwork done by Love Annie. This beautifully bold masterpiece is one of the best ways to cruise in a Nissan Versa Note. 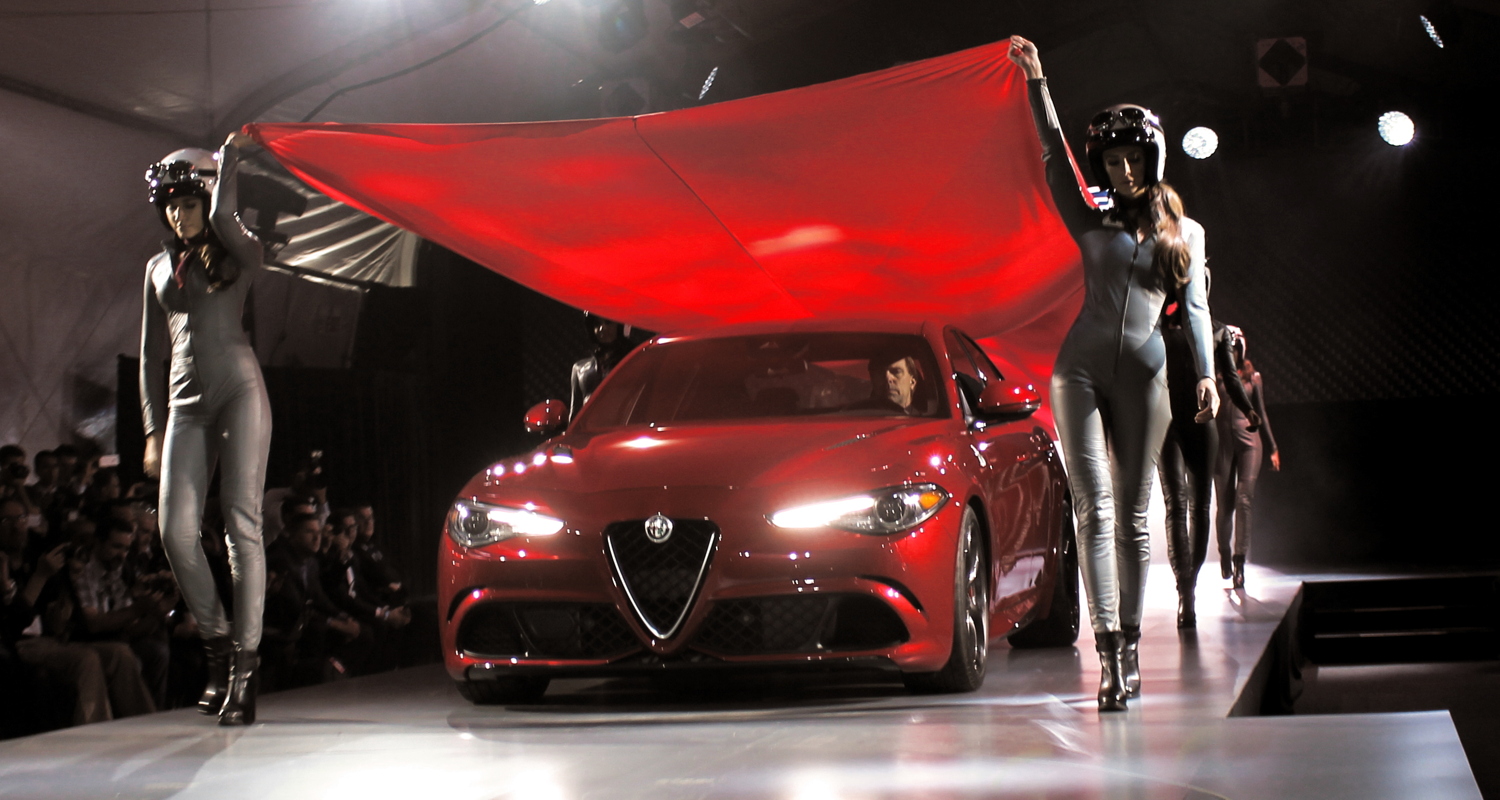 The first conference to take place at the L.A Auto Show was the absolutely stunning debut of the all new Alfa Romeo Giulia. This 4 door has everyones attention now that it's a record breaker in its class.  "Built in Italy, the Giulia Quadrifoglio Delivers Class-leading 505 Horsepower, 0-60 in 3.8 Seconds and a Record-setting 7:39 Nürburgring Lap Time – the Fastest Ever by a Four-door Production Sedan" -Press Conference

Volkswagen tries to keep anyones interest on them by revealing a special edition, Volkswagen Beetle Dune. VW also spent more than half of their press conference time apologizing for all the Volkswagen Defeat Device they had in place to save 400 bucks on each car. For more information on this issue, the link is Here. 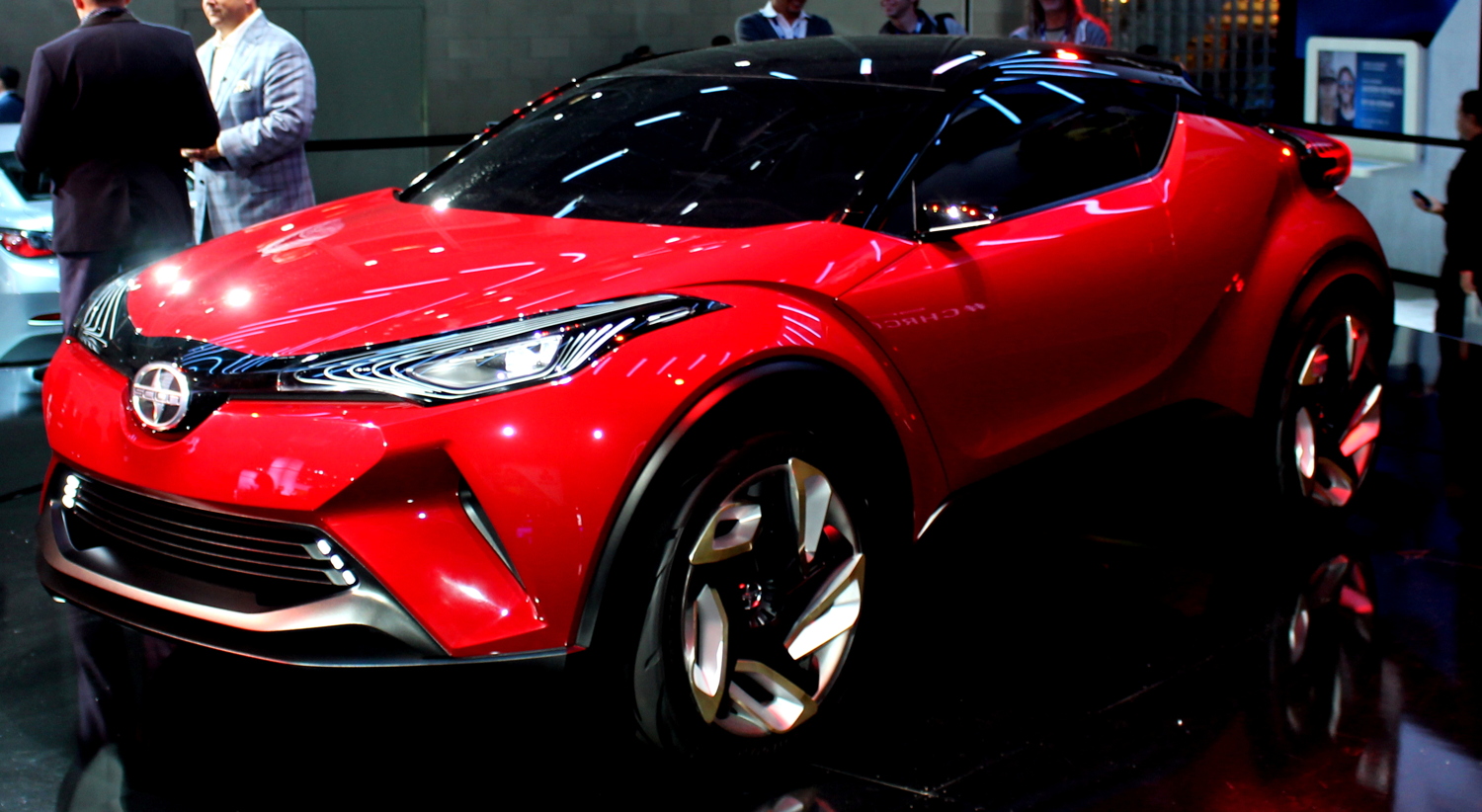 The Scion CH-R (Compact High-Rise) takes a bold swing into the compact SUV market. Since the discontinuation of the xB, Scion seems to be ready to jump back into the game of providing a compact SUV for the younger market, debuting this concept in Los Angeles. While this is only a concept, it's an incredibly beautiful car with a definitive striking appearance. The CH-R rides on massive 21-inch wheels. 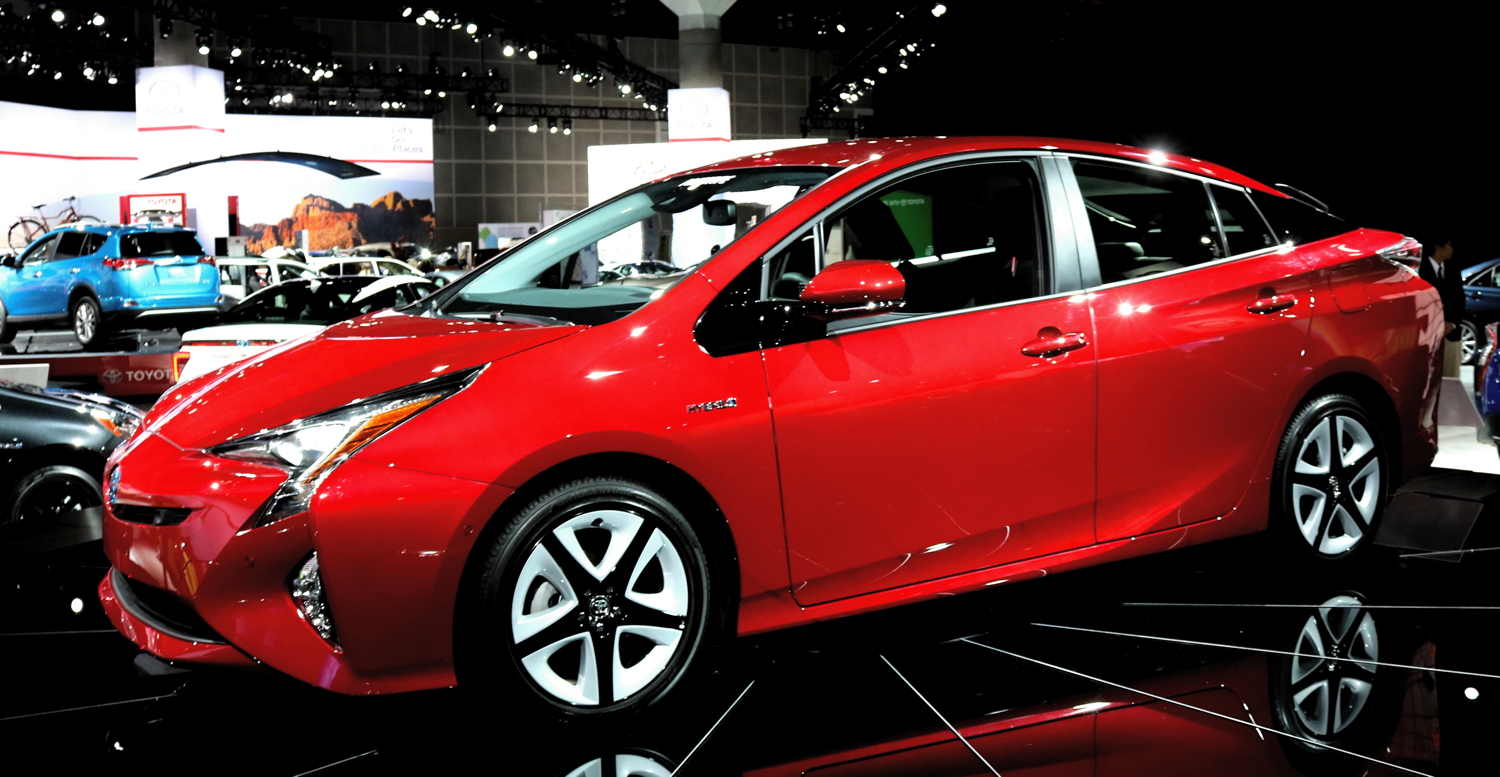 Toyota has finally made a (kinda) cool looking Prius! While the 2016 Prius has never been known for anything other than its fuel economy, this edition might just make it desirable enough to have it gain popularity. 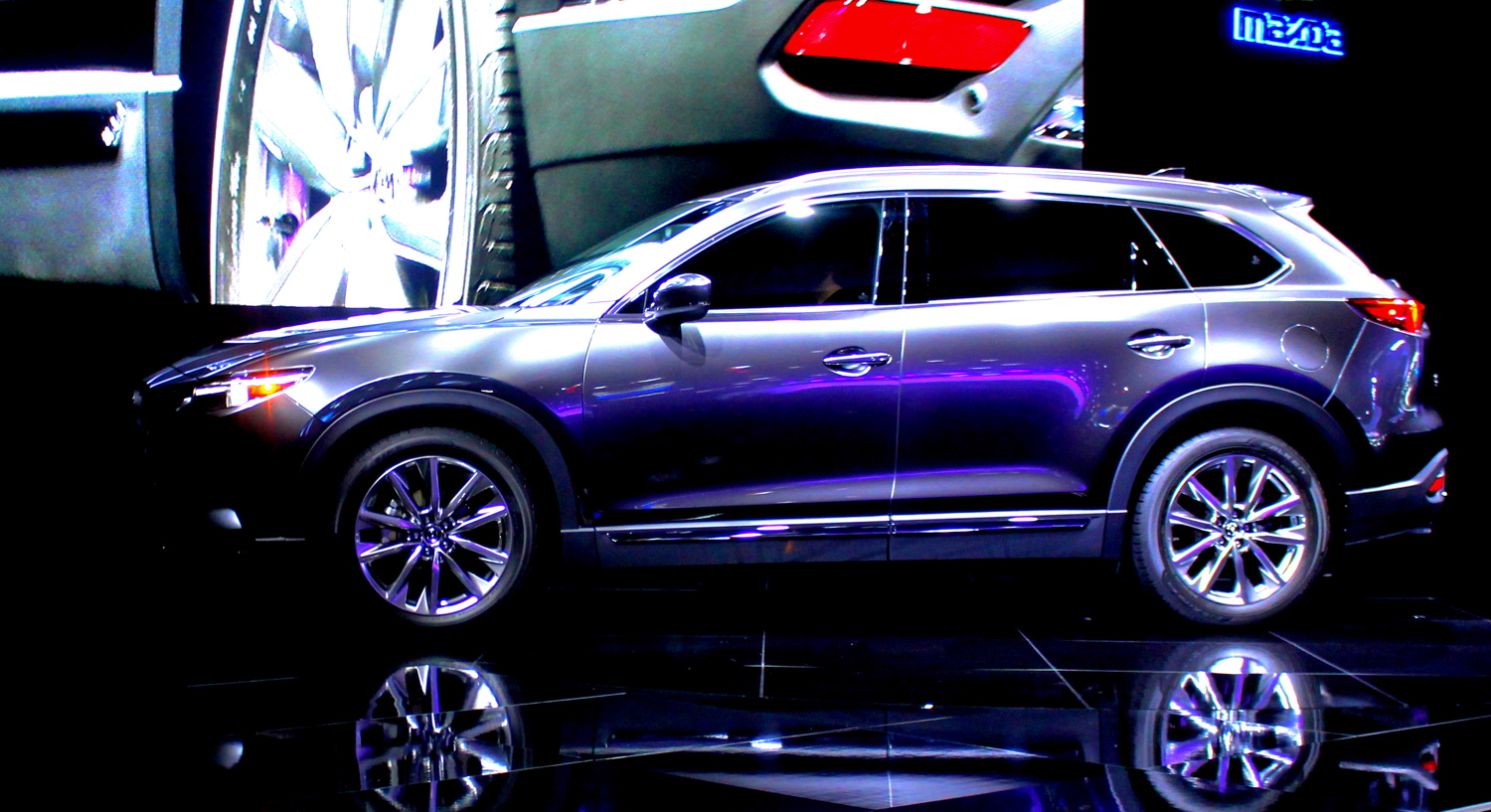 Mazda introduced the all new CX-9 at their conference. This model received its first complete overhaul since 2007. Mazda is proud of their new car and they claim that customers will fall in love with this crossover due to all the brand new improvements they've made to it. 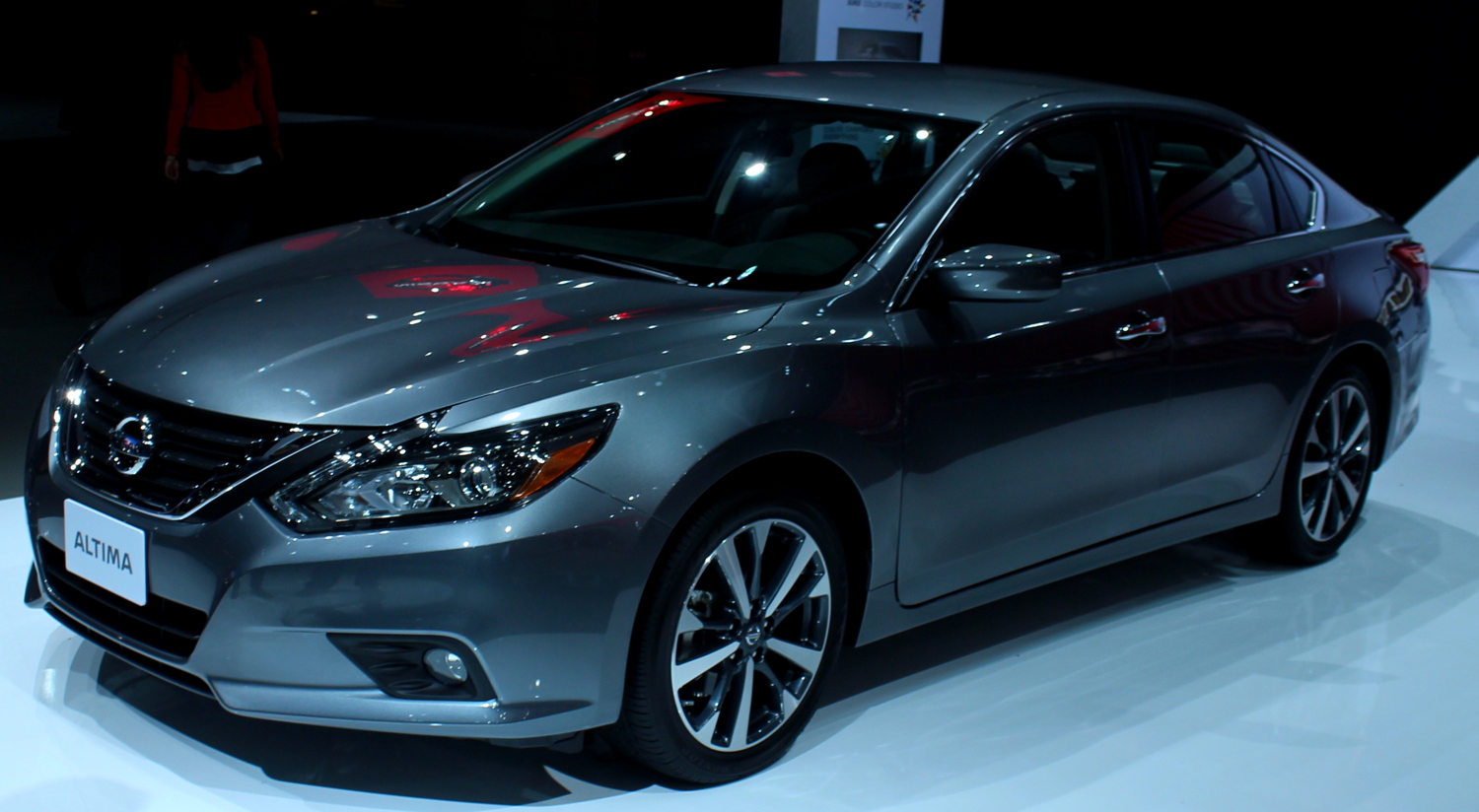 The 2016 Production model of the Civic Coupe is out! The concept that was shown at the 2015 New York Auto Show, and it's barely different from the amazing design of the concept. TheCarChat has very high hopes for how this actually performs 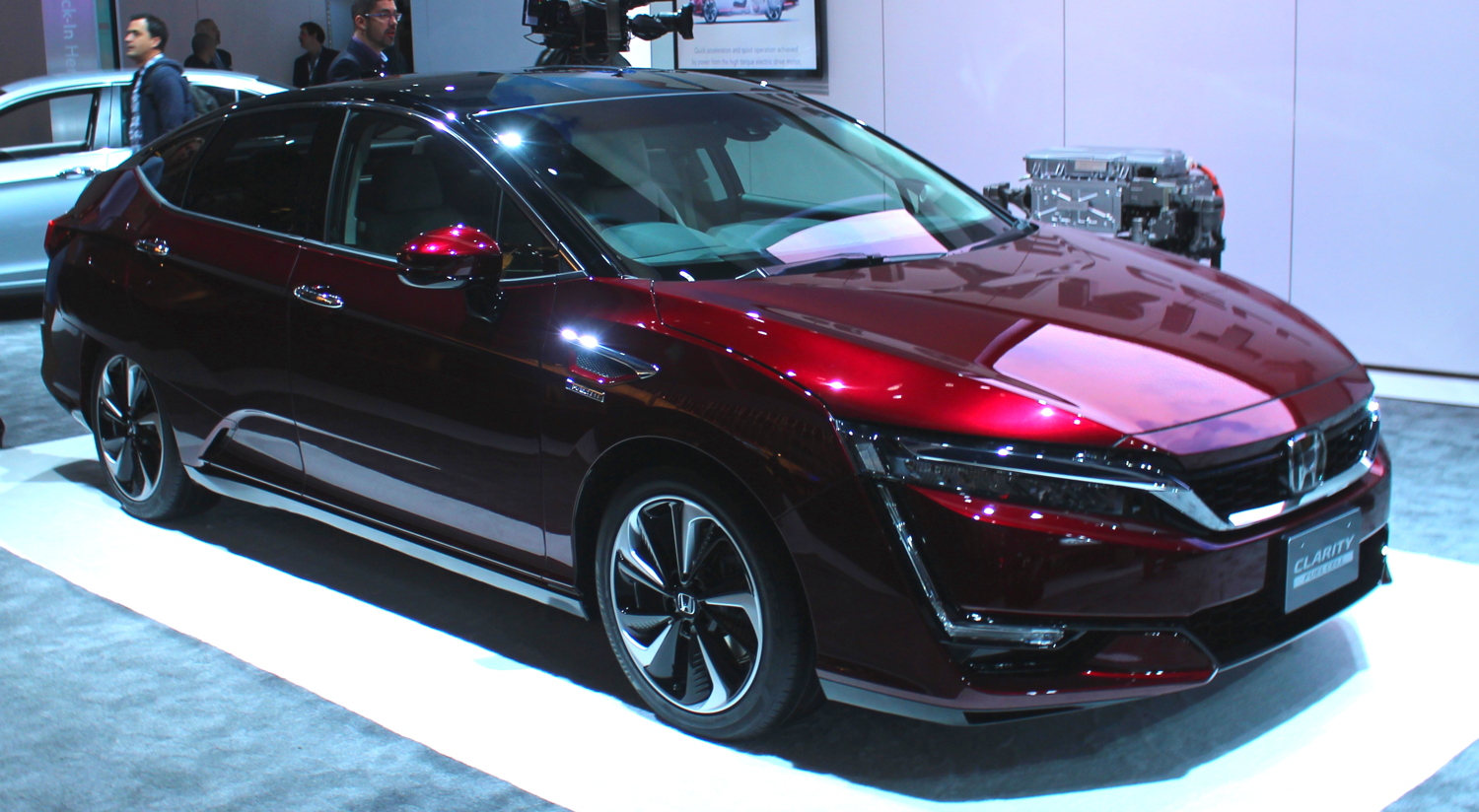 Honda introduced its new hydrogen fuel cell automobile! Honda wants this to be the future of fuel for cars. While the use of hydrogen as fuel is debatable, Honda seems to believe that it's efficient and worth it. 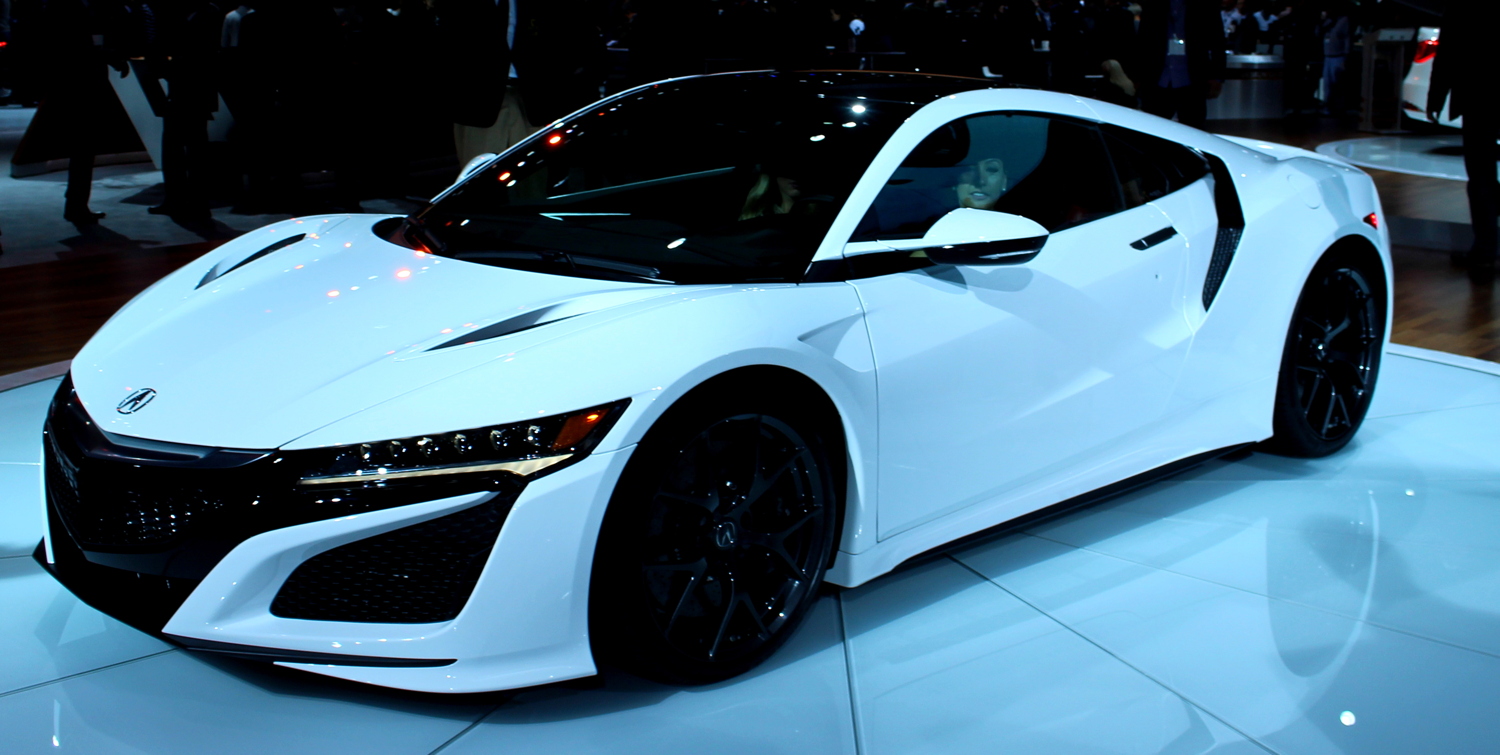 The always badass and incredibly stunning NSX showed up at the L.A. Auto show to let everyone know that this beast still cracks a 560 hp whip that will blow away a Nissan GT-R any day of the week. If you want to see changes on all the new vehicles, check it out here! 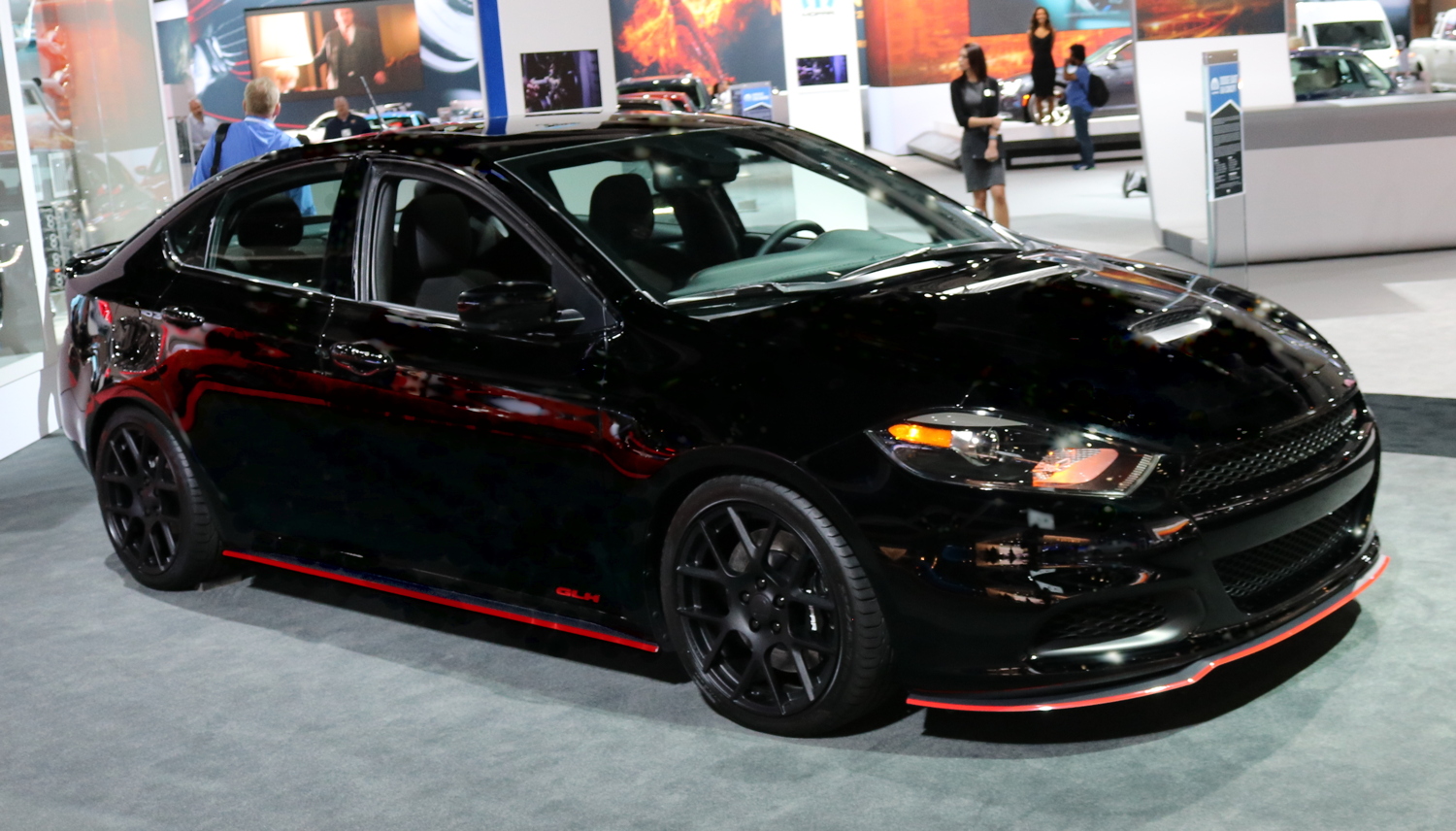 Built off the the Dodge Dart, the GLH is nothing special. It's literally a Dart with new exhaust tips, bigger brakes, useless Mopar stickers on everything, leather interior and a body kit. A 1986 Dodge Omni GLHS pulled a 0 to 60 in just 6.5 seconds, a 2015 Dodge Dart sluggishly made a 0 to 60 in 8.2 seconds. The only way the GLH Concept will be a true GLH is if Dodge made a completely new car. 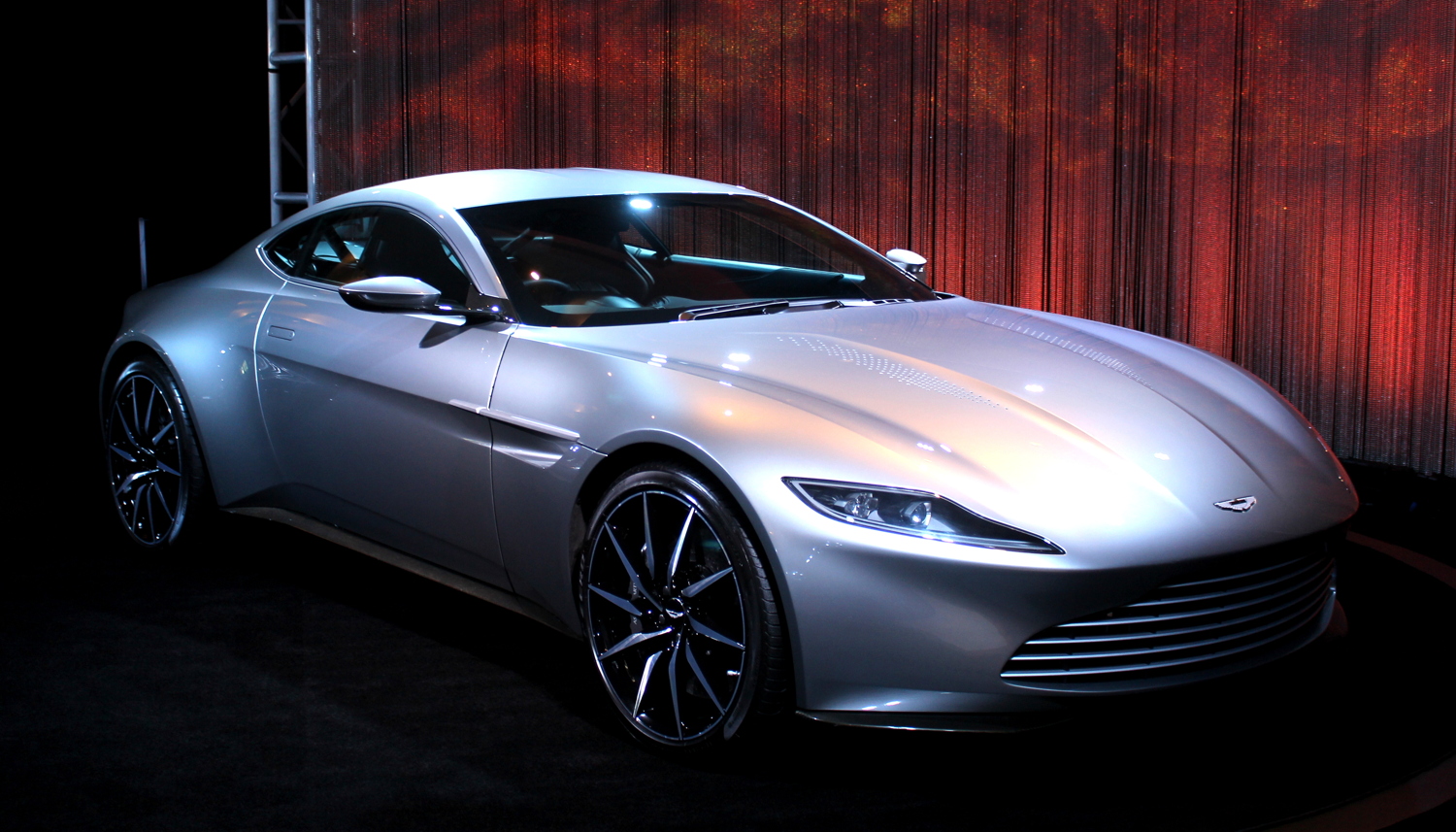 "Built for Bond" There are only ten of these in existence and 8 of them were wrecked during the making of the new James bond film "Spectre". leaving only 2 left in the world. One is being kept at the Aston Martin studio, while the only other left is going to be auctioned off sometime in the future. 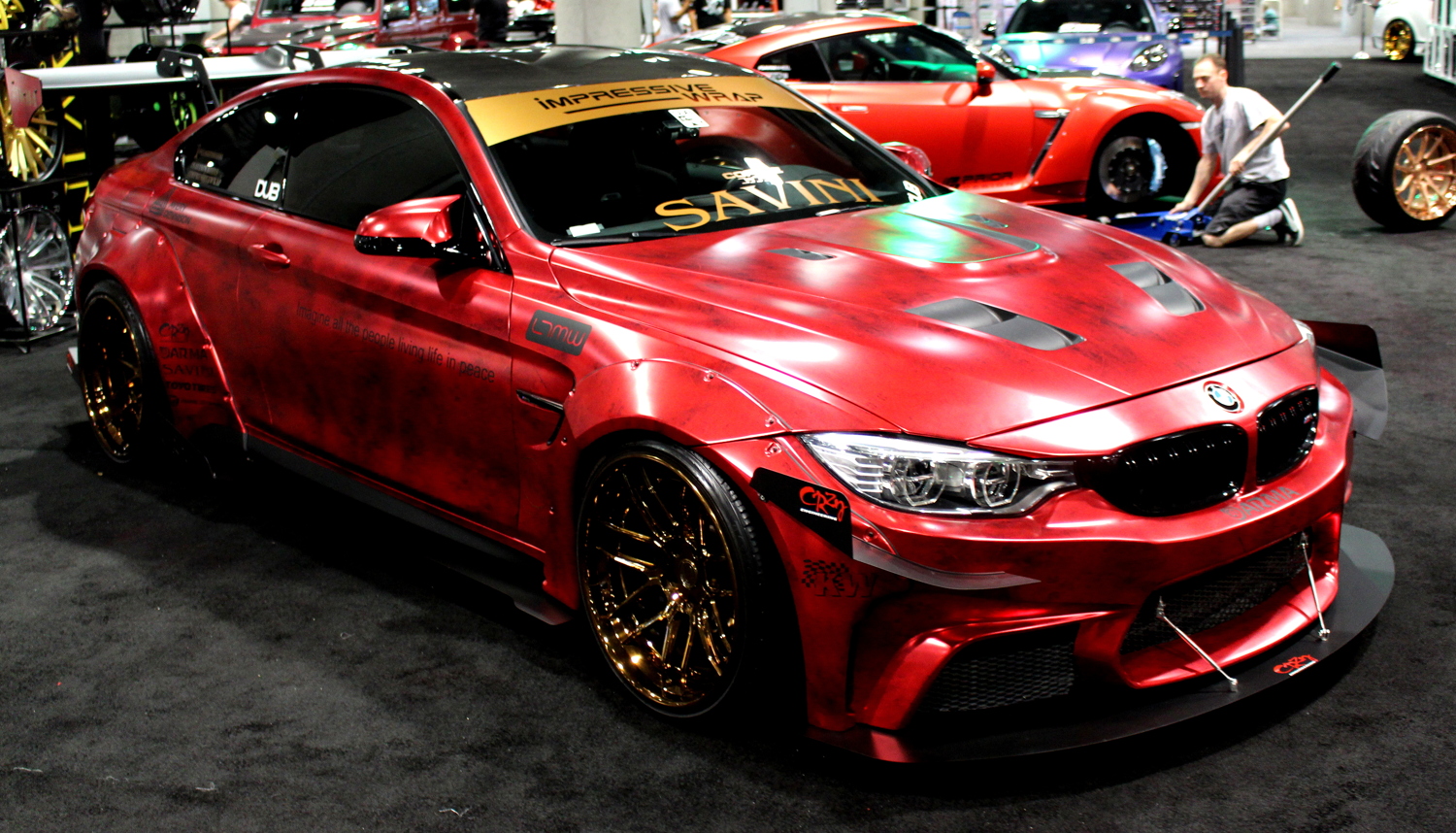 Down in the customs hall, Impressive Wrap shows off their badass, custom wrapped BMW. 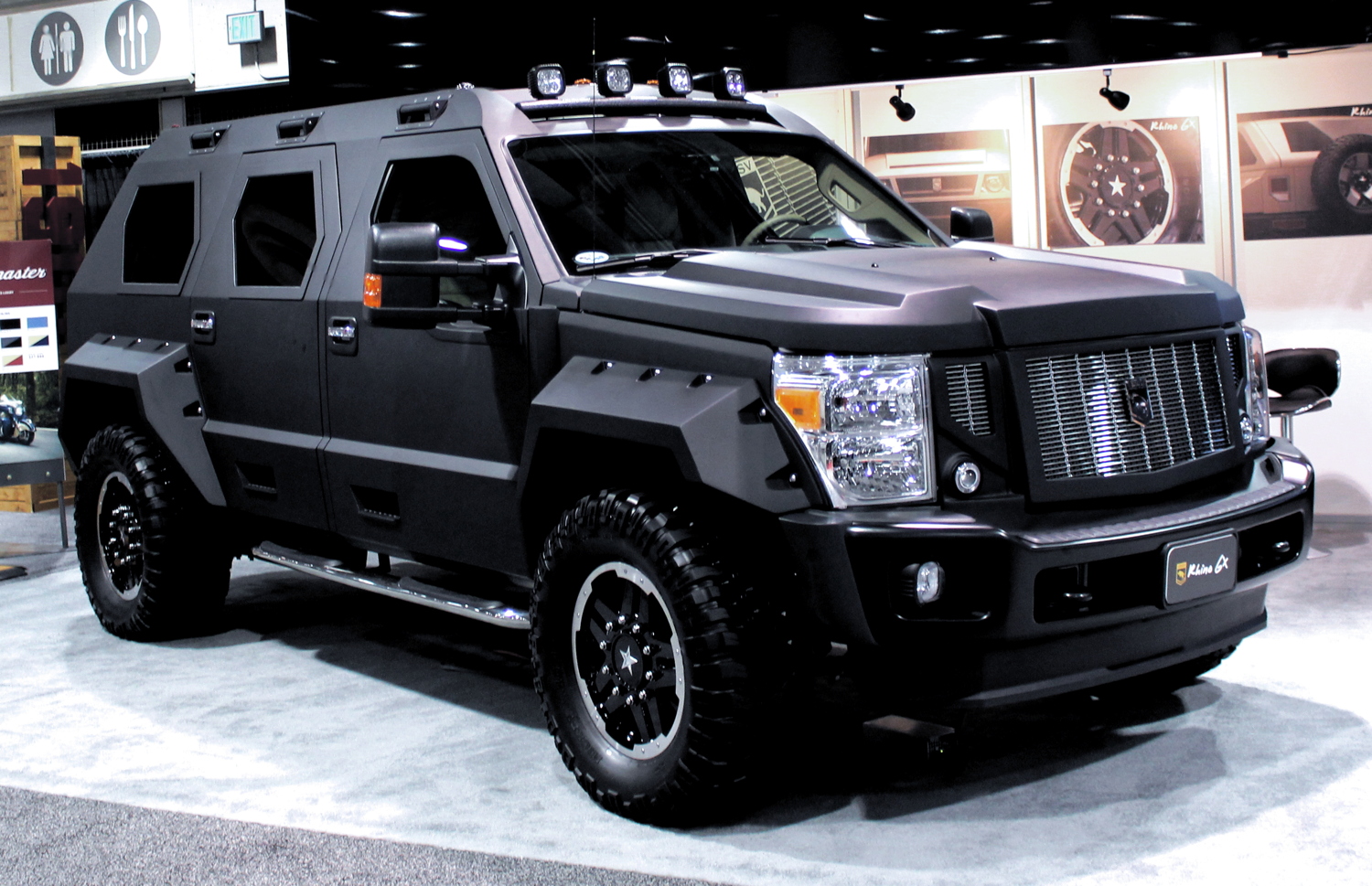 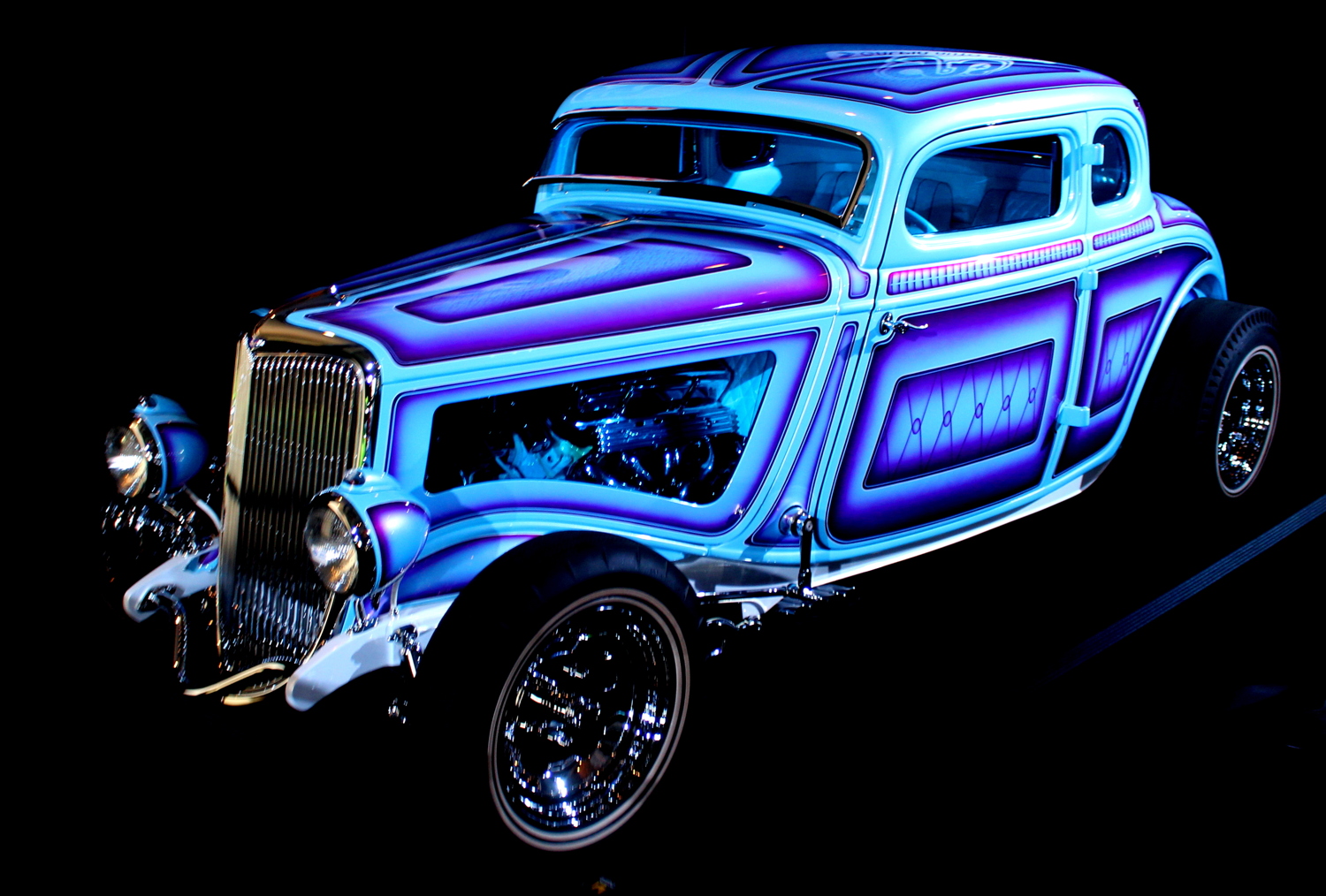 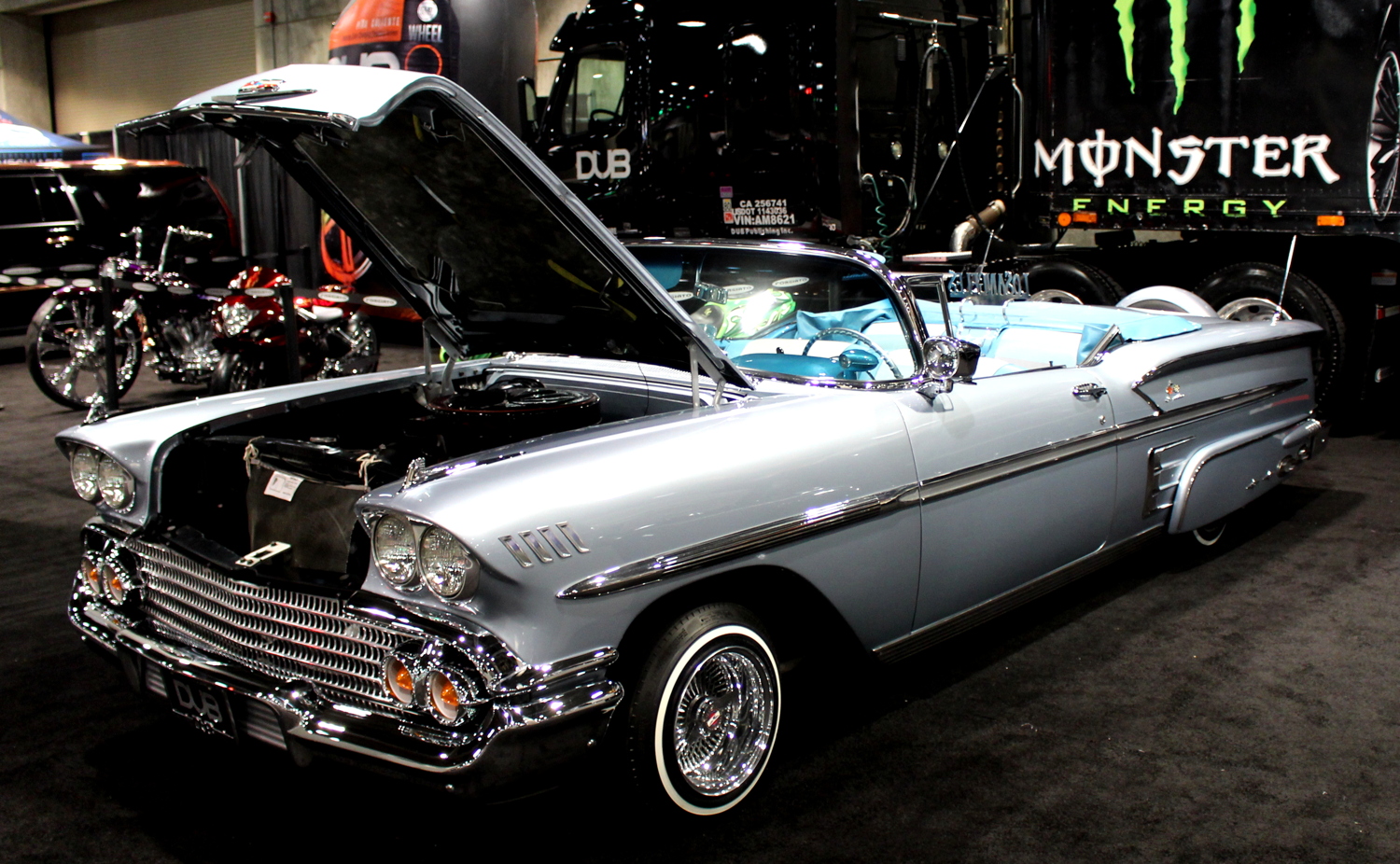 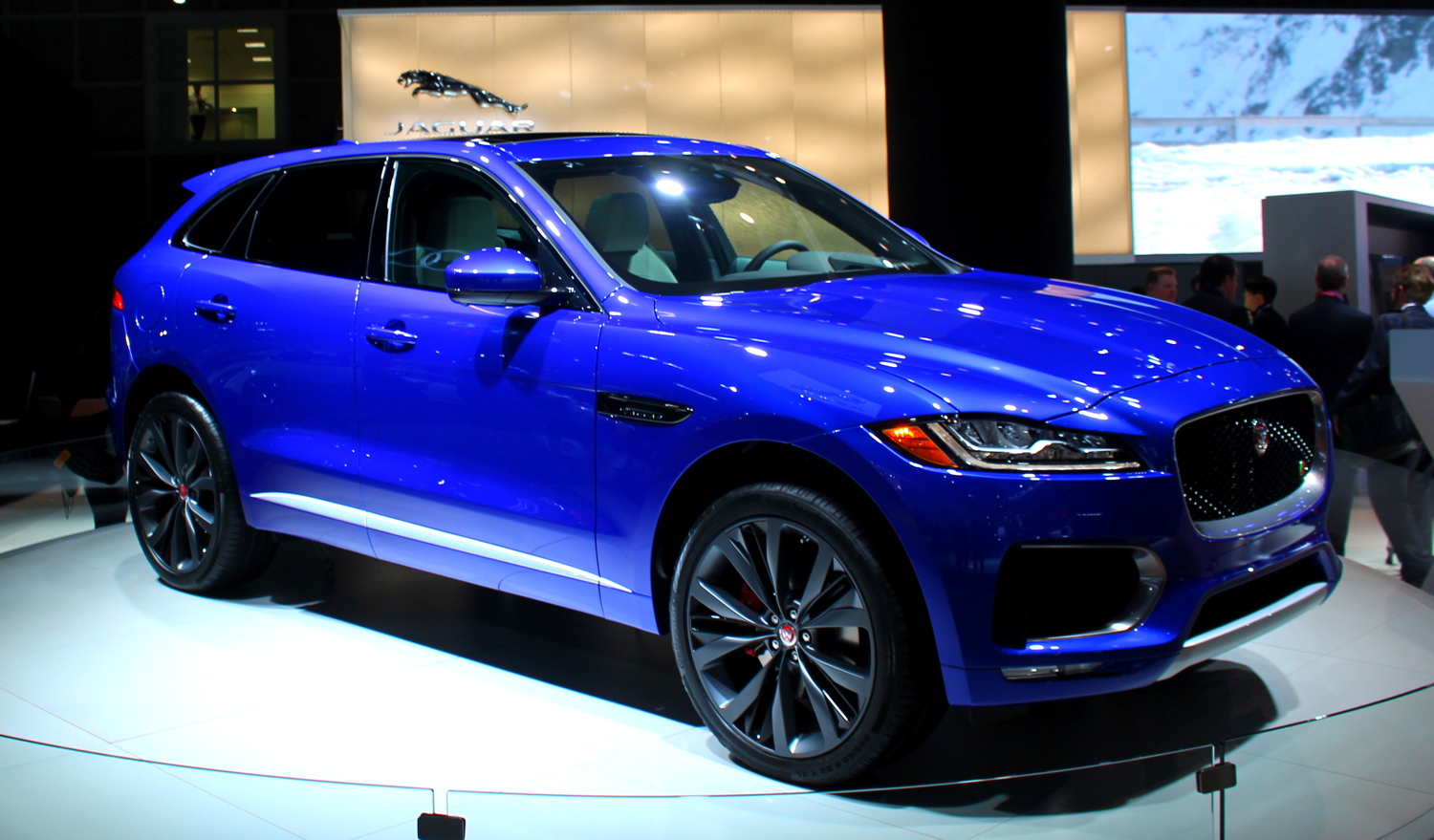 The 2017 F-Pace might just be the most expensive CUV. Although Jaguar has options from 180 to 380hp hidden under the hood of this subtle looking car. But wait, there's more! This is the first CUV to set a Guinness world record With a 360 degree loop! Check out the official video HERE

This could be the definition of insanity right here, the Mach IV has FOUR V8's crammed into it. This is one of the most unique Ford dragsters ever, and has a classic look combined with overpowering amounts of horse power. We wouldn't even take a Lambo against this thing just for the fact that it has 4 entire engines in it!