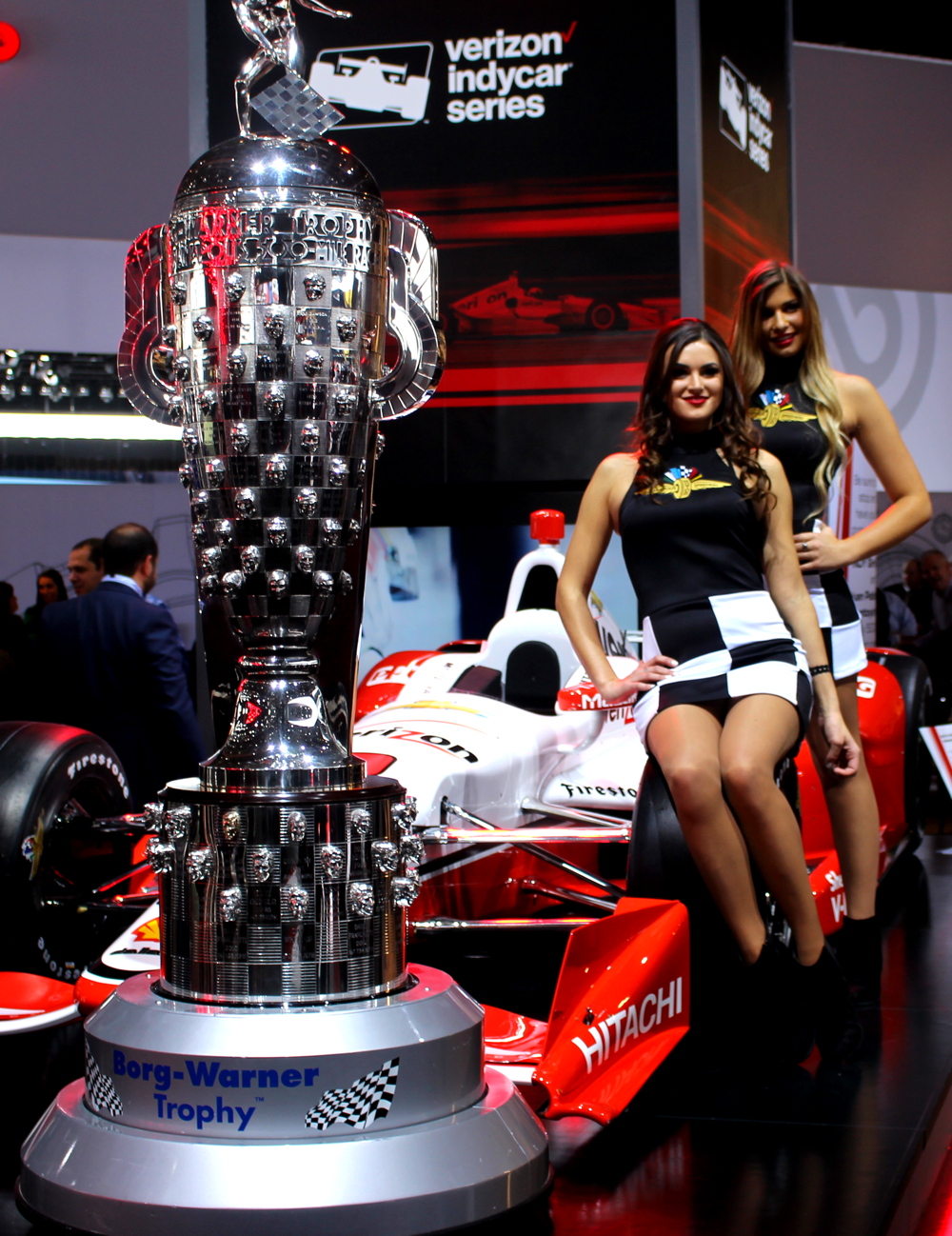 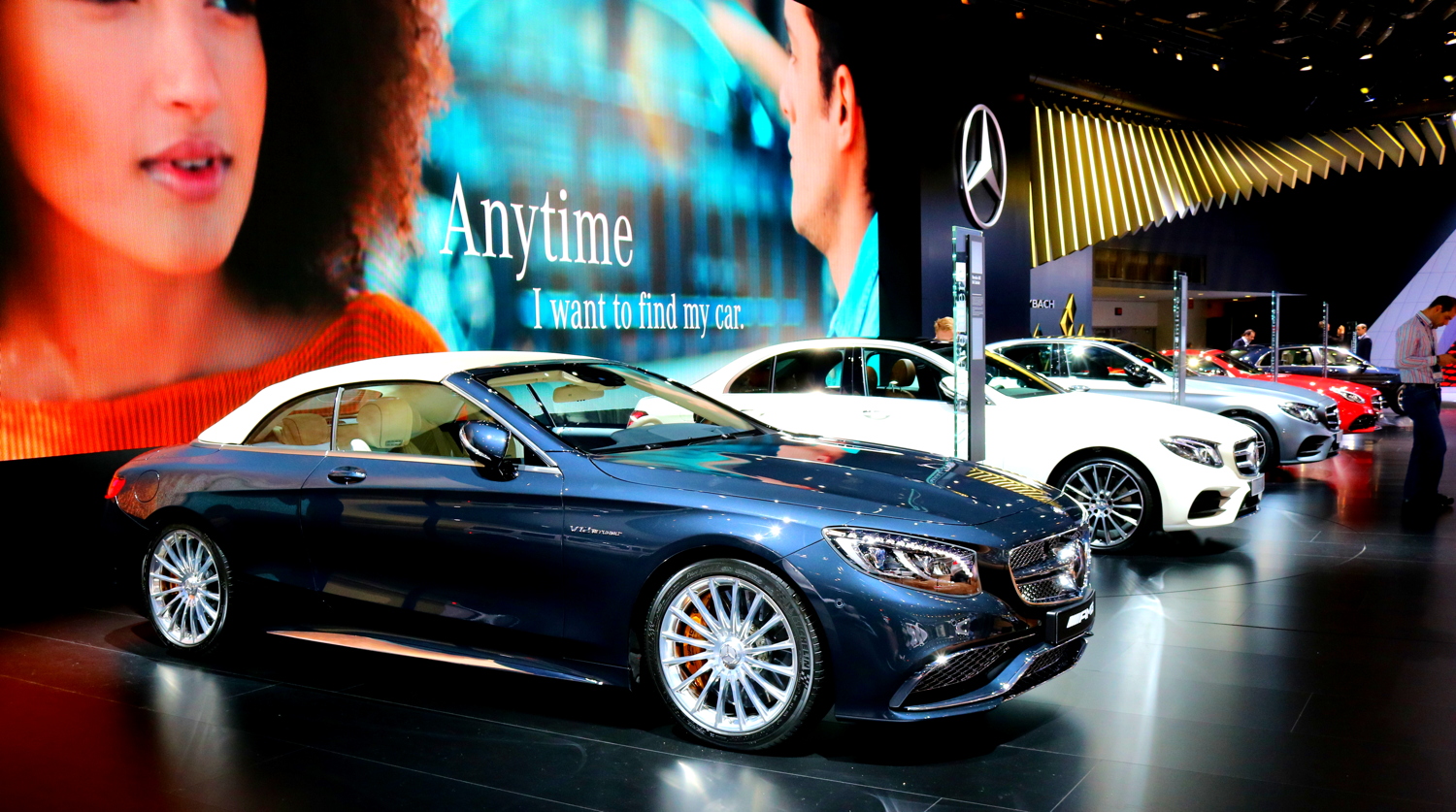 Motor City is the where it all begins! The Detroit auto show captures audiences from around the world to see the latest cars unveiled for the first time in public. Mercedes had a World Premier of the new S-Class Coupe and the new SLC. 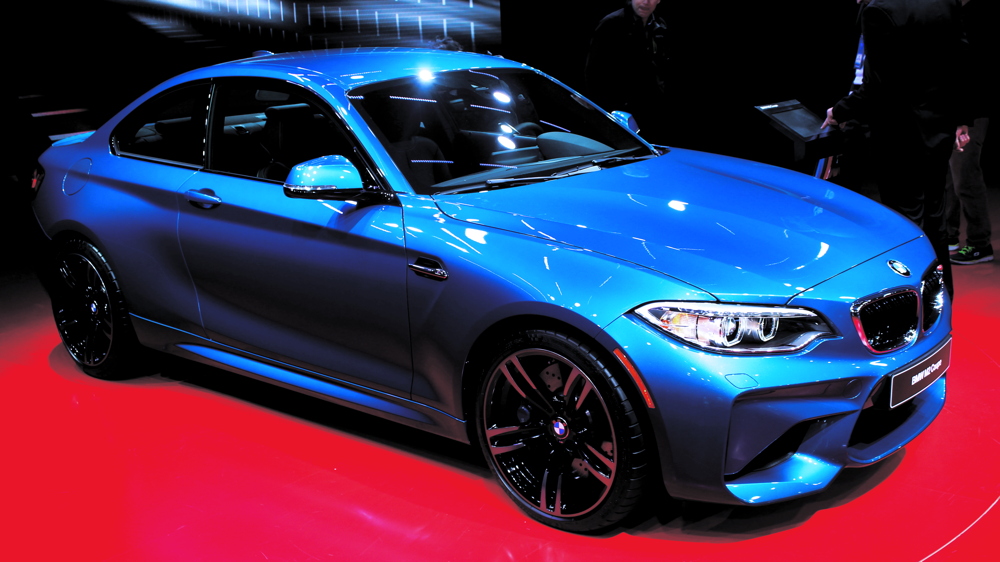 BMW has finally stopped dragging their feet! Many fans of BMW (including myself) kept getting disappointed with the M Series that used to be legendary. The original M3 is still raved about to this day, and the E36 M3 just made a huge improvement on something amazing. However, BMW dropped the ball after that. The M3 was just some pretty good Bimmer that just kept getting a bigger chassis. It seems to be that they finally went back to their roots. the M2 has a similar sized chassis to the original M3. Equipped with a 3 liter turbocharged straight 6, this beast produces 365hp with 343 foot pounds of torque. This single car might as well been the star of the show as fans and non fans gathered around to appreciate the beauty of the legendary M series as it goes back to what we all fell in love with. 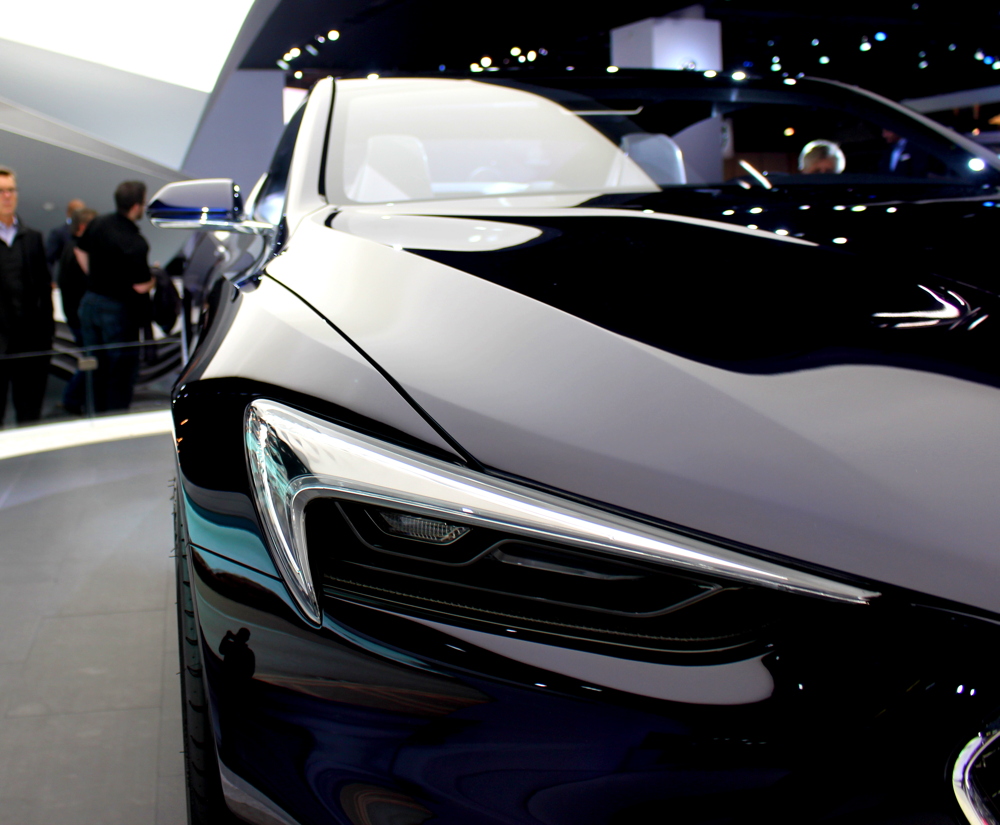 The Buick Avista concept! BMW wasn't the only one that seemed to get their stuff back together. Buick showed off their incredible looking concept that looks very close to a production version. We don't know how long this is supposed to take to get on the roads, or if it even will, but this could bring Buick back from the depths of mediocre automobiles. 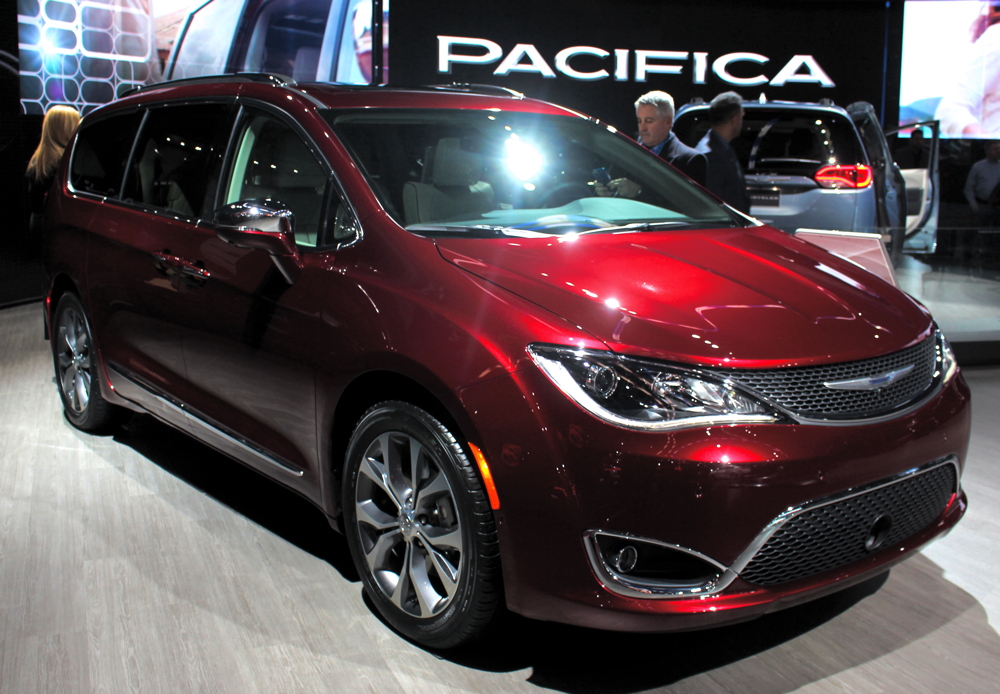 Yet another big reveal based off an exceptional past. Back when the Chrysler Town and country came out, it was THE minivan. There were no competitors to the original, it was the car that would be in a Billionaires driveway next to his Rolls-Royce. Chrysler had not kept that reputation, and the town and country slowly became an unreliable junker. Chrysler has been picking up it's ground over the last few years, and the new Pacifica might have the chance to take the lead in minivans once again. Whatever the case may be, the Pacifica has captured the attention of everyone. 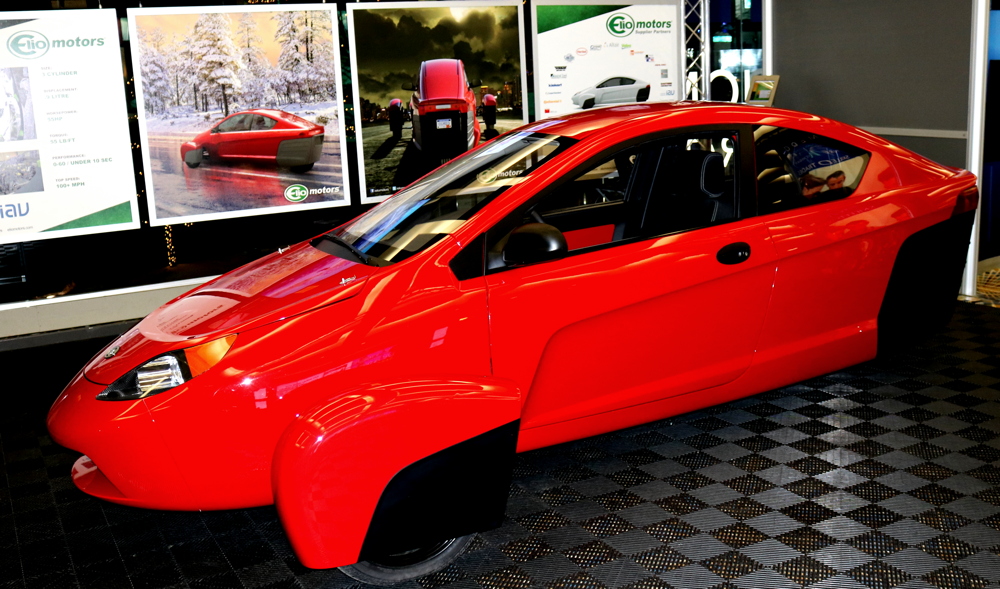 Elio Motors has been the latest economical buzz in the automotive industry. Promising a three wheeled vehicle that gets up to 84 MPG with a target base price of $6,800, making it the most affordable vehicle ever. We can't wait to see this on the streets, as it seems to be the next step in personal transportation. 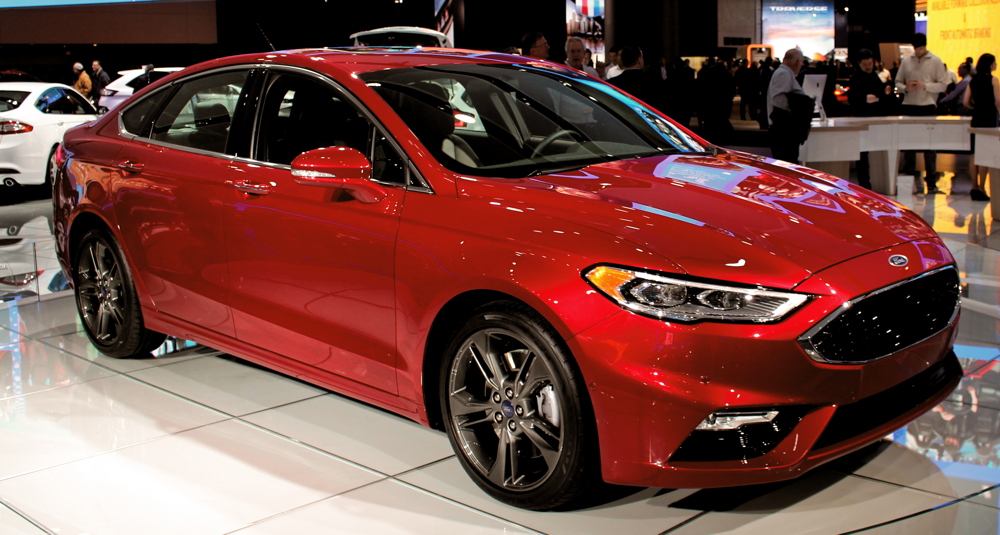 Ford unveiled the 2017 model of the Fusion. It comes in either a plug in hybrid or regular gasoline. The slight redesign of the headlights and break lights still reflect the sleek and modern Ford theme. 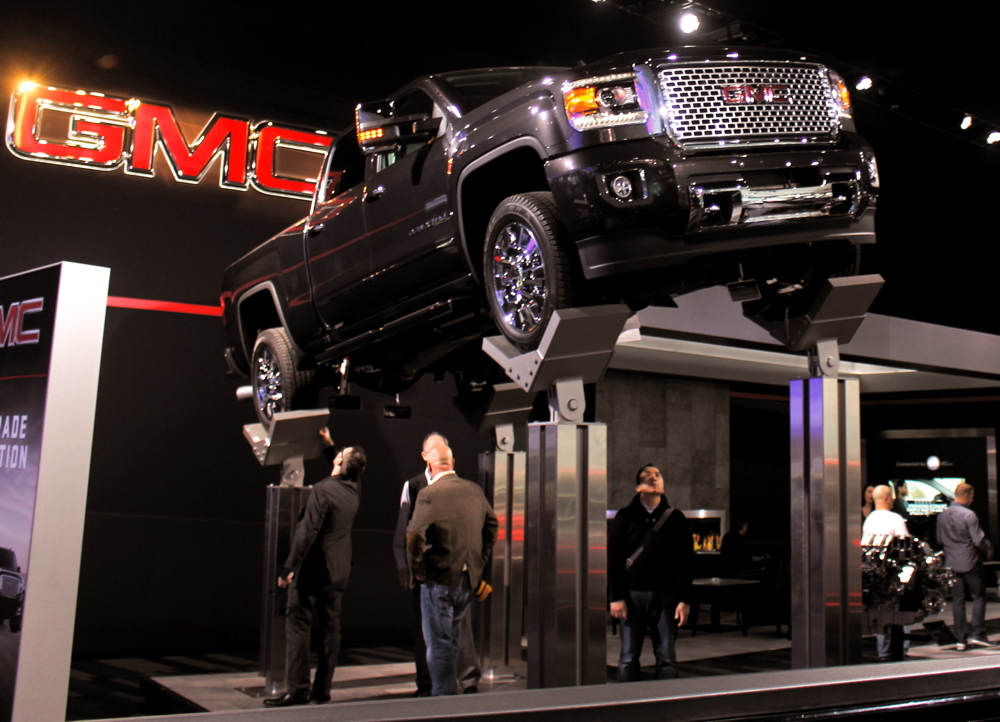 GMC Showed off a Sierra on stilts. Underneath the truck there were magnetic signs describing the mechanical parts of the car 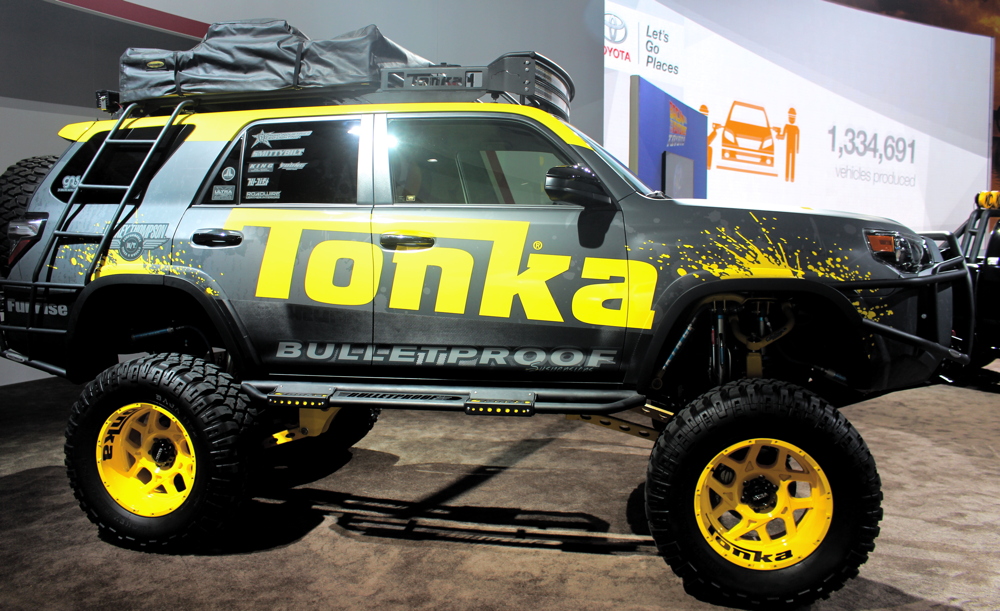 Toyota showed off a truck that has been heavily modified to look like a life size, completely badass, Tonka Truck 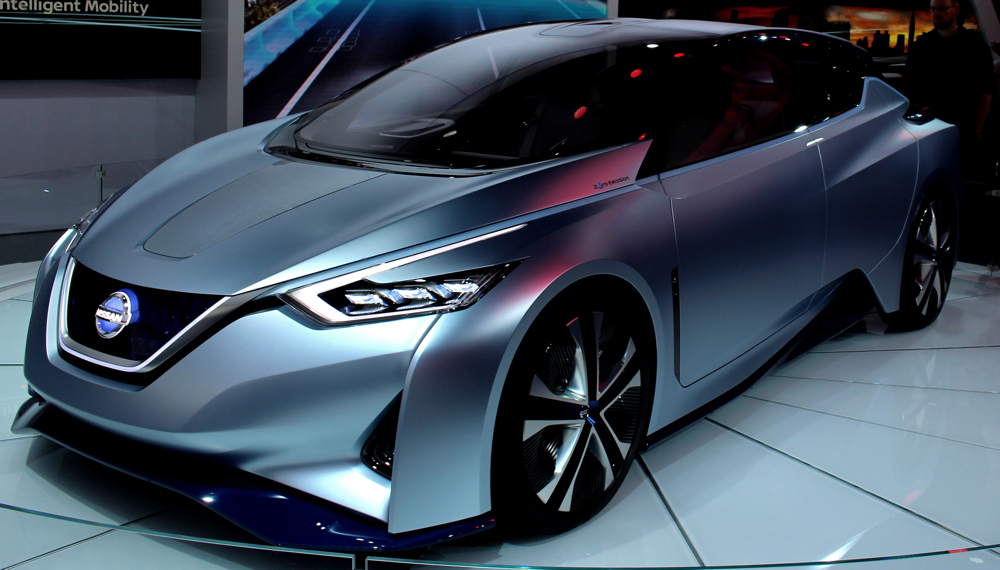 The Nissan IDS concept, like all concepts, looks sleek; attractive and stunning. Whether or not we'll ever see this on the roads is another question, or if it will look anything like this. Regardless of this, hopefully one day all cars will look as great as the concepts. 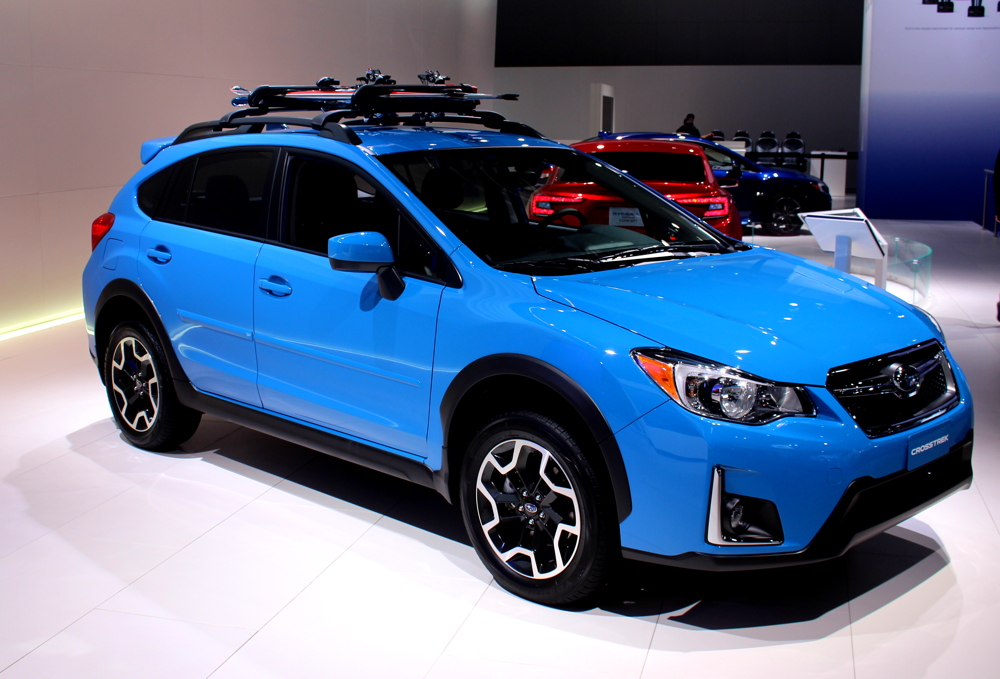 Subaru has stopped part of their Alphabet Soup scheme,they dropped the XV in the new Crosstrek. It has received a facelift and a few other minor tweaks. 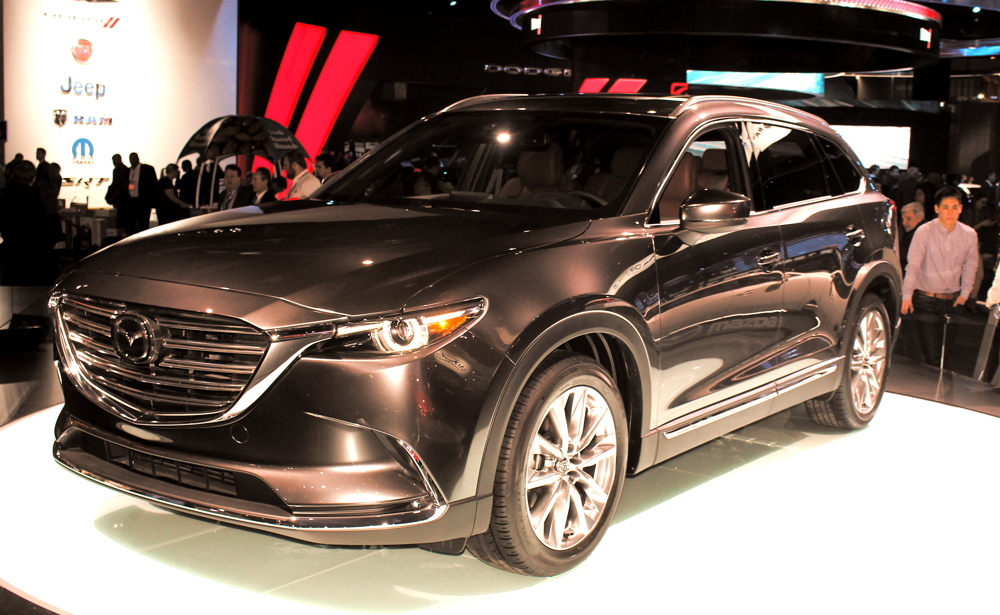 Mazda CX-9, comes with AWD, but Mazda says they aren't competing with Subaru, but rather just adding the latest and greatest safety technology to their crossovers. 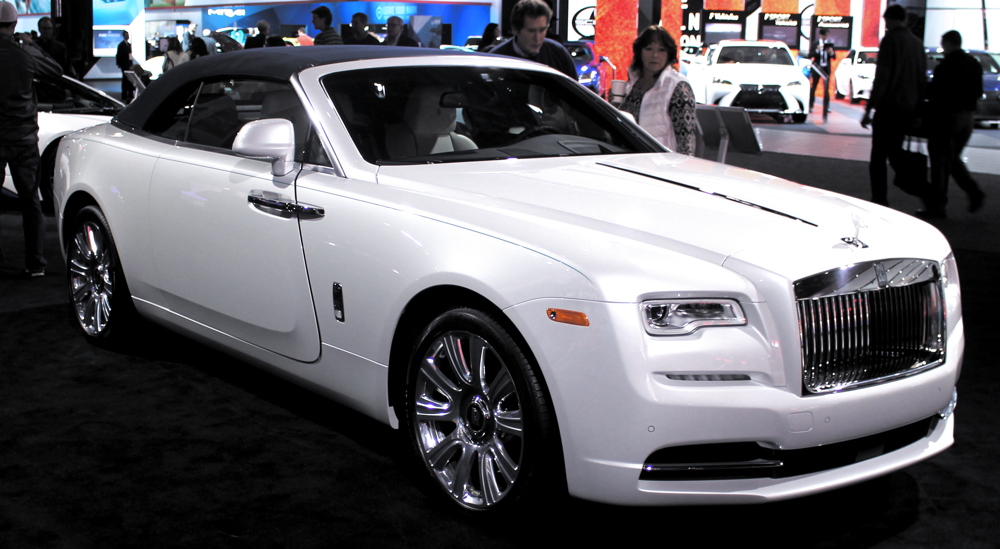 Rolls-Royce gathered their own crowd by showing off their new Dawn that was unveiled at private events before the Detroit Auto Show. The Dawn offers a ludicrous amount of luxury and raw power with its 6.6 liter V12 twin turbo engine. This beast screams power and elegance as it whips down the road 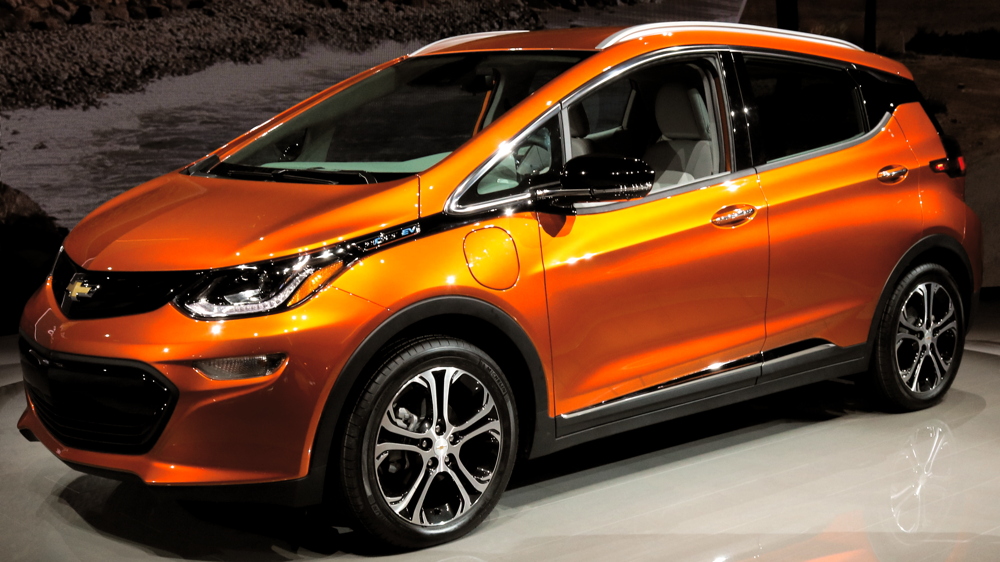 The Chevy Bolt EV is an all electric car, with a 200 mile range on a charge, and comes at the affordable price of just around $38,000. This makes it the most affordable, long range, all electric vehicle. Tesla, BMW, and Volkswagen are all behind for affordable EV's. 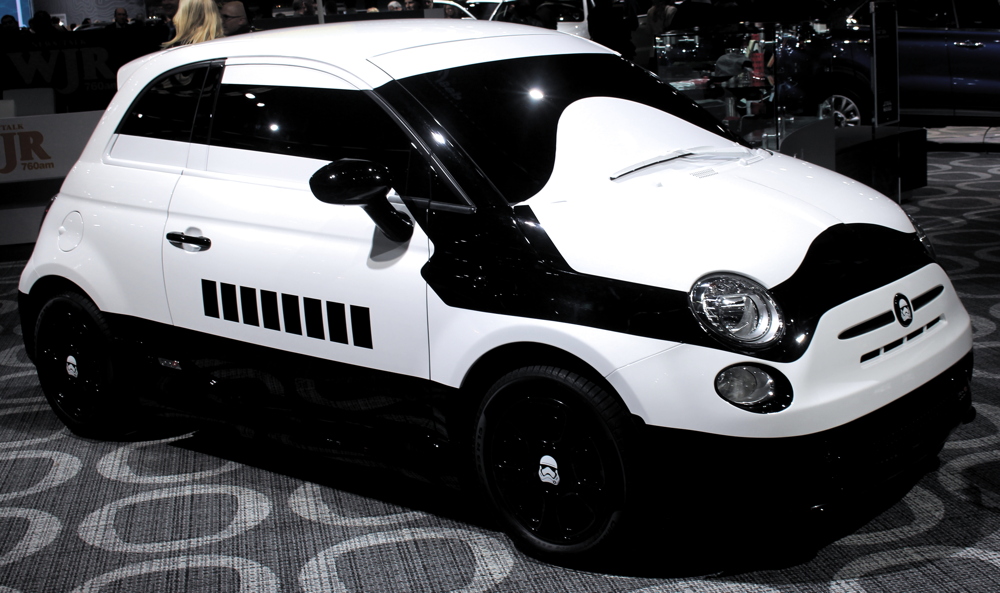 Fiat designed a 500e to look like a Stormtrooper for Star Wars The Force Awakens. What wasn't included in the description of the car is that it's the safest one in the world. It can't hit anything! 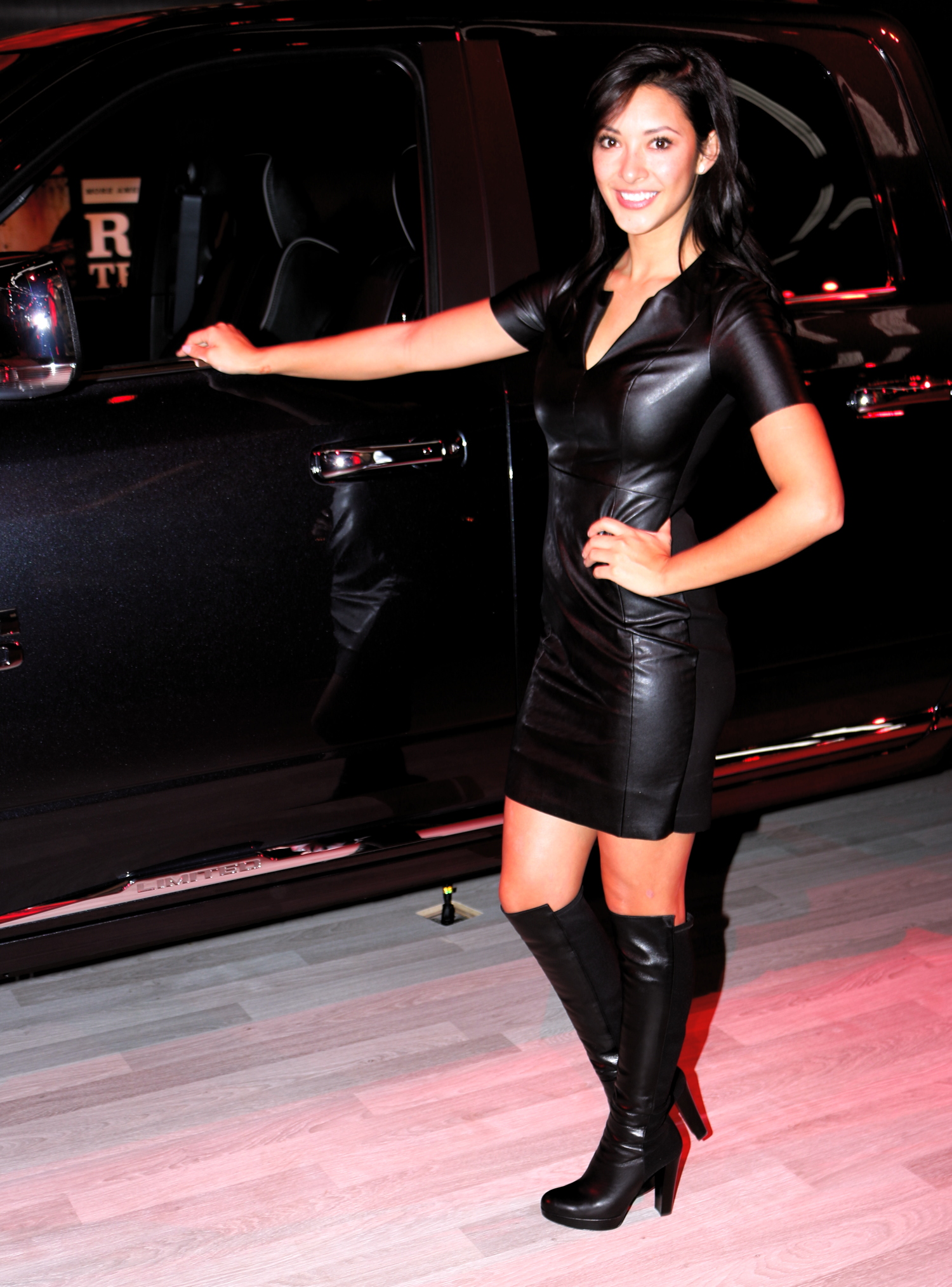 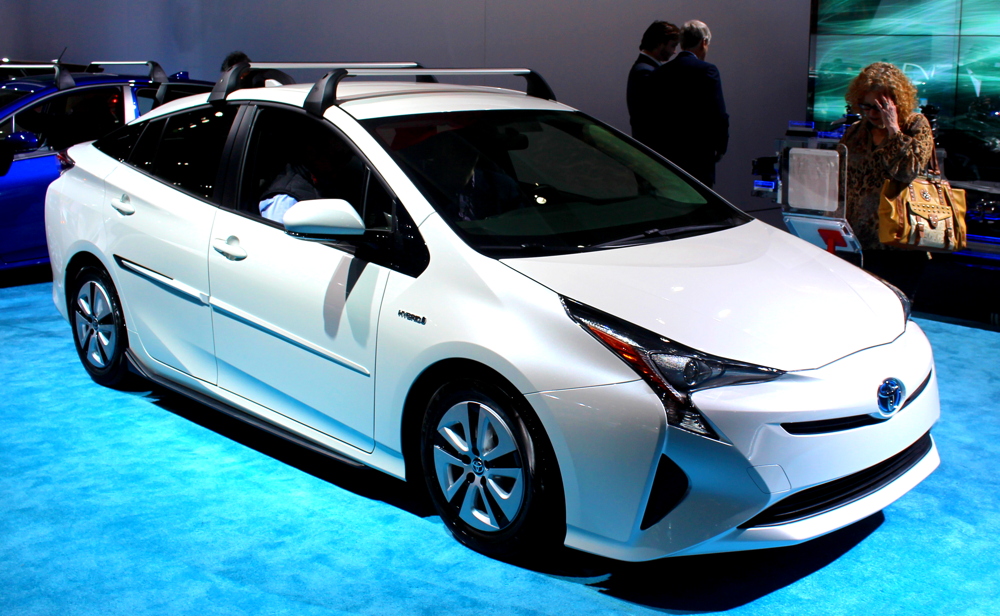 Wait, this is a Prius? We asked the same question when we saw this. Toyota has really surprised us with very attractive design of the new Prius model. With incredible efficiency and a new sleek design, the Prius looks like it might not be the end of every car joke anymore. 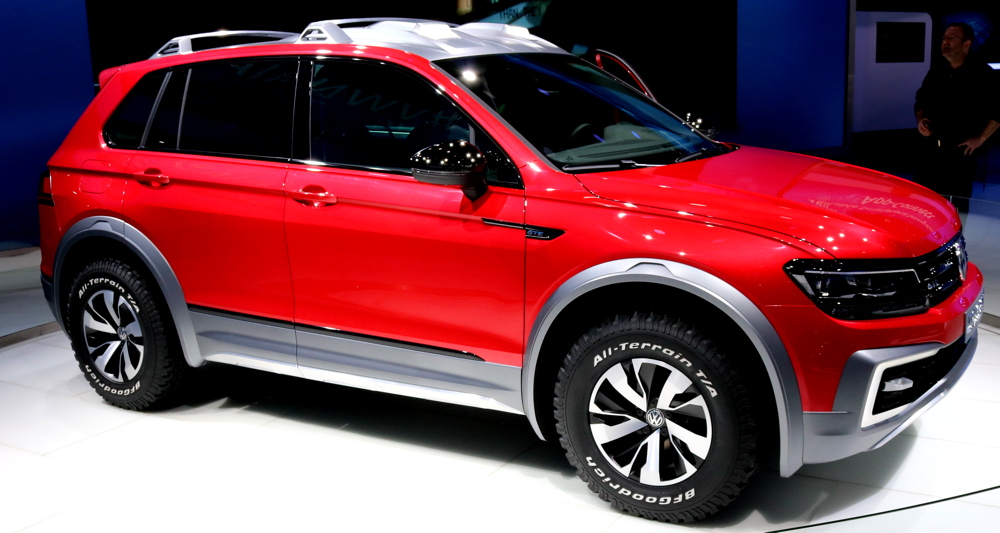 The Volkswagen Tiguan GTE Active concept is a hybrid SUV that is supposed to get around a range of 580 miles on a 16.9 gallon tank. VW needs a good eco friendly car right now, and this looks like a promising concept that could keep their sales in America afloat.