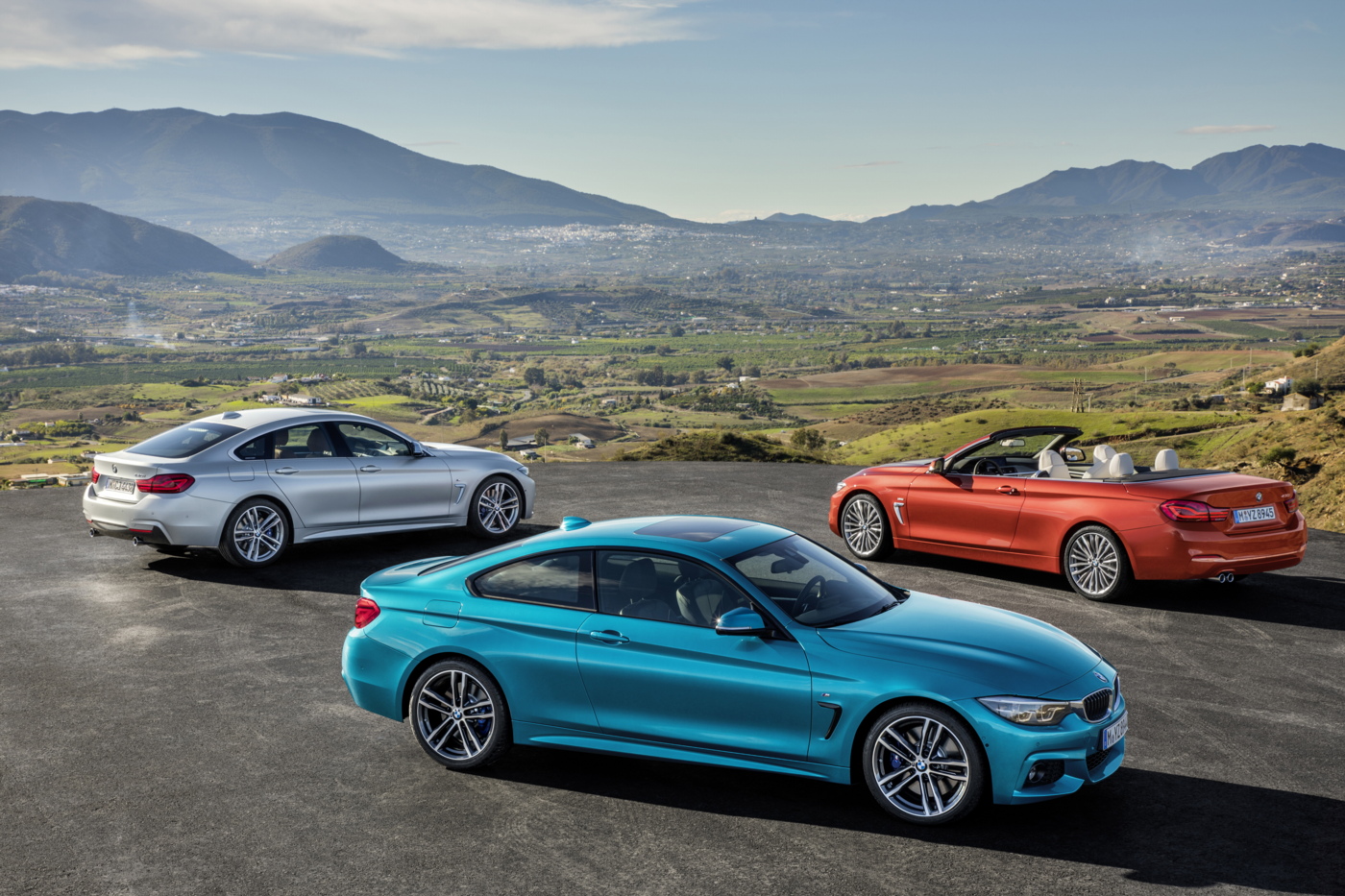 As we get new information on all of the 2018 BMWs, this article will be updated. So bookmark it!

Adaptive cruise control with stop & go is now offered, only on 230i with automatic transmission.

iDrive 6.0 with a touch screen is now included with optional navigation.

All suspension setups have been made stiffer and sportier.

Backup camera and BMW Apps standard across the line.

The 5 Series lineup gets two new variants for 2018: 530e iPerformance sedan, a hybrid with the 248 hybrid 2.0 turbo from the 330e, in rear-wheel or all-wheel-drive (xDrive); and the M550i xDrive, a high-performance V8 sedan with all-wheel-drive.

The 530e can drive up to 16 miles on a full charge, which can take place in only seven hours with regular household 110-volt current. Running in hybrid mode, it achieves an unremarkable 27 city/31 hwy.

The M550i xDrive offers a full 456 horsepower from its twin turbocharged 4.4-liter V8.

Otherwise, all 5 Series get the same changes: standard backup camera, BMW Apps and BMW Online. (Early 2018 models may not have these features standard.)

5 Series GT hatchback finally laid to rest, its replacement, the 640i Gran Turismo, covered below.

Just to be sure that a personal consultant with a PhD is necessary to sort through the BMW lineup, a fourth body variant has been added: Gran Turismo. Like the 3 Series Gran Turismo and the departed 5 Series GT, the 640i xDrive Gran Turismo (it will only offer a 3.0 turbocharged 6-cylinder and all-wheel-drive, at least initially.) is a hatchback.

The 6 Series Gran Turismo uses a new chassis and is not related to the other 6 Series.

The M6 Gran Coupe and Convertible return. The M6 Coupe is missing.

The i8 is skipping the 2018 model year and returning for 2019 with a new roadster edition.

LED headlights replace Xenon (HID), but adaptive headlights are no longer standard: order the Executive Package to get them. Rear parking camera is now standard.

The Competition Package's 444-horsepower engine is now standard on all models. The M4 coupe and convertible get the same refresh as lesser 4 Series, including standard LED headlights. Backup camera and BMW Apps are standard. Competition Package now includes 20-inch rear wheels. 265/30R20 front and 285/30R20 rear tires optional on all.

The new BMW M5 will produce 600 horsepower from a 4.4-liter twin turbocharged V8. This will be the first M5 with all-wheel-drive, standard. With a carbon fiber roof and other exotic materials, the new M5 is lighter than the old one.

The swoopy new sport activity vehicle is being tested before its unveiling and BMW decided to "camouflage" it. More information as it becomes available!

Standard tires on the X4 xDrive28i have been upgraded to 245/45R19. Rear view camera is standard and front park distance control is added to the already standard rear parking sonar. So are BMW Apps, which allow controlling compatible smartphone programs through voice commands and the vehicle touch screen.