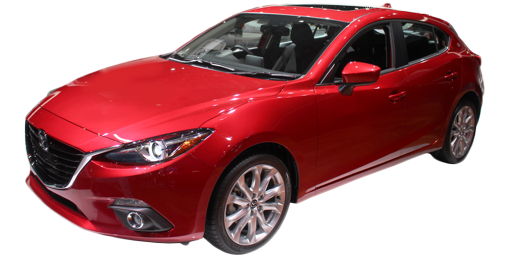 All the changes to all Mazda vehicles for 2018 model year. Stay tuned and bookmark this article, as we will be updating it periodically with new information.

Smart City Brake Support is now standard across the board. This low-speed automatic braking system can detect, warn of and automatically brake to help prevent low-speed accidents (below 18 MPH).

The 2.5-liter engine with 184 horsepower is now standard on the Mazda3 Touring as well as the Grand Touring.

LED headlights are now standard on Grand Touring where they used to be an option.

The i-ELOOP capacitive brake regeneration option is no longer offered.

A new turbocharged engine with at least 250 horsepower is borrowed from the CX-9. The standard engine gets cylinder deactivation to increase fuel mileage under a light load.

Automatic on/off headlights and rain-sensitive wipers are now standard on Touring and Grand Touring (previously optional and only on Grand Touring).

More sound insulation and easier access to the 3rd seating row are added for 2018.

Automatic headlights, automatic high-beams, and full-speed radar cruise control are all now optional on the Sport (base) model.