Why Are People Driving At Night Without Headlights?

The scary urban myth keeps re-appearing every few years: "Don't flash your headlights at a car driving at night with its headlights off!" The legend, which has been circulating since the 80's, goes on to warn that a gang initiation involves driving without headlights and killing the first motorist to flash their headlights. As this Scopes article documents, the story is false.

Regardless, it seems like more often drivers are travelling at night with their headlights completely off, with no taillights or with just their fog lights. What is behind this large increase in driving dark?

What is behind this large increase in driving dark?

There are many instances that this type of switch is changed:

1. A valet parks your car; he parks hundreds of cars; he always turns the headlights off when he parks the car; he returns the car in a brightly lit environment or during the day and does not turn them back to automatic.

2. A mechanic services your car; he is working inside; the headlights come on and the mechanic doesn't wish to be blinded as he walks around the car; he turns the headlights off; if the car is returned in daylight, he most likely will leave them in the off position.

3. You told your wife you would be home early, but you've been out late carousing; as you drive up your street you realize your headlights will cut right across the bedroom and wake your wife, so you reach over and flick them off and Garp up the driveway stealthily.

4. You're a drug mule with a Lamborghini Aventador and a $10,000 pair of starlight goggles and you have to get from Houston to Jacksonville by morning; flick off the headlights and kick it up to 175, stopping only to pay cash for tanks of 93-octane; when you get to Northwest Jacksonville you fall asleep on a dirty cot in the warehouse where your Lambo is stashed; you never reset your headlight switch.

What is the point of automatic headlights if they're not on "automatic?"

A 40-something man landed at Hartsfield-Jackson and collected a new Ford Explorer at the airport rental counter a few weeks ago. As he was driving through Atlanta traffic on the 285, where dipping below 85 MPH can be deadly, a torrential downpour had begun and he thought to himself that these new-fangled headlights aren't very good. Well, it wasn't  long before he got pulled over. Of all the people going 20 over why did the police choose him? He stuck out because he was running with no taillights. Twenty over, driving without headlights after dusk while raining. Driving on an expired license. (Whoops! Never noticed!) After legal fees, that rental cost him over $1400.

It turns out that the rental company leaves the switches on their rentals set to "off" as company policy. To avoid accidentally draining the batteries. When the man started the car in the rental car parking lot, the gauge cluster, the fancy SYNC radio and all the switchgear lit up like a Christmas tree; if our renter happened to see his reflection in a glass window, the daytime running lights, although a little dim, would have looked like standard headlights. So our protagonist drives off down the highway with his headlights switched off, invisible from behind to alll the other motorists and bait for the police.

Vehicles driving at night without headlights used to be a strong indicator of a severely drunk driver, so traditionally they've been targeted by police. With these new system, anyone can drive for miles without taillights or even any headlights illuminated. But, old habits die hard, especially as many police departments are driven more by revenue concerns than safety ones.

Japanese cars began to introduce digital instrument panels in the 1980s and Cadillac and Buick were soon following. These were limited to expensive, high-end models.

In 2005, the redesigned 2006 Honda Civic introduced gauges that were entirely digital except for a backlit tachometer. These gauges can't be seen unless they are lit up and so they light up fully as soon as the ignition is turned on. This seems to be a turning point in light-up dashes and the increase in people running without their headlights at night.

General Motors (Chevrolet, Buick, Pontiac, Cadillac, GMC and Saturn) introduced daytime running lights (DRL) to the United States beginning with the 1995 model year. These lower intensity lights at the front, usually the standard headlights at low intensity, are meant to make cars more visible. In Canada, where DRL's are required, studies show an 11% reduction in two vehicle accidents. Studies in the United States are less conclusive.

These lights produce much less light than standard headlights, but they put out enough so that people driving at night with DRLs may think their headlights are on. Some DRLs use separate, dedicated lights with a unique look, but most just use the standard or high-beam headlights at a reduced voltage, so they can easily be mistaken for active headlights.

The result can easily be confusion.

The best type of headlight switch is not necessarily automatic. A manual headlight switch enforces the habit of turning on the headlights when starting a trip at night and hopefully switching them on as it gets dark. But, in a world where a person will not drive the same exact car for the rest of their life a better solution is automatic headlights that reset every time the engine is started and must be manually switched off.

This simple switch, in use on millions of GM vehicles, is among the best possible. You can leave the switch in "Auto," or with the Parking Lights on or with the headlights on. The latter two settings sound a warning chime and display a message when you yurn off the ignition. The "Off" setting is a momentary switch. The switch returns to Auto, a warning chime goes off and a message is displayed: "Auto Lights Off."

This message stays on until you dismiss it using the on-board computer controls. And when you next start your engine it resets to "On."

This simple Alfa Romeo switch looks like the type in the Ford, but it isn't. Like the GM switch it can only be left in automatic, parking lights on or headlights on. To turn off the headlights you not only have to rotate the dial to the left momentarily, but you have to hold it there for a second or two. This helps completely prevent accidentally switching the system off. And like the GM switch, restarting the engine resets back to automatic and leaving the lights in an "on" position sounds a chime until they're turned back to "A."

Unlike the GM, no clear indication is given when the lights have been turned off.

A physical switch that can be permanently left in the "Off" position. Like the Ford switch, this Honda Accord switch can be left off. To make matters more confusing, the automatic position is in the middle. BMW uses similar switches.

The best instrument panel designs to prevent driving without headlights are the oldest. Front lit, analog clusters that are dark unless the headlights are on are superior to digital or back-lit clusters (a traditional gauge that depends on a strong light source behind it to be seen during the day as well as night). Traditional gauges are also superior because strong sunlight hitting them makes them easier to see, not harder.

This author likes DRLs, although the research is not conclusive. That said, at this point almost all cars available for sale in the United States have them. So the best way to choose them is to regard whether they could help fool driver's into thinking their headlights are on. Here new-school is best: dedicated LED DRLs that are distinctive and look nothing like headlights. Bonus if they're low to the ground so the driver can't see any illumination from them at night. 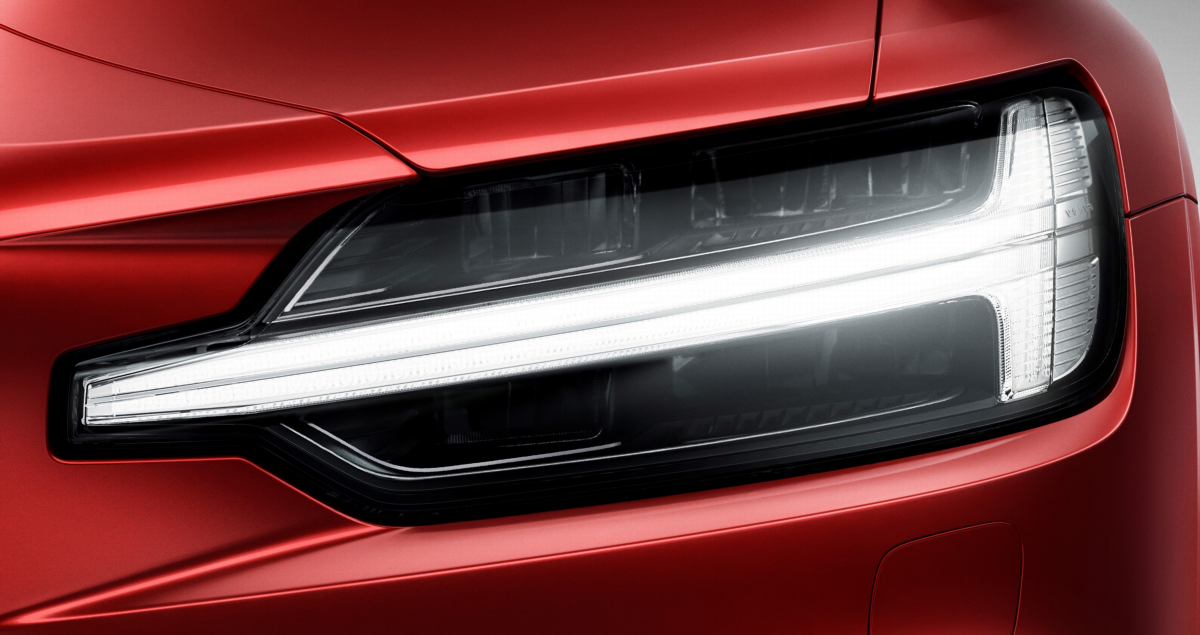 The worst are the cheaper ones that simply power the traditional headlights at a lower level.

When you choose a car you can look for some of these features: resetting automatic headlights, instrument clusters that don't light up during the day and DRLs that don't mimic headlights.

Otherwise, whenever you drive a new car, familiarize yourself with the headlights first. Make sure they are set to automatic if they offer that setting. Otherwise, carefully turn on the headlights every time you drive at night or even anytime near nighttime if dusk will fall while you drive.

We think that the types of headlight switches in the Alfa Romeo Giulia and Stelvio should be the norm: automatic resetting and the "off" setting must be very deliberately engaged.

Then, like the GM products a loud audible warning chime and a clear message needs to be displayed that the headlights are off. This message should repeat at least as annoyingly as the stupid seatbelt chime. Perhaps the warning can only be displayed if the vehicle light sensor detects dark conditions. In these days of inter-related computer-controlled everything, this isn't even a hardware change.

DRLs can be made from dedicated, low-mounted lights to prevent them from mimicking headlights to drivers. Lesser expensive vehicles can use the fog lights, though more and more vehicles of all price ranges are getting LED "jewelry" front and rear.

Obviously it would be a heavy expense to make these running changes, but they should be a high priority when refreshing or designing a new car.

The Insurance Institute for Highway Safety has done amazing work, without any threat of fines or imprisonment, in making vehicles safer through a series of highly publicized tests. Their latest focus has been vehicle illumination systems; however, the system that makes sure headlights are in use at night was not considered. This should become a primary criteria in receiving an "Acceptable" or "Good" rating in order to pressure manufacturerers into improving this area.

Just make sure you don't SCREW IT UP! Some early DRLs used the turn signal lamps at a constant low illumination, but some pointy-head thought someone might confuse a low-powered constant light for a bright blinky one and made that illegal. As it sits, FVMSA law make several advancements to vehicle lights illegal to pursue, including high beams that won't blind other vehicles but can help spot pedestrians hundreds of feet sooner. So stick to declaring so-and-so date national humming day or national hummingbird appreciation day or whatever.

And if you are a policing authority, you could instruct your officers to educate people that they find driving without headlights instead of victimizing someone for an honest mistake caused by unfamiliar hardware.

Check to make sure your headlights are on every time you drive at night. Cars without headlights at night are not necessarily driven by drunks or gang members.