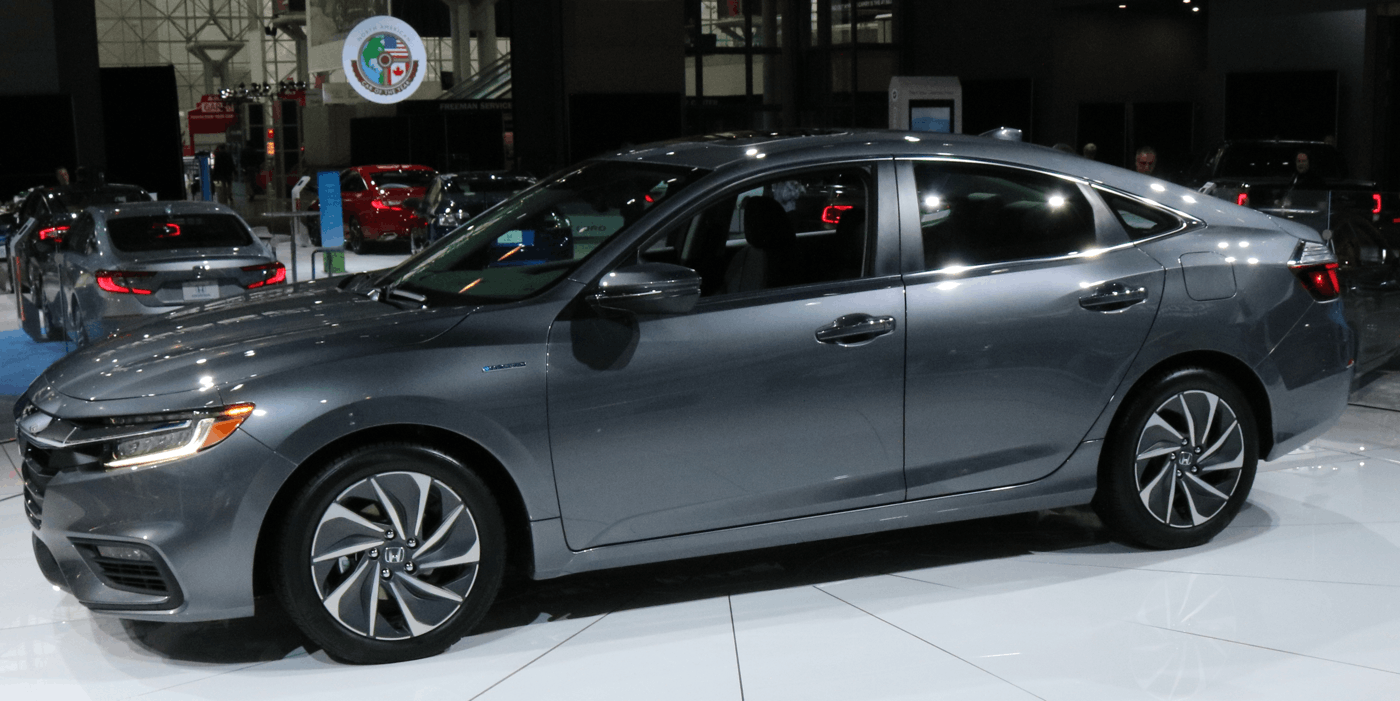 All of the changes for the 2019 model year Honda models will be right here! Bookmark it and stay tuned. So far: everything except Clarity.

The Civic gets a mild refresh and a realignment of its trim levels. On the Sedan for instance, LX, EX, EX-T, EX-L and Touring become LX, Sport, EX (1.5 Turbo), EX-L and Touring. The Sport trim is not new for the Civic, but it is for the sedan; surprizing is that in the Civic Hatchback the Sport is the top level trim (except for Type-R) and it had a more powerful 1.5 Turbo engine than the rest of the Hatchbacks. Here the Sport gets the less powerful non-turbo engine.

Civic EX-L and Touring now have a HomeLink Remote System to operate owner's garage doors and other remote functions.

Above all, the radio gets a separate knob for volume once again.

No changes. Fuel Cell version is suspended for the 2019 model year.

Navigation is no longer offered on EX-L; you must get a CR-V Touring, where it is standard.

Automatic High Beams are now part of the Honda Sensing® Package. Price increases by $15 on all models.

The HR-V undergoes a refresh for 2019. Included are a new grille, new projector headlights, new bumpers and taillights. Overall length is up almost an inch-and-a-half as a result. Interior dimensions are unchanged.

The tiniest of Honda sport utes loses its manual transmission (#SavetheManuals). The Continuously Variable Transmission is now standard on all trims; it includes paddle "shifters" on all but LX trims.

Speaking of trims, the reach of the HR-V is increased. Honda adds a "Sport" trim in between LX and EX. At the top their's a new "Touring" trim, which gets LED headlights, Homelink remote system and a power driver's seat. The Touring inherits the EX-L's navigation and Voice Command System; you'll have to step up for those. The Touring is almost $2000 more than an all-wheel drive EX-L. The Touring doesn't come in front-wheel drive.

Active Noise Cancellation is new, standard on all except LX. This feature uses microphones placed around the cabin to measure engine and road noises and then sends out a matching noise out of phase to cancel out the original noise.

The rear suspension on all-wheel drive models is no longer a simple twist axle but a semi-independent deDion design. In addition, the steering ratio on all models is now faster.

On the safety front, frontal collision warning with Collision Mitigation Braking System, Lane Departure Warning and a Road Departure Mitigation System are offered for the first time on the HR-V, standard on EX, EX-L and Touring. Adaptive Cruise Control with Lane Keeping Assist are part of the package as well, and Honda's unique Lane Watch are also standard on those same models.

This third generation of the Honda Insight is rated by the EPA at 55 city and 49 highway MPG. With 151 horsepower, the Insight should handily out-acceleration the 121-horsepower Prius. With 97.6 cubic feet of passenger space, active noise cancellation and dual zone air-conditioning, it should also be more comfortable.

You will remember the Passport. Just not fondly. The Passport was Honda's first attempt at both badge engineering and a sport utility. Built by Isuzu, the Passport was easily discernible as not a Honda both by its bicky exterior and its red ink on Consumer Reports reliability charts.

The new Passport is designed to leave a wholly different impression. This is a mid-sized crossover for younger families with few or no children that see themselves with an active lifestyle; camping, fishing, hiking. Snugged between the CR-V and the Pilot in size, it is much more Pilot than CR-V. The Passport uses the V6 engine and the nine-speed automatic from higher-trim Pilots. The all-wheel drive system is lifted from the Pilot as well, optional on lower models, standard on Passport Elite.

The Pilot gets refreshed looks, front and rear with a new grille, headlights, fascias, taillights and wheels.

Hands-free access has been added to the power liftgate on the Pilot Touring and Elite: kick your foot below the rear bumper to open or close the liftgate if you have the key in your pocket.

The 9-speed automatic transmission in the Pilot Elite and Touring has been retuned for smoother driving and improved acceleration.