Alpha-Numeric Soup: Out of the Soup    Comments 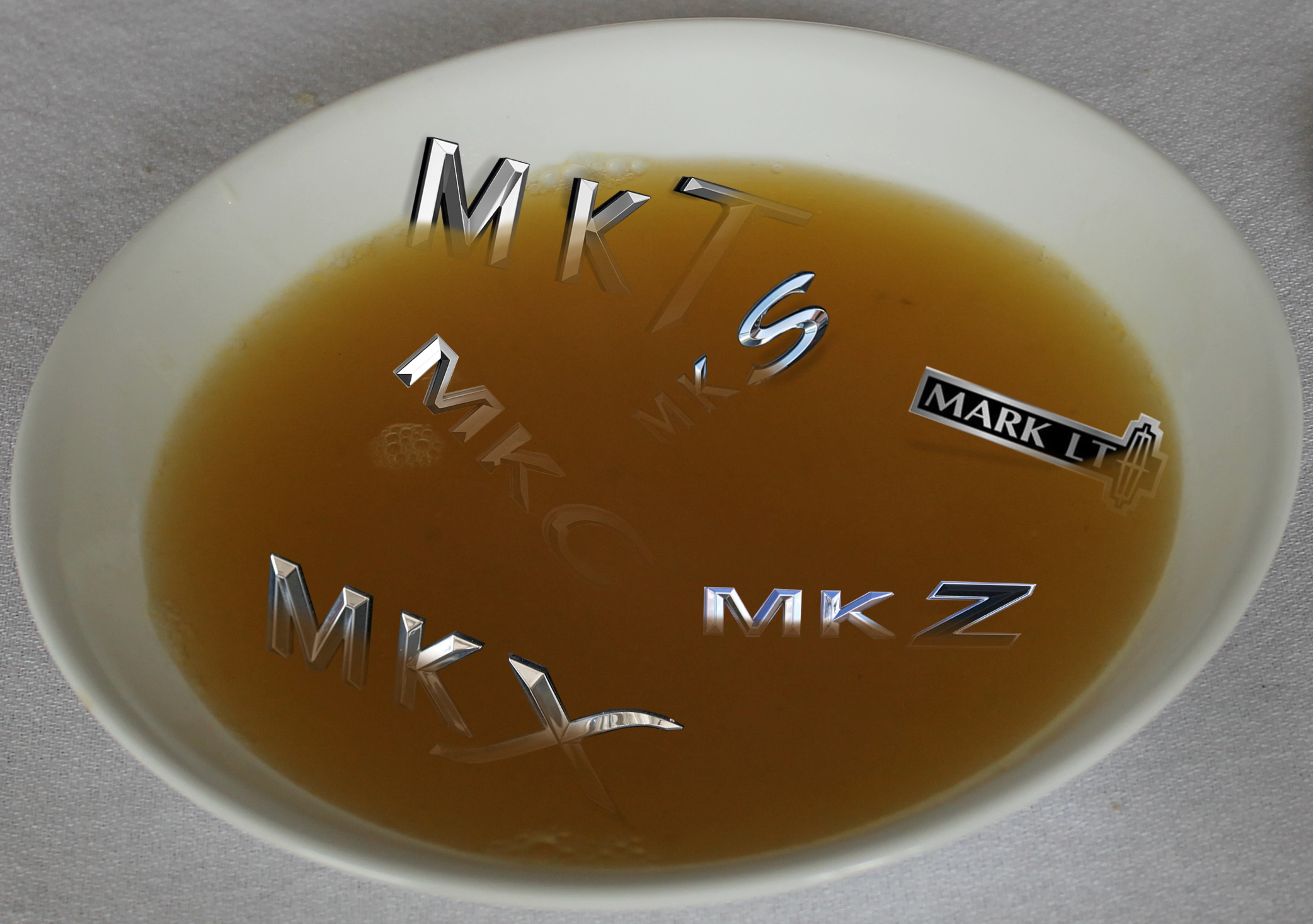 Lincoln will completely exit its hellish MK-flavored version of alpha-numeric naming when the MKC is redesigned for the 2020 model year; its new name: Corsair. Air-cooled engines and unpredictable handling will not be available. Here's the rundown on Lincolns new names:

Aviator, a new mid-sized, rear-wheel-drive sport utility never had a MK-name. Originally an upgraded and rebadged Ford Explorer, the Aviator was previously sold in model years 2003 through 2005. Sales start this Fall as a 2019 model. The new Aviator will be offered eventually as a plug-in hybrid.

Continental, the hit full-size car to replace the slow-selling MKS was the first out of the soup. Although sales are slowing now, along with the sales of other cars, the success of the redesign and its new name is probably the main reason Lincoln is getting out of the soup. Lincoln's use of the Continental name goes back to the 1930's, but its latest reincarnation drew the ire of Bentley, who is worried that a $45,000 front-wheel-drive luxury sedan will be mistaken for a $187900 all-wheel-drive coupe. With Ford's withdrawal from the car business and the discontinuation of the Fusion, upon which the Continental is based, its unclear whether the Continental will ride for very long, though a redesign including suicide doors has been shown to dealers.

MKC was the original name given to the Ford Escape cousin when it was introduced in 2015. Possibly one of the least confusing MK-name, it will be renamed the Corsair. A french name for pirate and the name of several military aircraft, the Corsair will not fly or traverse large bodies of water, but Lincoln hopes you still get the connotation. A redesign in late 2019 as a 2020 model will mark the transition to the new name. The 2019 MKC still rides.

MKT is being produced for 2019, unchanged for the past few years, but its future is unclear. The MKT was the indirect successor to the Town Car, so perhaps Lincoln can resurrect that storied name when it decides to refresh or redesign the MKT. MKTs roam Manhattan, picking up hotel and airport fares that are pre-arranged, but not hails, similar to the Town Cars use. Suburbans and Escalades picked up a lot of the business after the Town Car was discontinued.

MKZ sales are down 33%. Although Lincoln renewed their trademark of the Zephyr name, its future is about the same as the wooden roller-coaster in East New Orleans. The MKZ will be quietly phased out over the next year or two.

MKX models have now been replaced with the Nautilus. Nuclear power is not available at launch.

Navigator resisted going into the soup from the start and still retain their original name from 1997.