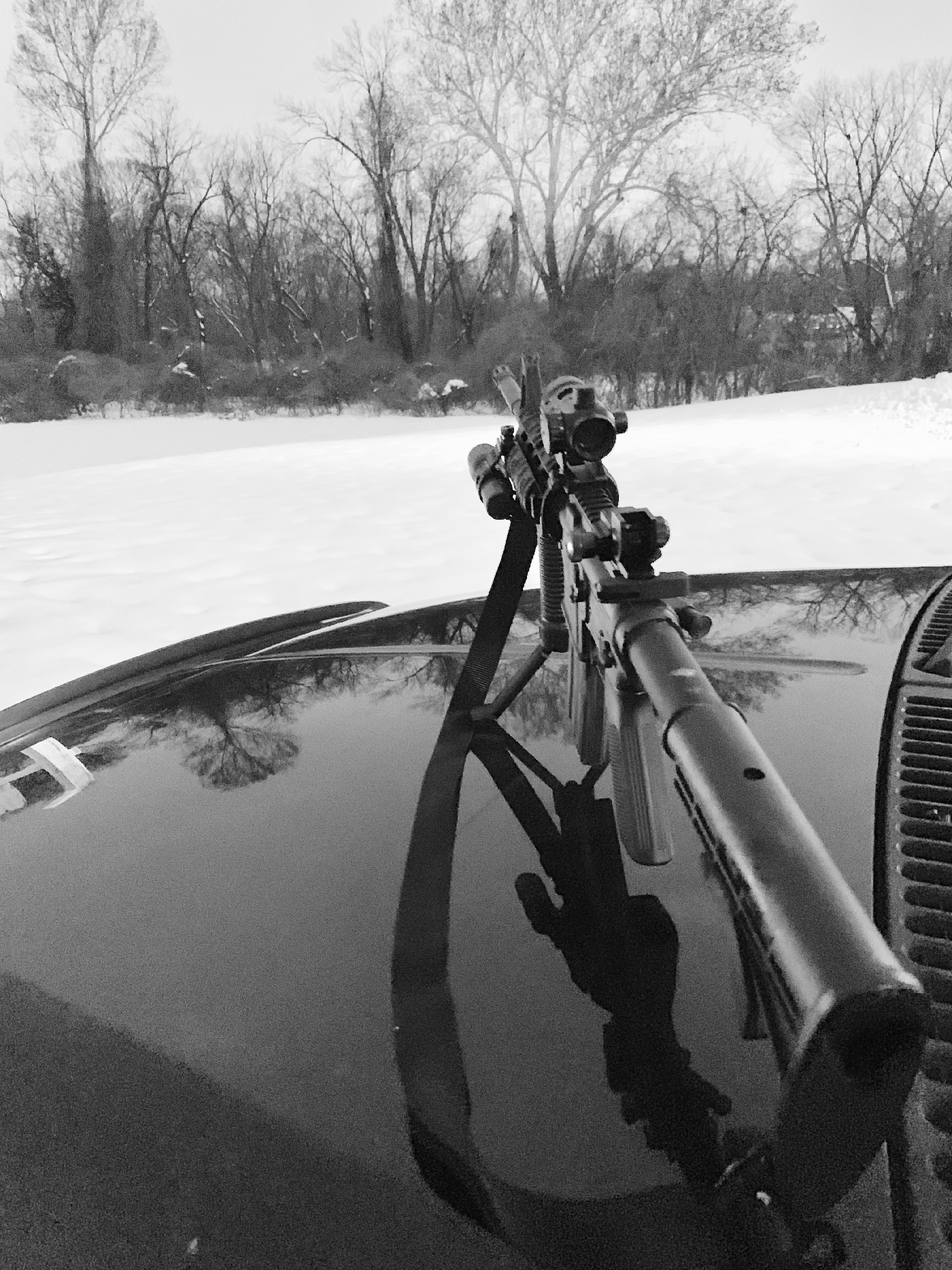 What Does The Second Amendment Have to Do with Off-Road Vehicles?

My first, real combat mission was thrilling, terrifying, and, thankfully, a little boring.  I fought in Iraq during the War on Terror.  The first time I went off the base, “outside the wire,” as we used to say, I quickly learned that my life depended on my vehicle.  I was well armed and carried more than my share of ammunition, just in case, but the bottom line was that patrolling in Baghdad meant that we needed our vehicles.  This was for practical reasons.  Classic American muscle like a Dodge Charger might be great for patrolling cops, but just didn’t have the capabilities we needed.  Even in urban, tight areas, it was not inconceivable to become separated from the unit if fighting street-to-street.  Being stranded was potentially life threatening.  There were a lot more of them then there were of us in any given area, and all of our re-supply, communications, firepower, and armor was carried by my M1114 High Mobility, Multi-Wheeled Vehicle (HMMWV) or “Hummer” as they are often called.

I remember driving through thick crowds on that first mission and feeling safe inside the truck.  We used to tell VIP’s, like reporters that would sometimes ride along on our missions, “Whatever happens, stay in the truck.”

It’s safe in the truck.

In fact, our trucks were such a big deal that standardized military reports measure people, equipment, and vehicles as a single unit.  That’s called a “Platform” in the Army.  The effectiveness of a unit is People are not effective without an operational vehicle.  If all the systems in the Platform were good, everything from the truck itself to the people operating it, then it is considered combat effective. If only one component was inoperable, the whole platform was considered sidelined, which is a red flag for the entire unit.  This shows the high importance that the military puts on its vehicles, a prioritization that stems from decades of military doctrine that defines the ability to maneuver as one of the four major components of combat power.[1]  Maneuver is of first importance because being “pinned down,” unlike in the movies, is not a heroic moment to shine, it is certain death.

Though this principle is of such immensity in our military, it is almost never discussed in civilian life when it comes to our own safety and ability to defend ourselves.  What I am talking about are the implications of our Second Amendment right to bear arms. Just as guns are useless without bullets, the right to keep weapons is useless without the ability to move. Imagine for a moment that the United States was attacked from the north.  In harsh, often snowy climates, would citizens be able to defend themselves or help repel an attack with personal weapons without the ability to maneuver?  Of course not.

Our ability to keep and operate off-road capable vehicles is as essential to preserving our freedom as our right to bear arms.

In order to exercise the intent of the Second Amendment, we must preserve the ability to freely maneuver, even off-road.

This is because the ability to maneuver is a cardinal necessity for combat.

Interestingly, we are experiencing a market shift toward SUV sales and production. Most major companies are now ramping up SUV manufacturing while abandoning previously well performing sedan models.  The Wall Street Journal reports that 42% of overall US vehicle sales were SUVs in 2017, which is a 12% increase from 2010.[2]  Features such as higher visibility, overall better safety records, and useful cargo spaces are some of the features that justify the market shifts.

But, this has not always been the case.  Following fuel price increases in 2008-9 large SUVs were largely vilified as smog-machines and gas-guzzlers.  These nomenclatures were not without warrant in many cases, but the current shift toward SUVs is fashionable, not reasonable.

I’m suggesting that we consider off-road capable vehicles as an essential component of defending our freedom, not just for towing the boat or getting the crew to soccer practice.

In the famous “Federalist Papers” many of the Founding Fathers revealed the political theory behind the Constitution and Bill of Rights. In number 28, Alexander Hamilton, discusses the use of force for the common defense both externally, as in the case of invasion, and internally, as in the case of tyrannical powers trying to take over government.  Both of these principles are key historical arguments for the Second Amendment. Hamilton reinforces the right of self-defense against “representatives… [that] betray their constituents” by saying that “the citizens must rush tumultuously to arms, without concert, without system, without resource; except in their courage and despair.”[3]  Hamilton had in mind that the right to bear arms necessarily required citizens the ability to assemble and to fight in concert to defend the nation.

This heritage is exemplified in the Minute Men, who massed quickly, armed with personal weapons, to fight the British during the Revolutionary War.  For us to ensure the modern defense of our nation from both external and internal threats by maintaining a citizenry free to keep and bear arms, we must also be able to mass together and move freely.  The best muscle cars on the market are unable to maneuver people in a tactical environment.  Just a little snow and our rear-wheel-drive speed machines will leave us stranded.

As we begin an unprecedented age of SUV manufacturing and sales, we need to keep in mind the importance of off-road capability for the common defense.  When trim packages and cargo space will soon dominate the offerings, consider the link between the ability to shoot and the ability to move.  God forbid, but if our Second Amendment rights are ever called upon for our preservation, spending a little more for the Four-Wheel-Drive option might just mean the difference between being pinned down and surviving.

Land of the Free, because of the Brave,