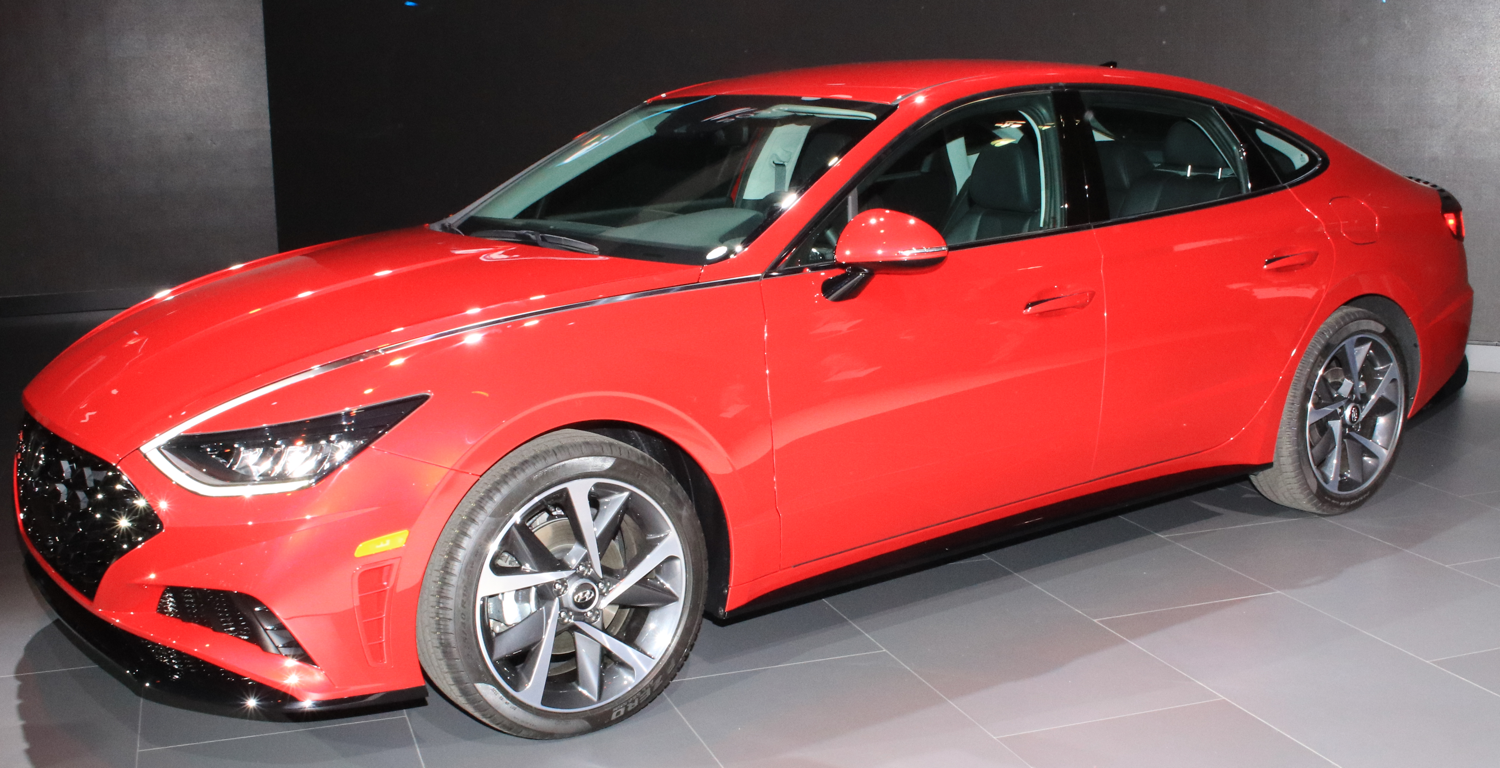 The Accent gets a new engine. Down 10 horsepower and 6 pound-feet of torque, it gains appreciably in fuel mileage. The 6-speed manual remains as the standard transmission but the 6-speed automatic is replaced by an "IVT." The IVT is Hyundai's name for a continuously variable transmission, with steel belts and moving pulleys. Infinite gears > 6 gears.

An outside temperature gauge is now standard on SE.

Aside from a $300 price increase, no changes.

The manual transmission is gone. #SavetheManuals For 2020, the standard 2.0-liter 147 horsepower 4-cylinder also loses its 6-speed automatic in favor of a continuously variable transmission Hyundai dubs IVT, for "Intelligent Variable Transmission." The Elantra Eco and Sport retain their 7-speed dual-clutch transmissions, though the Sport also loses its manual. Auto Start/Stop is now included on Eco but all models gain significant in fuel mileage improvement.

Refreshed styling inside and out are new for the 2020 Ioniq. The Ioniq Electric gets a longer range: 170 miles, 46 miles more than before; and 16 more horsepower, a total of 134. The Ioniq Plug-In Hybrid also gets a small horsepower boost: 17, now making 156 net horsepower, and a two-mile boost to its electric-only range, now 29 miles. Charging times are a litle longer for the Ioniq Electric, up to 35-and-a-half hours on 110-volt household current, or 57 minutes for an 80% charge at a fast-charging station (440-volts).

A Smart Cruise Control is offered on the Kona for 2020, standard on Kona Ultimate. Kona Limited and Ultimate in Sunset Orange exterior now gets orange interior accents. The Iron Man Edition is cancelled (is someone being ironic?). SEL Plus models (previously the Technology Package on SEL) now have Qi-compatible wireless charging and a 4.2-inch color information display. SE models lose the front power window automatic operation: now the driver's window is the only automatic one, only down. A rear armrest with cupholders is now standard on SE.

A battery warmer is now standard on Limited and Ultimate. The Ultimate gets a larger 10.25-inch screen for its standard navigation system. Blind spot warning and rear cross-traffic alert are now standard.

The hydrogen fuel-cell crossover gets rain sensitive wipers on Limited trim and automatic one touch front windows are now standard. New privacy glass on rear windows and the back hatch are standard.

What do you do when the Veracruz and Santa Fe XL are not big enough? Build an all-new crossover sport utility with three rows of roomy seats and a 3.8 V6 with 291 horsepower. Three inches longer than the Santa Fe XL (I'm not looking up the old Veracruz) and 6.4 cubic feet more maximum cargo capacity help sell the size, but he biggest difference from the Santa Fe XL is the seat count: up to 8 passengers. It only matches the SFX's 5000 pound towing capacity. But mostly it looks larger.

The Palisade is a twin to the also new Kia Telluride.

The Rear Occupant Alert system that uses sensors to warn a driver if they may have left a little one behind is now standard on all models, though the one on SE and base SEL models is based on the rear door opening and not a fancy ultrasonic sensor like the higher trims.

Blind Spot Warning, Rear Cross Traffic Collision-Avoidance Assist and Safe Exit Assist are no longer standard on all models: optional on SEL and standard on Limited and Ultimate. SE and SEL models get convex spotter mirrors in the corner of their driver's side outside mirror to mitigate the loss.

A new system, Blind View Monitor, is standard on Limited. Already offered on the Palisade SUV, it projects a picture of the blind spot onto the infotainment screen when you activate your turn signal. A similar system is available on some Hondas on the passenger side, but the Hyundai version works for both sides.

Dark chrome trim is now standard on Limited no matter which exterior color you choose.

Turns out the 2.2 turbo-diesel engine was vaporware. Never came for 2019. Not coming.

Replaced by Palisade; see above.

The Sonata is new for 2020 and its styling is stunning and tasteful at the same time (take note BMW and Lexus). Its most noticeable feature: the accent LED daytime running lights that stretch into the line separating the hood from the front fenders and then fade out.

One of the new Sonata's fancier tricks: unlocking and starting with your phone. If it's secure enough for your banking...

Other clever tricks: Sonata Limited has a standard Remote Smart Parking Assist. Not only can RSPA park automatically in a parallel or perpendicular spot, controlling transmission brakes and accelerator, but it can even park the vehicle with nobody in the driver's seat, using the remote. Sonata Limited has a blind spot camera system which projects a view of the rear corner when the turn signals are activated, showing the driver what's in the blind spot. Sonata Limited also comes standard with an Around View Monitor which shows a birds eye view fully around the car to make parking and maneuvering easier (if you want to do that yourself!).

The highly efficient and comfortable hybrid version of the Sonata will also be all new for 2020. It won't be available until calendar year 2020 begins.

No changes other than new colors and re-shuffling of options and packages.

The Veloster Turbo and Turbo Ultimate no longer come with a manual transmission, but don't worry, the Turbo R-Spec and the hot-rod Veloster N still have a six-speed and three pedals. #SavetheManuals

This all-new sport utility is meant to take up the bottom rung of the ladder, below the Kona, even. In a nod to traditional buyers it is styled much more like an old, body-on-frame rear drive sport utility. There is more of the original Kia Sportage in the look than any recent Hyundai SUV. The engine will be a 1.6-liter 4-cylinder borrowed from the Accent, with the Accent's 6-speed manual or CVT automatic. Drum brakes on the lower model confirm this is an entry-level vehicle. Frontal collision warning and automatic braking will be standard.