The top-of-the-line Premier and Avenir models add front seat back massages to their list of luxuries.

All models get a new and improved infotainment touchscreen interface.

The rear view camera is now in high-def. So is the optional Surround Vision system. Before: "There's a squirrel behind us." After: "That squirrel has a tattoo of Mike Pence on his arm!"

A new Sport Touring edition is offered on Essence" models, with a unique grille, 20-inch wheels with gray satin painted insets and "Sport Touring" badges. No clue as to what sport you'll be touring, but I'm thinking golf.

"Trailer Assist Guidelines" and "Hitch Guidance with Hitch View" are now included with the Trailering Package. They draw an animated line on the rear view camera display to where the trailer hitch will go, allowing easier hookups. Hitch View zooms in to just show you your trailer hitch so you can match up exactly.

On Enclave Avenir, the bottom cladding, most prominent below the rear bumper, is now body color instead of a neutral gray.

The hot-rod direct-injected 1.4-liter turbo engine (153 horsepower) is no longer offered. It also got better fuel mileage than the non-direct injected 1.4 turbo (138 horsepower) that remains. 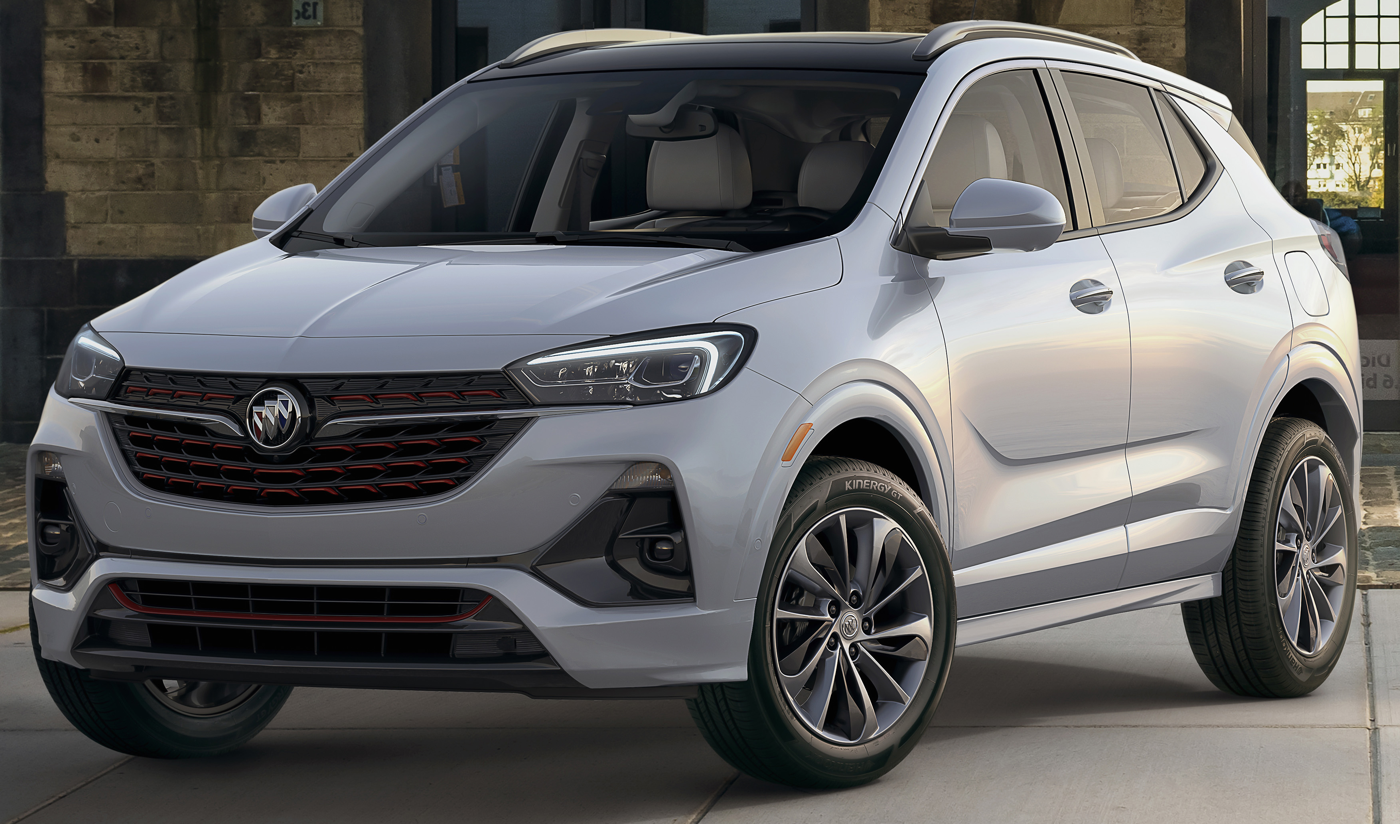 Buick is taking advantage of the trend of small, premium sport utilities (which it created) by placing a sport utility between the Encore (which started it all) and the Envision (which may not survive a tariff fight with China). What better name? Encore GX.

Like the original Encore it is made in South Korea, with whom we are not involved in a trade war.

We think the Direct-Injected 1.4 turbo will reappear here.

Discontinued, unless you're Chinese. Our cover shot shows the redesign that most Americans will never see.

Dual zone automatic air conditioning is now standard across the board. A new rear spoiler is standard on GS and optional on Essence. The spoiler is part of the new Sport Touring package available on Essence, which also includes an "ST" badge, gloss black wheels and a custom black grille.

Finally, all-wheel drive is no longer offered on Regal Sportback Preferred; it is still optional for Essence and standard on GS.