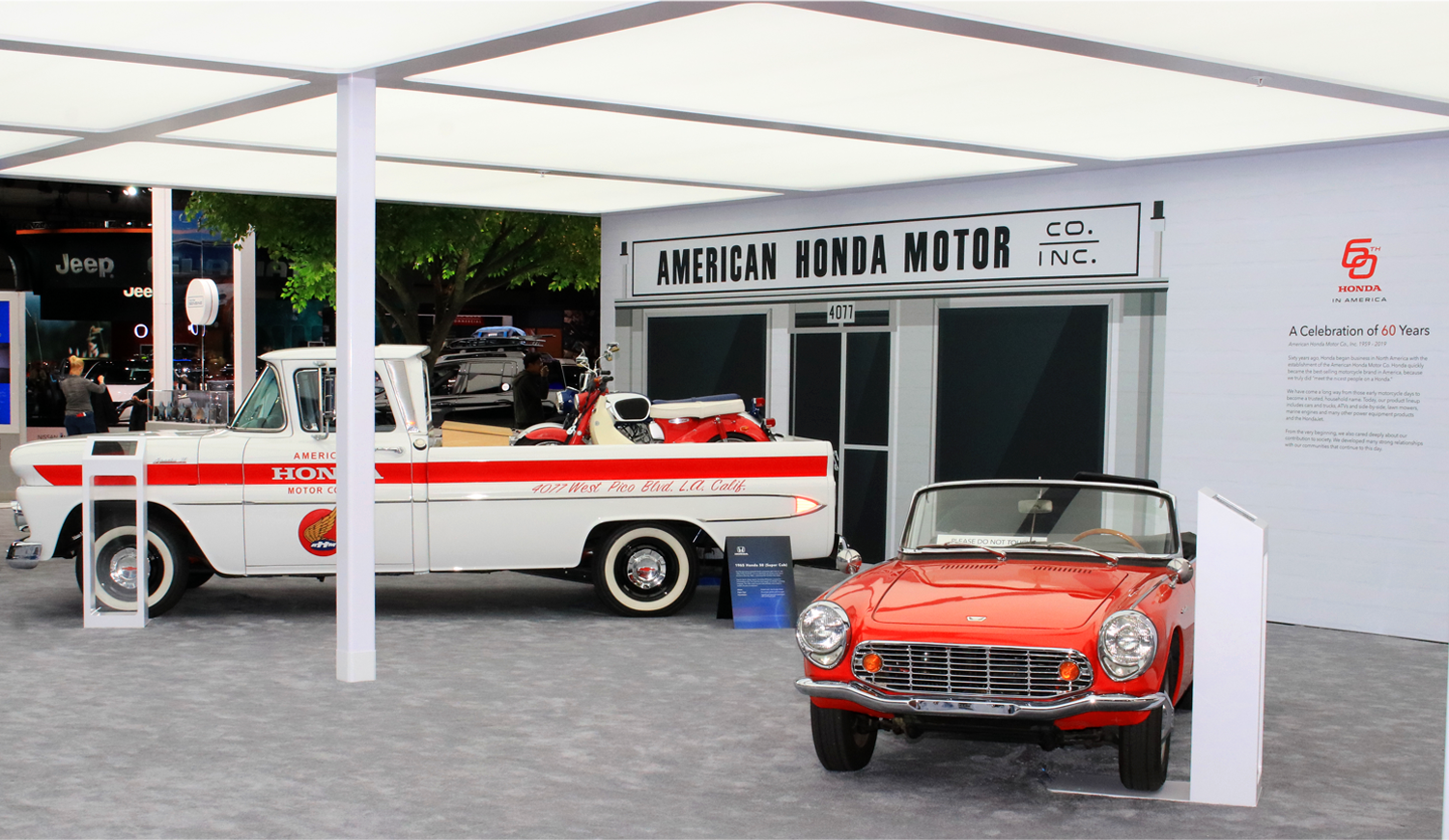 The smaller engine is no longer offered in the Accord Touring, only the 2.0-liter turbo 4-cylinder. 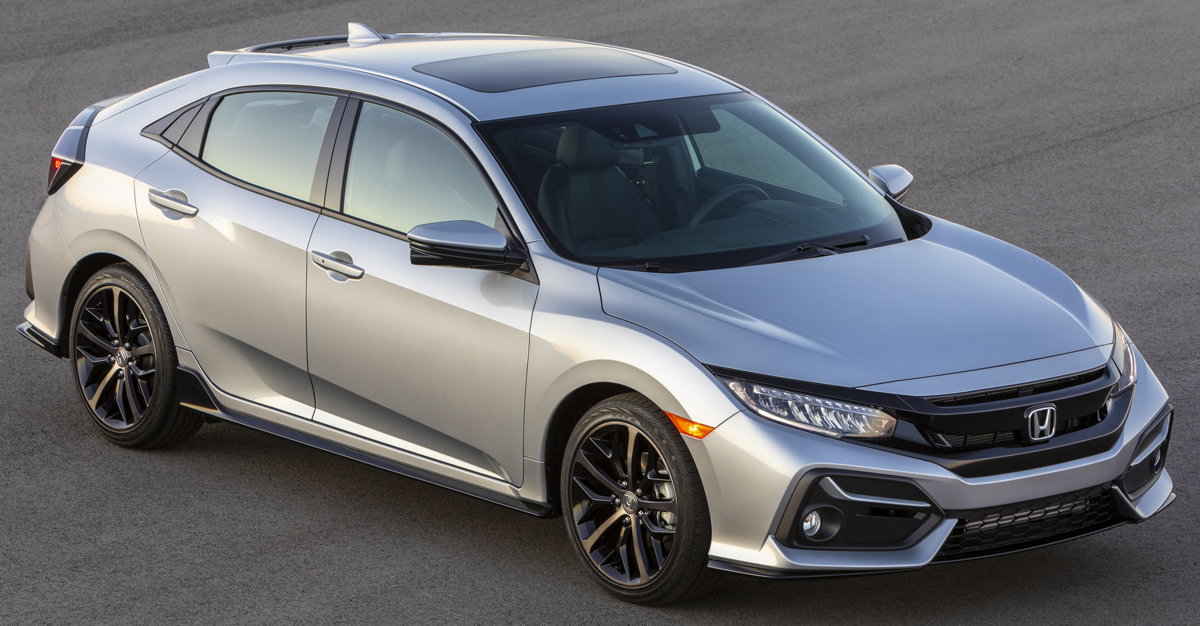 The Civic Hatchback gets a refresh for 2020. The front lower corner grilles are the most apparently changed items, but new bumpers and main grilles are subtly changed. Headlight lenses are darker, on Sport Touring the light output is improved.

The Adaptive Cruise in the Hatchback gets an upgrade with the CVT transmission: Low Speed Follow, which will allow traffic jam occupants to let the car move with traffic, stopping when necessary.

A refresh to keep up with the regular Civics gives the Si a new set of front lower corner fascias with body-colored horizontal dividers above the fog-lights, now LED powered. Headlights trade projector halogen for LED, similar to Civic Touring. A new rear bumper and new matte black wheels round out the changes on the outside. Inside red accents throughout make the Si feel sportier.

A 6% faster final drive ratio gives the little racer more spunk, but as a result fuel mileage rating loses two MPG on both cycles, down to: 26 city/36 highway. So you sound faster, Active Sound Control pipes engine noises in through the radio when you drive aggressively.

The Type R gets a lot of enhancements, including better brake rotors and pads, more cooling for the engine, tweaks to the suspension for grip and comfort, Active Sound Control to enhance engine sound in the cabin, and a fancier steering wheel and shifter. Exterior changes are subtle (unlike the Type R itself) and are similar to the changes on the other Civics. Basic specs don't change. On the safety front, Honda Sensing is now also included on the Type R, meaning it is standard on all Civics. It includes Lane Departure Warning with active correction, Road Departure Mitigation, Forward Collision Warning and Collision Mitigation Braking System (autonomous automatic braking), Auto High-Beam Headlights and Adaptive Cruise Control. The price is up by $1355, now $37,950.

At the Chicago Auto Show

Outside mirrors are now black. The audible warning system is improved. Cold-weather operation is improved.

The CR-V gets a significant refresh, including its first hybrid powertrain. On the non-hybrid side, the old 2.4-liter 4-cylinder is banished, making the 1.5 turbo standard on all non-hybrid CR-V models; this engine is unchanged except for the addition of standard idle-stop to improve fuel mileage in traffic. The CR-V Hybrid gets essentially the powertrain of the Accord Hybrid, with its 2.0-liter 4-cylinder, 212 net horsepower, but with standard all-wheel drive.

The CR-V Touring now features 19-inch wheels with 235/55R19 tires. It also has a new wireless charging feature for compatible phones and a heated steering wheel.

The Odyssey gives up its 9-speed automatic on lower models as all trims move to the 10-speed. Automatic engine start-stop is also standard on all models. Prices are up about $500-$750. 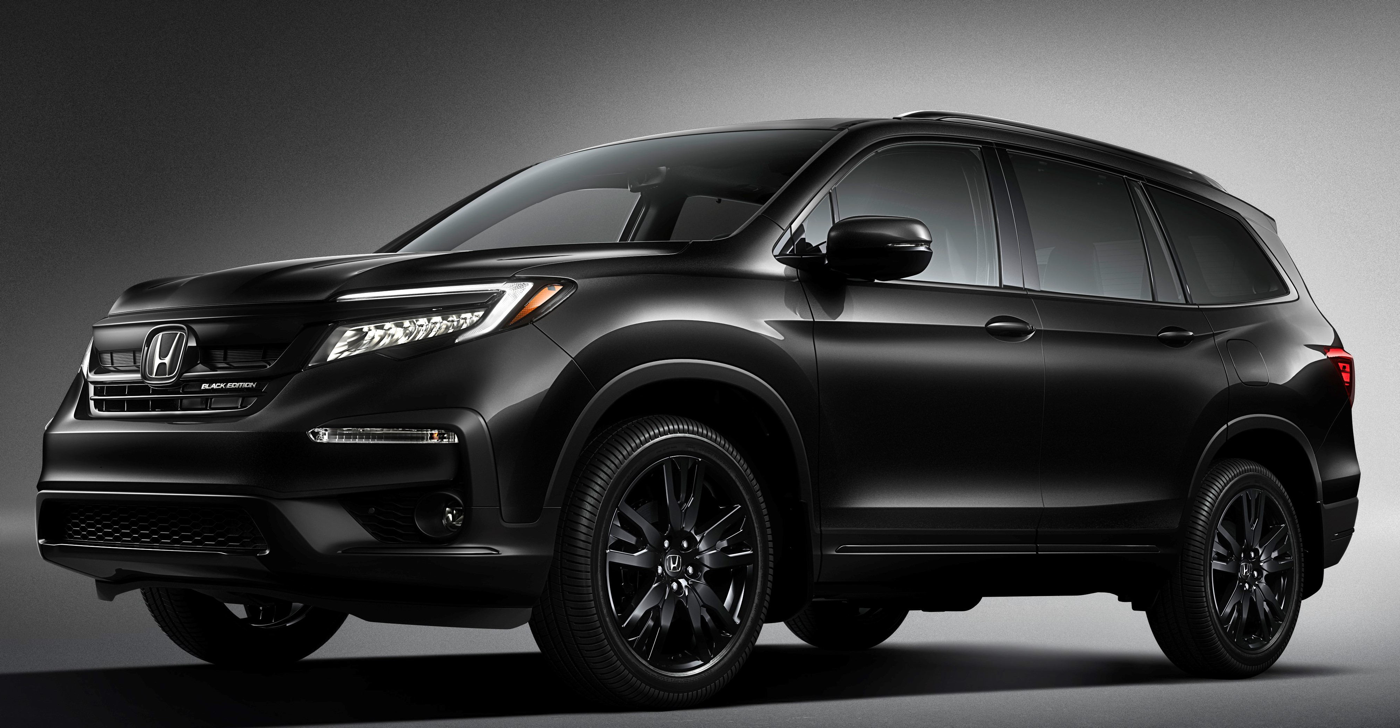 A new top-level model, Black Edition, is based on Pilot Elite, but with a full blackout treatment. Inside, exclusive red accent lighting and red stitching sets it apart from a run-of-the-mill Elite model.

All models increase by $200. Black Edition adds another $405 over Elite.

A significant re-engineering moves the Ridgeline to a nine-speed automatic (previously six-speed), eliminates the base "RT" and the "RTL-T" trim and makes Honda Sensing® standard. Idle-Stop, Honda's system to turn off the engine whenever the vehicle comes to a stop, is now in place on the Ridgeline. Fuel mileage remains about the same.

Exterior design and dimensions are the same, but curb weight, miraculously, is down by about 40 pounds.