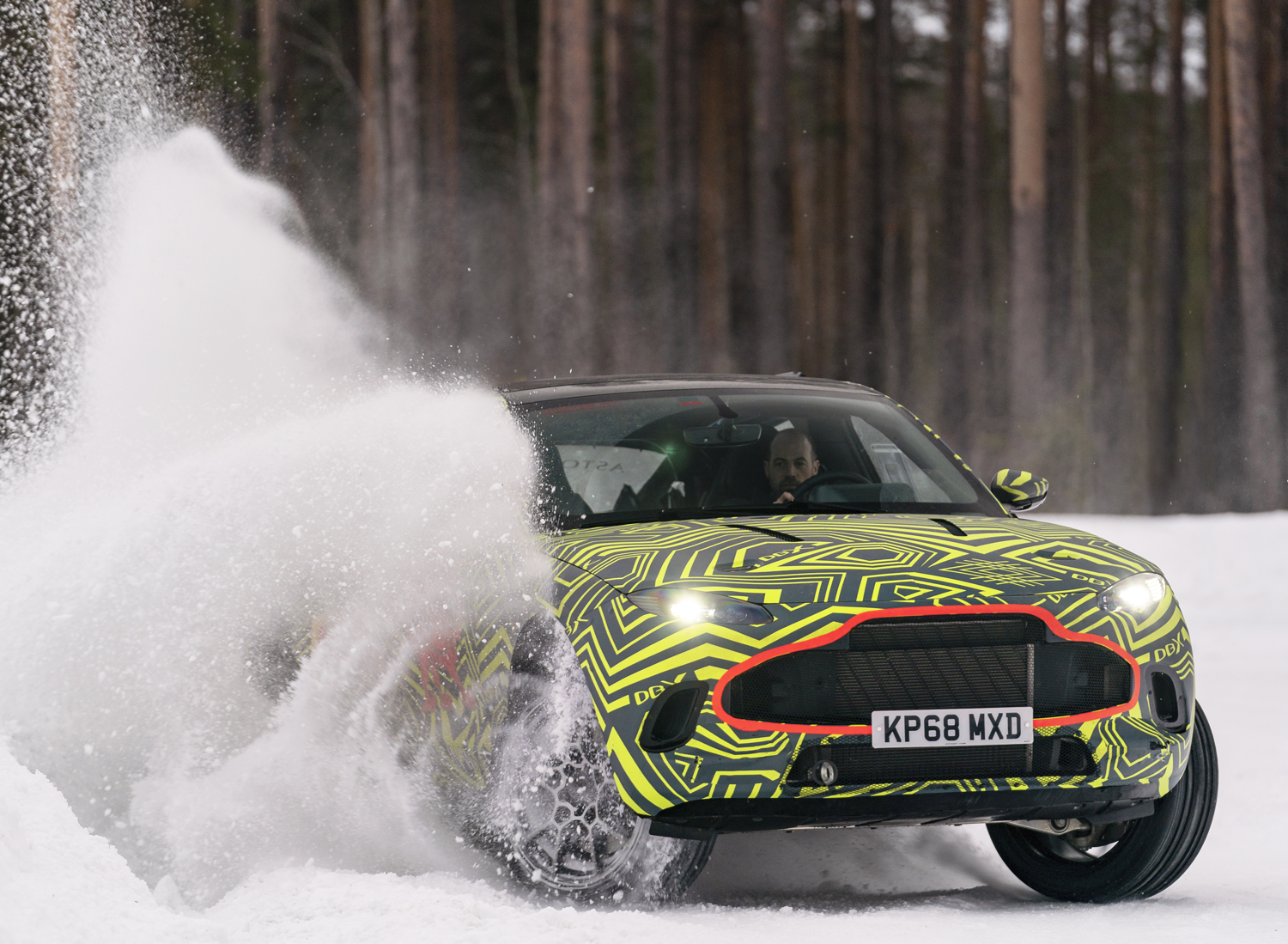 A new hands-free trunk release unlocks the trunk with a kick of your foot when you have the key with you. Since the trunk is not power operated you have to raise the lid yourself and it can't close again hands-free.

A DBS Superleggera convertible or "Volante" version is now also available. It is Aston Martin's fastest drop-top at over 200 MPH claimed top speed. 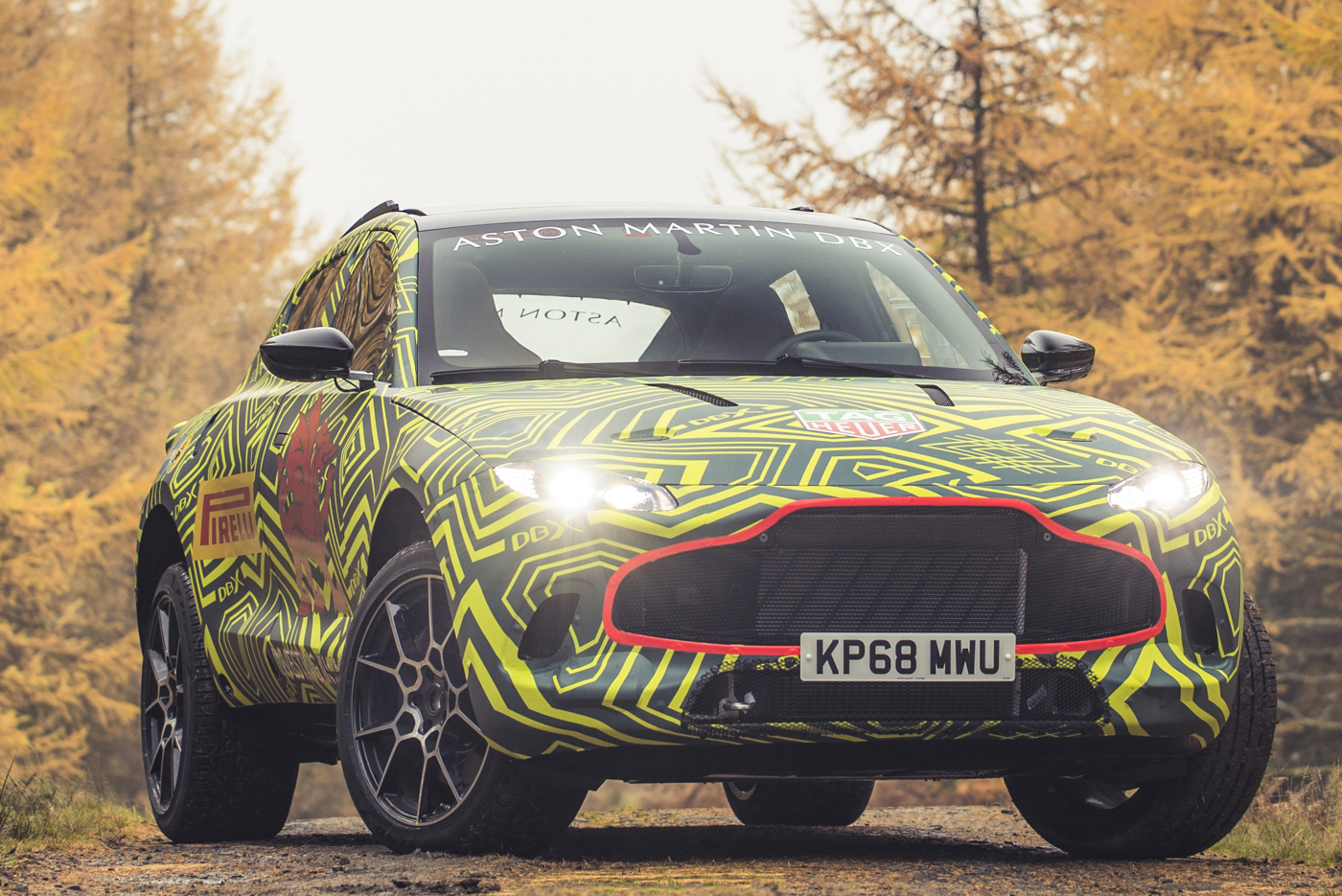 BMW started it; then Porsche got one (then two), now Lamborghini has one, Rolls-Royce has one and even Bentley has... a sport utility. Well, you can't leave those Aston Martin boys out. The DBX is on its way! With a 4.0-liter twin-turbocharged Mercedes V8 producing 542 horsepower (increased by means of more boost and a lower compression ratio), a nine-speed Mercedes transmission and a unique, high-performance all-wheel drive system, the DBX claims to be the quickest, best handling sport utility ever.

Unlike the borrowed engine and transmission, the chassis, body and suspension are all Aston Martin and completely new to this model. Comprising aluminum for the frame and outer sheet metal reduces weight. Even a carbon fiber one-piece driveshaft is utilized, similar to the one in the Alfa Romeo Giulia Quadrifoglio. The result: a curb weight of only 4940 pounds, considerably less than any other luxury port utility, even less than a V8 Jeep Grand Cherokee. The suspension uses 48-volt active roll bars to keep the ride level, along with air springs and electronically adjustable shock absorbers to adjust ride quality continuously. The ride height can be lowered for stability and aerodynamic improvement or even to make loading easier, or it can be raised in order to conquer tough terrain.

Massive 16.1 inch steel rotors are standard in front, with 15.4 inch rotors in the back. All four rotors are ventilated, but due to the off-road capabilities are not cross-drilled, since mud could fill the drilled holes and throw the balance of the wheels off. The tires are huge: 285/40R22 front and 325/35R22 rear.

Safety features won't be scrimped upon, either. The DBX is the first Aston Martin to offer Adaptive Cruise Control, Lane Keep Assist, Lane Departure Warning, frontal collision warning with pedestrian detection, and forward autonomous emergency braking. All are standard, as is blind spot warning and rear cross-traffic alert. In addition, "multiple front, side and curtain airbags" will be standard. Hill Descent Control is also standard, allowing a steady, slow rate of descent when off road. 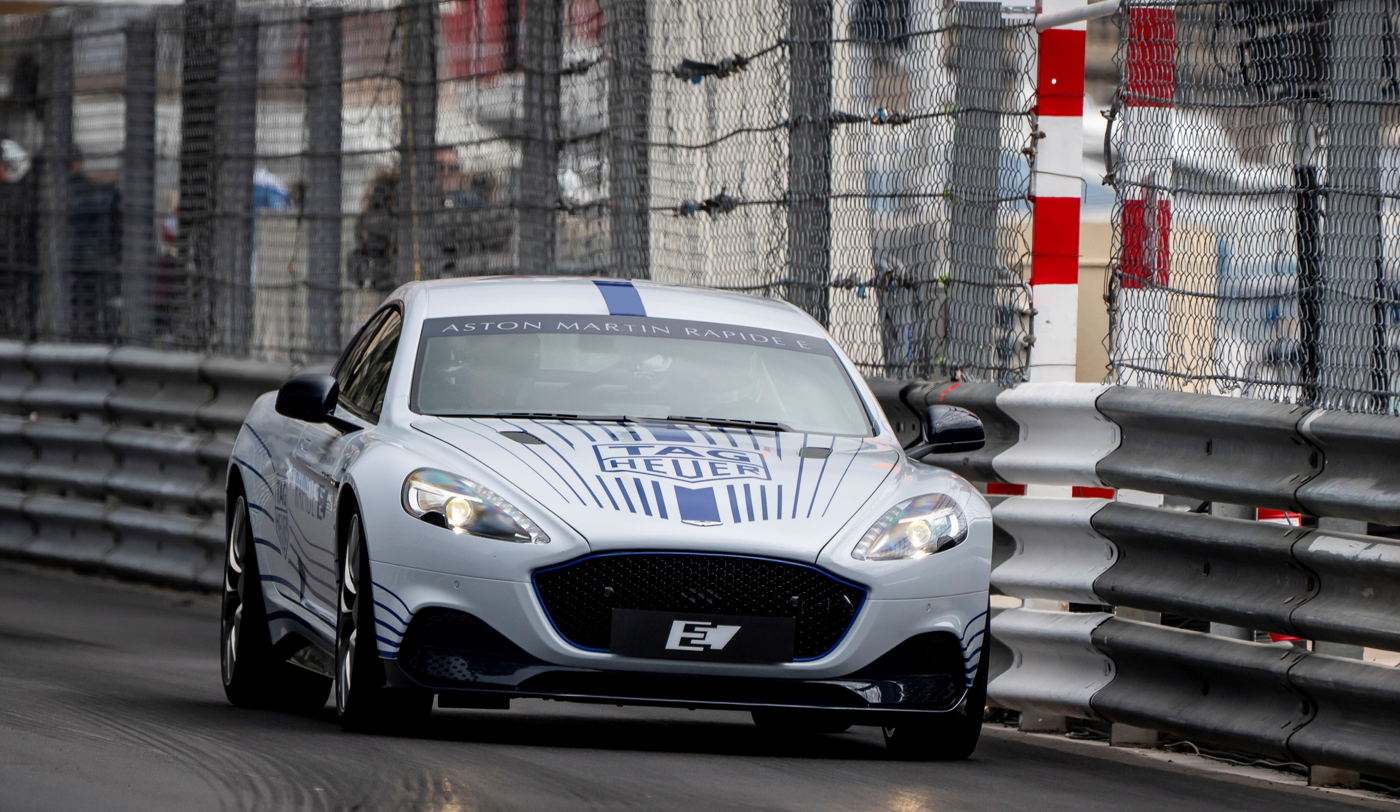 Expired, but Shelly's favorite doctor is due to bring it back... with electricity!!! Muuhahahah!

With batteries replacing a gasoline V12 a twin rear-mounted electric motors putting out 604 horsepower, it promises zero to 60 MPH in less than 4 seconds. Its debut on the Monaco racetrack was an event.

A dog-leg 7-speed manual will be offered in a limited production Vantage AMR Coupe.

The dog-leg shift pattern places first gear separate from the 2-3 gate, paired with reverse. Usually 7th gear would be separate, but in a dog-leg, there will be a straight shift from sixth down into seventh gear. The V8 engine's 503 horsepower stay the same, but twist is down by 44 pound-feet to 461.

That's not the extent of the 3-pedal car's tricks: high-tech wizardry permits full throttle shifts and will also electronically match RPMs while downshifting. Andy Palmer, CEO of Aston Martin Lagonda promises there will always be a stick-shift in the lineup.

Carbon ceramic 16.1-inch brakes are standard and weight is reduced by over 200 pounds from a standard Vantage. Limited to 200 units worldwide, the AMR is priced at $204,995. #SavetheManuals

The Carbon brakes are optional on lesser Vantages.