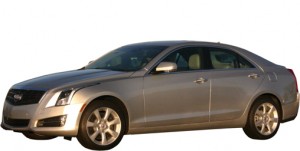 In addition to Lane Departure Warning, the ATS now offers a Lane Keep Assist, which will help center the vehicle and reduce driver fatigue. Performance and Premium models offer an optional Automatic Safety Belt Tightening, which uses the radar in the Forward Collision Alert to predict a crash and tightens the seat belts to help further prevent injuries. (This is not the same as the standard pre-tensioning safety belts, which use pyrotechnic devices to tighten the belts after an collision has occurred.) If a collision doesn't take place, the belt will loosen. A 4G LTE Wi-Fi hotspot is an optional part of the OnStar system. A wireless charging area is also optional, allowing specially designed devices to charged without being plugged-in. The torque of the optional 2.0 Turbo has been increased to 195 lb.-ft., which should make acceleration more brisk. On Premium models, a new power tilt and telescoping steering wheel will also hold two driver's positions in the memory system and can be programmed to raise and pull in to make entering and exiting easier. Keyless Access is now standard across the board, so you won't have to reach for your keys to open or start the ATS. 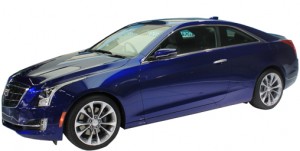 A two-door coupe version of the smallest Caddy expands the lineup further into BMW territory. (Next year, an ATS-V will compete with the M3 and M4.) Offering the 2.0 Turbo (272 horsepower) and the 3.6 V6 (321 horsepower), but not the base 2.5 4-cylinder that the ATS Sedan does, the ATS Coupe will also offer a manual transmission (2.0 Turbo rear-wheel-drive, only) and All-Wheel-Drive. The ATS Coupe only offers the larger of the two brake systems offered on the ATS Sedan: 12.6" Brembo front rotors, 12.4" rear. It also only offers the largest tires: 225/40R18 front/255/35R18 rear. (The 19" wheels available as dealer accessory on the Sedan aren't offered on the Coupe, yet.) The ATS coupe offers an electronic noise cancellation program not presently available in the sedan. Due to rear sight-lines, a backup camera that costs extra on the ATS Sedan  is standard on the ATS Coupe.

Except for a short run of the 556-horsepower CTS-V Coupe for 2015, the CTS Coupe is dead and probably not returning. The limited production swan-song will consist of 500 white, gray or black coupes with black leather seats with red stitching. 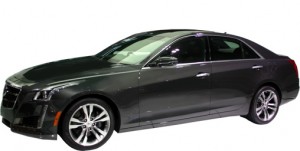 A 4G LTE Wi-Fi hotspot is standard. A wireless charging area is also standard, allowing specially designed devices to charged without being plugged-in. In addition to Lane Departure Warning, the CTS now offers a Lane Keep Assist, which will help center the vehicle and reduce driver fatigue. 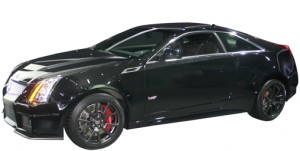 No CTS-V Sedan. Will be replaced with next generation model soon to use Corvette Z06 supercharged 6.2 V8. Coupe version of the previous generation CTS will have an abbreviated 2015 run. 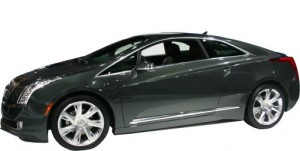 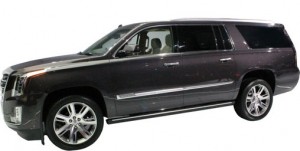 The 205 Cadillac Escalade and Escalade ESV have been totally redesigned. The engines share the variable valve timing, cylinder deactivation and direct fuel injection with the Corvette and the Silverado/Sierra pickups. Several new safety technologies have been added as options:

The new Escalade and Escalade ESV, along with twins, the Tahoe, Suburban, Yukon and Yukon XL, are all very quiet, advanced heavy pullers. 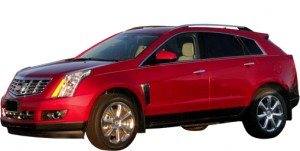 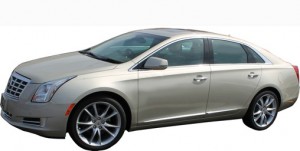 A 4G LTE Wi-Fi hotspot is standard. In addition to Lane Departure Warning, the XTS now offers a Lane Keep Assist, which will help center the vehicle and reduce driver fatigue. Platinum trim level now has a rear seat armrest with A/C, sunshade and radio controls. Platinum models also offer 22-way power front seats with a massage function in addition to heating and cooling. Models other than the base now have power-folding side mirrors. Base models did lose their auto-dimmming function, also. A CD player is no longer standard, now a limited production option.