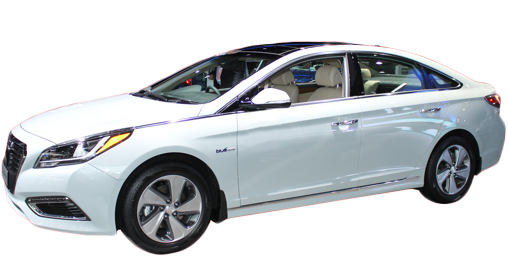 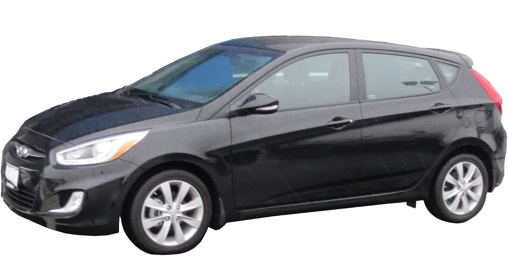 GLS and GS models are both rebadged as SE. Heated side mirrors with blind spot convex segments are no longer standard on SE Sedan; part of "Popular Package." 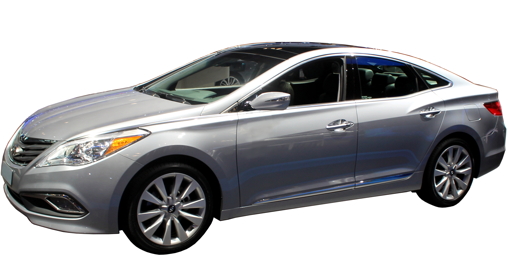 Smart Cruise Control is now available, standard on Limited. It can match the speed of the vehicle in front all the way down to fully stopped, making it ideal for stop-and-go heavy traffic situations. Azera Limited also has an electronic parking brake instead of the foot pedal still in base models. 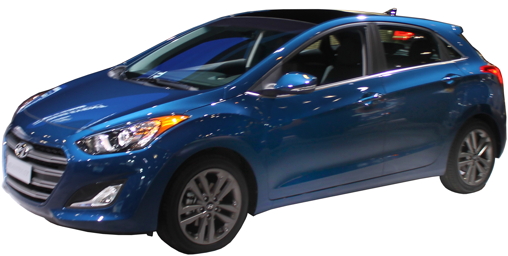 New grille, wheels and bumpers freshen the look of Hyundai's compact hatchback. New optional ventilated driver and front passenger seats are the only ones in the class. The BlueLink system now allows remote starting through a smart phone. Siri Hands-free is also available. 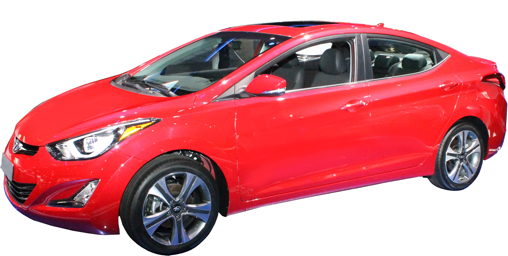 Elantra Sport downgrades to standard cloth seats and loses its power sunroof, bringing its MSRP down over $1300. Navigation is now offered as an option on Sport (previously only available on Limited). Elantra Limited now includes standard proximity key (also standard on Value Edition and Sport) to allow the driver to unlock the car and start it with the key still in a pocket or purse, and standard dual zone automatic climate control. Heated mirrors and blind-spot mirrors are now extra cost on Elantra SE. A telescoping steering wheel is no longer offered on the SE (last year it was standard on all models). 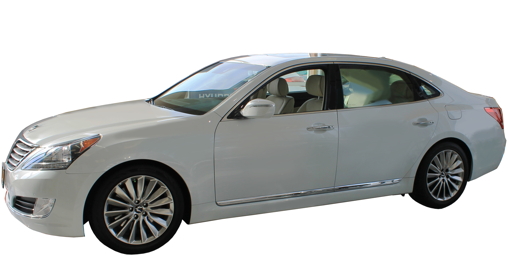 The Equus Ultimate now has a hands-free trunk opener, similar to the one on the Genesis and Azera. 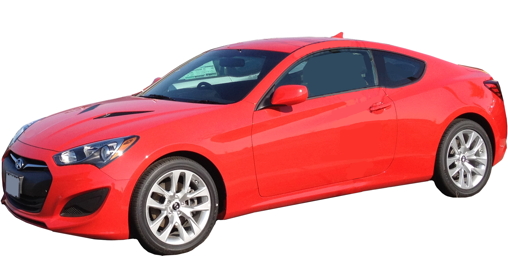 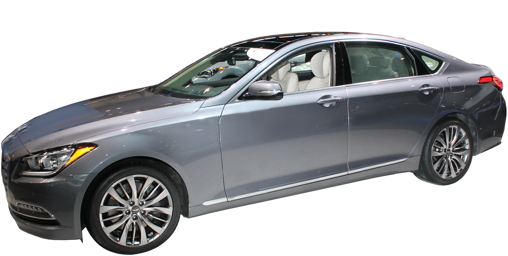 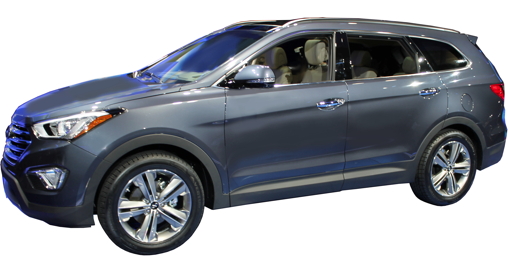 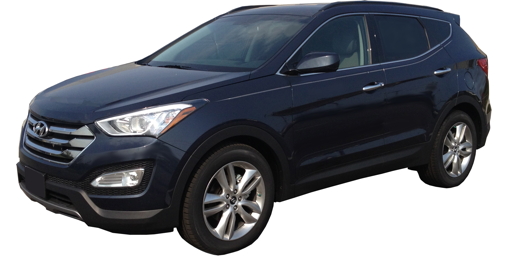 Heated mirrors are now standard. 18-inch wheels are now standard on the Santa Fe Sport 2.0T. For 2016, the 40/20/40 rear seat is now an option. It also includes spring-loaded levers that allow you to fold the rear seats automatically from the cargo area.The standard seat is a 60/40 split seat. 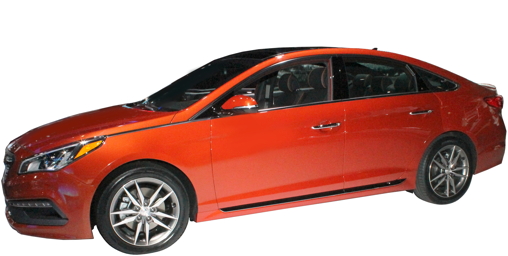 All-new for 2015, the Sonata gets suspension tuning improvements and improvements to fuel mileage on the 2.4 4-cylinder engine. Biggest news: on the safety front automatic emergency braking is added to models with forward collision warning. This will allow the Sonata to qualify for Insurance Institute for Highway Safety "TOP PICK PLUS" status. Limited 2.0T gets a heated steering wheel. 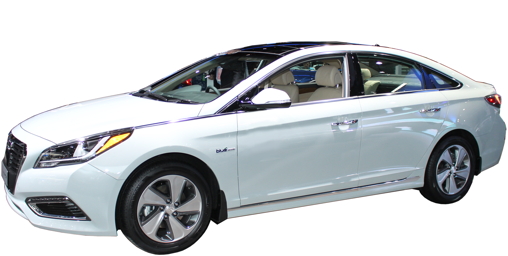 The Sonata was all-new for 2015, but the Sonata Hybrid carried over. Now the 2016 Sonata Hybrid is all-new, taking its chassis and body from the 2015 Sonata. Limited now offers optional automatic high beams. 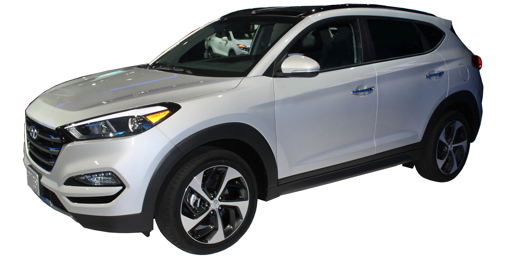 The base powertrain in the Tucson SE remains unchanged: a 2.0 gas-direct injection four-cylinder with 164 horsepower, six-speed automatic, and optional all-wheel-drive. Step up to Eco, Sport or Limited, and the Tucson replaces the 2.4 normally-aspirated (no turbo) four-cylinder with a 1.6 turbo borrowed from the Veloster Turbo. It is paired to a 7-speed dual-cluth transmission (mechanically similar to a manual, but automated with no clutch pedal) from the new for 2015 Sonata Eco. A back-up camera is now standard on all models. Tucson Limited now has rear parking sensor, also. Blind-Spot Warning and a Rear Cross-Traffic Alert are now offered (standard on Sport and Limited). A Lane Departure Warning is optional on Limited, as is a collision-prevention system that can detect pedestrians or other vehicles and automatically apply the brakes. The new chassis has a longer wheelbase by over an inch. Nineteen-inch wheels replace eighteens as the previous largest option. Cargo capacity is up by over five cubic feet, whether the rear seats are folded down or not. Passenger volume, headroom, front legroom, and hip room are all up marginally. Rear legroom is surprisingly cut by half an inch. The rear seats recline even further than the previous model. Between the new engine, transmission and a lower coefficient of drag (.33 vs. .37), fuel mileage is up. 2015 Tucson GLS FWD: 23 city/29 highway vs. 2016 Tucson Eco FWD: 26 city/33 highway. There are improvements across all possible comparisons. It still gets an even larger 16.4 gallon fuel tank, extending range up to 540 miles. Newly available comfort features include: adaptive headlights (turn in the direction you turn the steering wheel), heated rear seats, ventilated front seats, power passenger seat, power liftgate, and Blue Link smartphone integration. 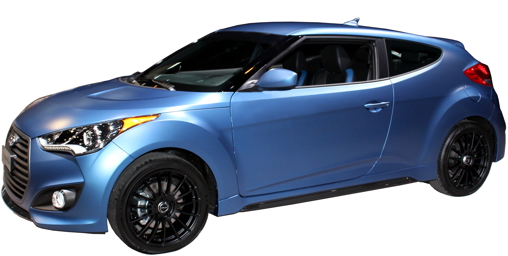 A Rally Edition (shown here) will be limited to 1200 copies. It will include all Veloster Turbo R-Spec equipment plus a stiffer suspension and larger 225/40R18 tires. Plain Veloster Turbos will offer an optional 7-speed Dual-Clutch (fully automated stick shift) transmission, replacing last year's 6-speed. A six-speed manual is still standard and the only available transmission on R-Spec and Rally. All Velosters get a revised hood, grille and front bumpers.