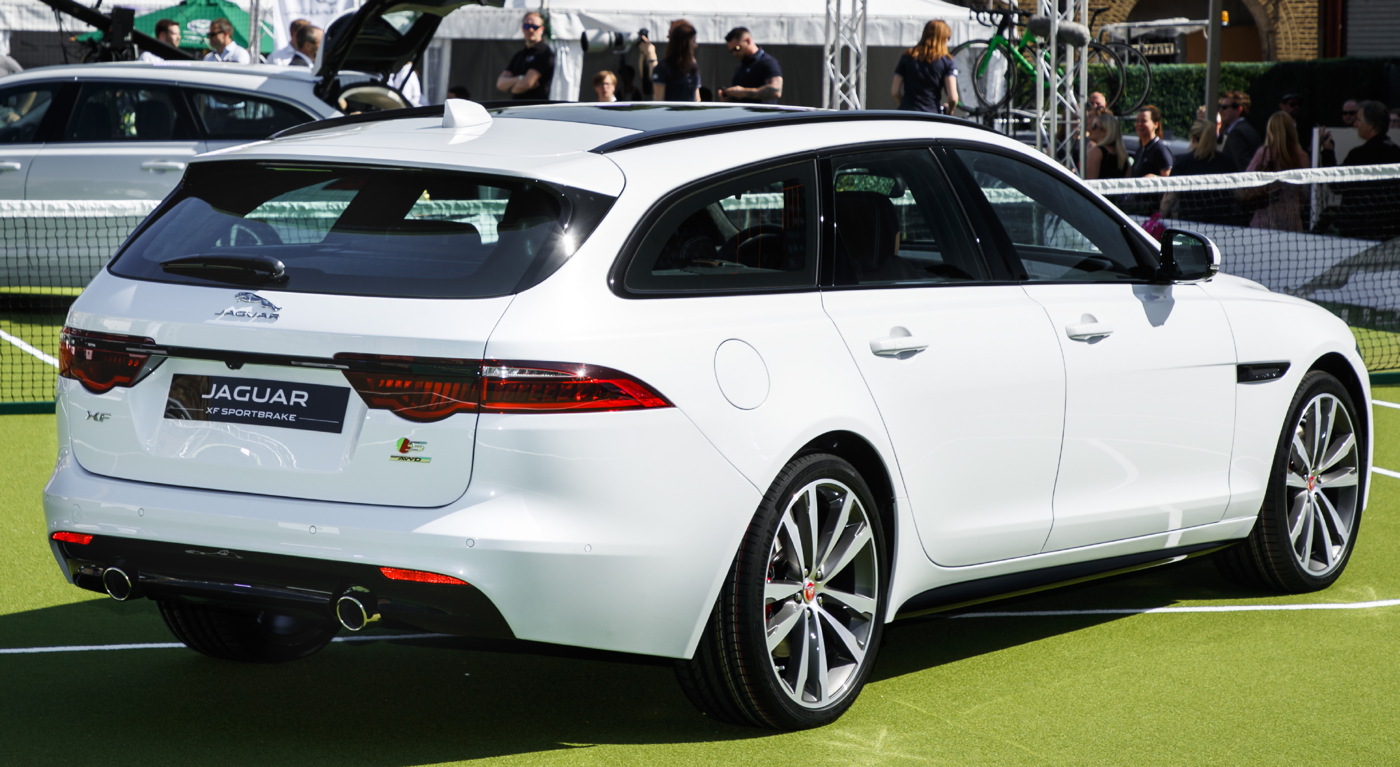 All the changes to all Jaguar vehicles for 2018 model year. Stay tuned and bookmark this article, as we will be updating it periodically with new information.

This new crossover is Jaguar's first vehicle based on a front-wheel-drive platform since the ill-conceived, Ford Contour based X-Type. Like the X-Type, it aims to obfuscate its FWD roots with a standard all-wheel-drive system.

The bones of the E-Pace are taken from its corporate sister the Land Rover Range Rover Evoque. In the case of a small crossover, I think Jaguar is on more solid ground. Pedigree isn't as closely scrutinized in this more practical segment. After all Porsche was able to transform the VW Touareg into the Cayenne. (The E-Pace is so closely related to the Evoque that it uses the Rover's trim level names: S, SE, and HSE.)

The 25t 2.0-liter 4-cylinder, updated with variable valve lift is the new base engine, badged 25t. An upgraded version of the same engine producing 296 horsepower and 295 pound-feet of torque has replaced the optional 340-horsepower supercharged V6.

The storied "Portfolio" trim level badge has been added to an F-Pace model that is the new top-of-the-line, above S models, even though it is equipped with a 4-cylinder and the S has the 380-horsepower supercharged V6.

Collision warning and automatic braking are now available on all models except the Base F-Pace. Lane Departure Warning (without Lane Keeping Assist) is also now optional on all but Base.

In addition to the fresh looks, the F-Type gets two new engines: an all-new 2.0-liter turbocharged 4-cylinder engine with variable valve timing and lift is the new base engine; a tuned up version of the 3.0 V6 with 400 horsepower powers the new Sport 400. Both are equipped exclusively with eight-speed automatic transmissions; Sport 400 offers all-wheel-drive.

Ventilated seats, cooled by the air conditioning are now an option throughout the model range.

Only in its second year of production, the XE gets a slew of new variants, engine upgrades and a new engine choice.

Added to the XE, XE Premium, XE Prestige and XE R-Sport are the XE S and Portfolio. Both Portfolio and S are above the previous trims in price and appointments, with the Portfolio the range topper. The S is now the only variant that offers the supercharged V6, which is now the 380-horsepower variant, up 40 from last year's XE 35t.

Above the 25t is a new version of the same engine, designated 30t; it is rated at a peak 296 horsepower and 295 pound-feet of torque.

Emergency Braking, which will activate the brakes automatically if a forward facing camera determines that a collision is imminent, is now available on all models except the base XE, standard on Portfolio, R-Sport and S.

The optional power trunk now includes hands-free opening and closing by kicking a foot under either side of the rear bumper.

A single-slot CD player is now offered: part of the technology package.

The new XF Sportbrake introduces the first Jaguar station wagon to the U.S. market. Initially at least, it will only come in the top performance specification: S, with the 3.0-liter supercharged 380-horsepower V6, an eight-speed automatic and all-wheel drive.

Two new 4-cylinder engines are available: both 2.0-liter gasoline turbocharged, the 25t has 247-horsepower and it becomes the new base engine. The 30t is rated at 296 horsepower and replaces the 340-horsepower 3.0 Supercharged V6. Both come standard with 8-speed automatics and offer optional all-wheel drive.

The 20d 180-horsepower diesel 4-cylinder remains as an option and the XF S remains powered by a 3.0-liter supercharged V6 with 380 horsepower.

Emergency Braking (forward collision warning and automatic brakeing) is now available on all models except the Base XF.

Base model no longer has automatic dimming exterior mirrors.

Memory driver's seat and mirrors now standard on all trims.

New for 2018 on all XJ models: Lane Departure Warning and Lane Keep Assist is standard, so is a Driver Condition Monitor.