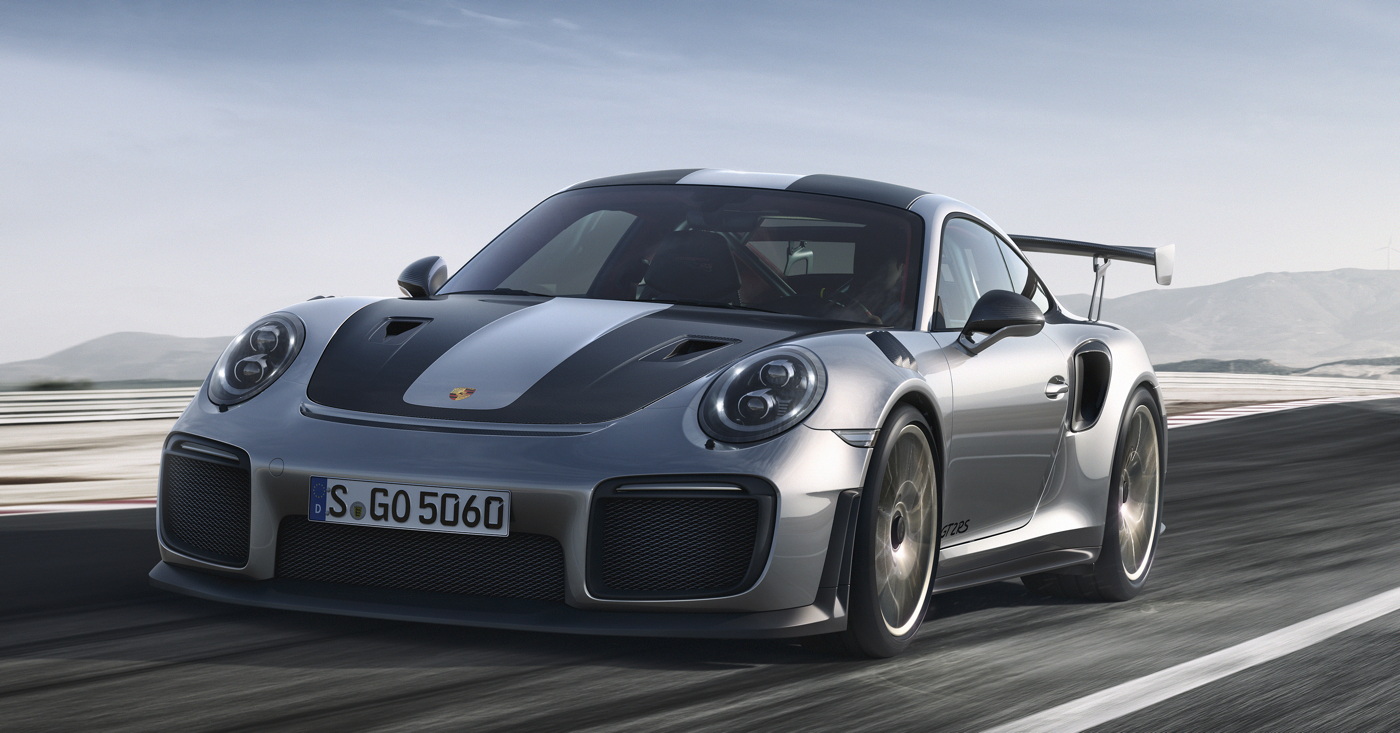 As we get new information on all of the 2018 Porsches, this article will be updated. So bookmark it!

New last year, the 911 is not standing still. Wedged between the 911 S twin-turbocharged 3.0-liter flat six-cylinder engine with 420 horsepower and the 911 Turbo 3.8-liter with 540 horsepower are two new models:

The hard-edged GT3 is still rear-wheel-drive only. It gets a bump in power: 500 horsepower from its 4.0-liter flat six (the only non-turbo Porsche engine left). It also offers an optional 6-speed manual transmission for the purists. The 6-speed also reduces overall weight by 37 pounds, to 3116.

The GTS variant is being added back to the 911 line for 2018. This time it uses a turbocharged engine, as the entire 911 lineup (except the above GT3): 3.0 liters, flat 6-cylinder makes 450 horsepower. The GTS is available as a coupe, cabriolet or Targa; with and without all-wheel-drive; with a 7-speed manual or a 7-speed PDK (sequential clutchless gearbox) transmission. You can save over $3000 because the 911 S offers a power kit option with the same output.

The base model is now available: 300 horsepower.

A station wagon arrives! Called "Sport Turismo" so no one will get the idea that they can pick up a week's worth of groceries in it or deliver their kid to college, the new Panamera body style adds  modestly to cargo capacity, up less than a cubic foot to 18.3 cubic feet with the rear seats up.