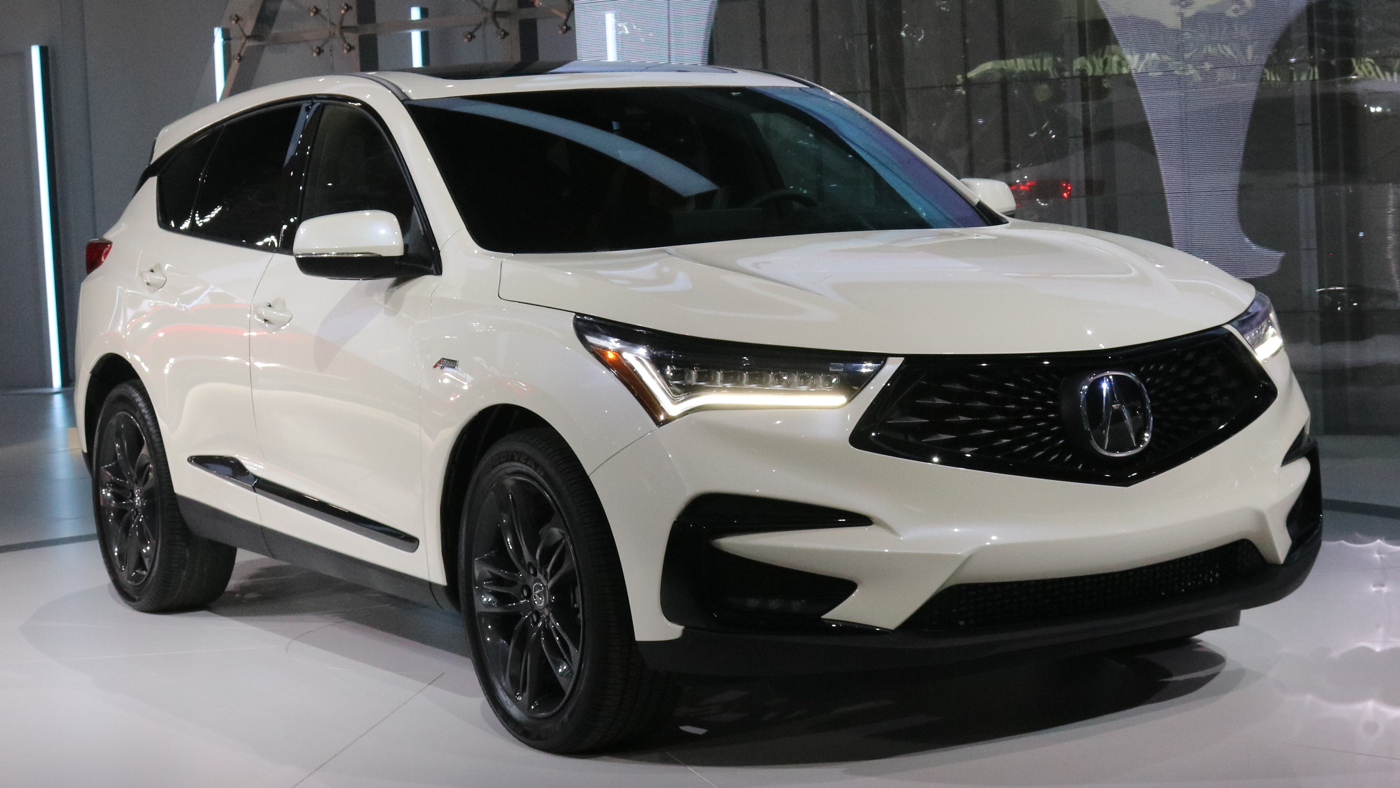 The ILX is the last Acura to lose the "Acura Beak" and get the new corporate diamond grille. The A-Spec version includes a lot of black chrome and becomes more easily distinguished from the regular ILX. In addition to the new grille there's a new hood, front fenders, fascia, wheels and headlights. Inside the seats are redesigned  and the infotainment system has been revamped, including faster response and a better touch screen. Apple CarPlay and Android Auto are included. The start-stop button now has a machine finish.

The Acura MDX will get a sporty A-Spec version, leaving the RLX and NSX as the only models without A-Spec versions, though I believe NSX owners aren't missing anything. The A-Spec is only offered with AWD (branded "Super Handling All-Wheel Drive" or SH-AWD) and comes with 20-inch wheels with fatter 265 section tires. It features a unique front fascia, wheels, body-colored sills, bigger exhaust tips and black grille. Chrome is blackened and headlight openings are smoked to finish the sinister appearance. Overall you should be banned from the kid pickup lane at preschool within a week.

Engines, suspension and brakes are all the same as standard for A-Spec models.

A 14-way driver's and 12-way passenger's power seats replace 10-way and 8-way. This includes 4-way lumbar adjustments on both.

The nine-speed automatic is retuned.

The very low volume NSX super car gets a refresh after only two model years. Except for a new color called Thermal Orange Pearl and blue and red interior options, all of the changes are under the skin. The chassis improvements are centered around larger, stiffer stabilizer bars and bushings. In addition, the SH-AWD software has been tweaked, allowing better turn-in by channeling more power to the outside rear tire sooner, along with similar changes to the software for the shock absorbers, steering and stability control.

Each time the RDX flip-flopped from turbo 4 to V6 to turbo 4 its fuel mileage improved and this time is no exception. city fuel mileage improves by 2 MPG on both AWD and Front-Wheel-Drive models. Newly available A-Spec models lose 1 MPG on the highway due to their fatter tires.

The usual magic takes place: stronger, stiffer body, more passenger room, moor cargo room, not much more weight. Of course swapping a V6 for a four takes a little of the magic out of it, but don't expect your performance to disappear: with almost the same horsepower (272 vs. 279) more torque (280 lb-ft vs. 252) and more gears (10-speeds vs 6), the new RDX should keep up with or pass the old one easily.

Stylistically the RDX gets sharper creases and loses the Acura shield, sharing its new grille with the rest of the newer Acura lineup. In the roofline, one would expect the new floating roof trend, but Acura mixes it up: instead of a glossy black insert above the C-pillar to give the illusion that someone forgot to glue the roof on, the RDX has a chrome strip that runs the length of the window-line. On A-Spec models it's black, but doesn't have the same look as other "floating" roof designs.

The front fascia, with its "C" shape is aggressive, especially blacked out as in the A-Spec.

As with many new vehicles, a whole raft of safety features that help drive the car are standard: frontal crash warning and automatic braking, smart cruise control, lane keeping assistance, road departure mitigation (detects if you leave the road surface and helps you back on without over-correcting). Blind-spot warning and rear cross path warning are available.

The infotainment system in the RDX gets a new interface, the latest in the search for "let's control everything without any buttons and try not to die." Called "True Touchpad," it attempts a one-to-one mapping of the touch interface with the screen so that a touch on the upper left corner of the pad activates the item on the upper left portion of the screen. It also allows the drawing of characters, similar to the Audi interface, in the entry of things such as addresses for the navigation system.

The audio system has standard Apple CarPlay, but Android Auto will await a later over-the-air update to the system.

Huge CD wallets take one more step towards oblivion as the RDX no longer offers a CD player.

Fans of the edgier A-Spec model will be able to choose a 4-cylinder engine this year. Previously the A-Spec was only available with the V6 engine, but now the 19-inch wheels, more aggressive aerodynamics, matte black accents and darkened headlight recesses can be equipped with the standard 206 horsepower 2.4-liter 4-cylinder engine.